Then, a gift from the football heavens fell into the lap of the kid from Wisconsin: A videotape of Canadian Football League highlights.

“My dad worked nights, so he’d record Packer games to watch,” remembers Pritchard some 18 years later. “There weren’t many good ones, so that CFL tape got a lot of play — you immediately got the idea it was a fun league.”

When CFL USA expansion came along a few years later, he was hooked for good. 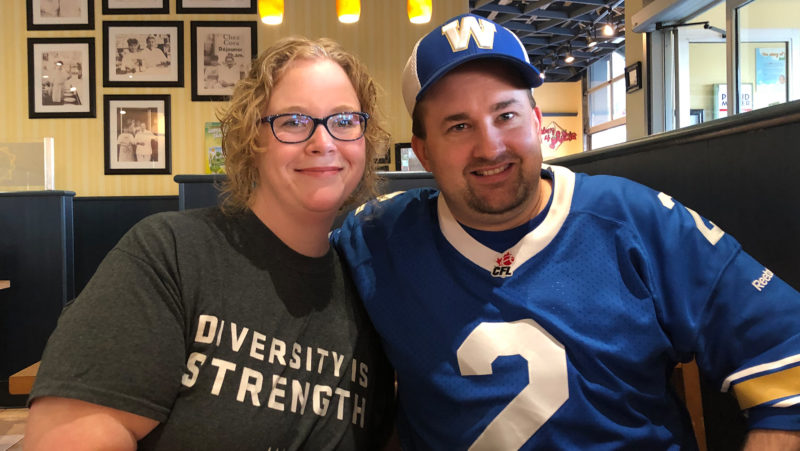 Stephanie and Joe Pritchard sat down to chat CFL on their trip to Toronto (Carlos Verde/CFL.ca)

They’ve travelled from Wisconsion to the Big Smoke (via Chicago) to watch his favourite football team, the Winnipeg Blue Bombers, face the Toronto Argonauts on Thursday Night Football.

From his first Labour Day Classic in Regina back in 2006, through Grey Cups in multiple Canadian cities, Joe has fallen in love with the Canadian game and its fan community.

“It’s the most welcoming community I’ve ever been a part of,” beams Pritchard, who co-hosts the Red, White and Blue podcast for American CFL fans. “It’s so open, and people are so happy to have me there.

“I started talking about the league on Twitter in 2014, and all these people reached out and said ‘hey, it’s great to have you’,” he continues. “Then going up to Grey Cup and meeting these people, plus the podcasters getting together as a group…I have a friend in every CFL city, and that’s just amazing to me.”

RELATED: Fans of Football: South of the Border

It was a chance online encounter with former Riders kicker Dave Ridgway that opened Pritchard’s eyes to the unique culture of the CFL.

“After the US teams went away, it was hard to follow the league,” explains Pritchard, clad in his Bomber hat and jersey. “But Dave Ridgway was answering questions on a CFL site in the early-2000s, and I asked how to get his book.

“Next thing I know, they sent the book for free, with autographed cards.” 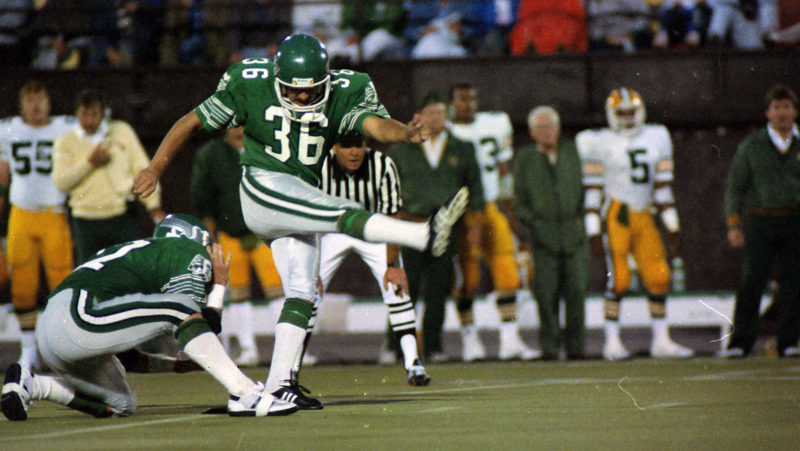 Then, a friend from another CFL site invited him up for a Labour Day Classic — with one stipulation.

“He told me that if I came up in Rider gear, I’d have to sleep in the dumpster,” chuckles Pritchard. “It was my first trip away from home alone, (and) I wasn’t willing to take the risk.”

The rest, then, is blue and gold history.

Stephanie Pritchard met her future husband in 2006, and it wasn’t long before she adopted his CFL fandom.

“I knew about it pretty quickly, but didn’t really get it: At first I thought it was soccer,” she laughs in the booth, wearing a CFL #DiversityIsStrength t-shirt. “It was a whole new thing for me, (and) it’s been a big part of our life, I really enjoy it.”

When son Jeremiah — spelled “like Jeremiah Johnson” — came along in late 2017, questions quickly arose about the boy’s CFL allegiance.

Doing my part to raise the next generation of @CFL fans. @Wpg_BlueBombers pic.twitter.com/q8MHN6BzgW

While Joe is a tried-and-tested Bombers fan, Stephanie has a soft spot for the Calgary Stampeders — and jokingly reached for a West Division trifecta.

“I joke with him that we’re going to raise our kid to be a Roughriders fan, with lots of green and white,” she smiles. “He doesn’t like that, and gets very upset when I bring it up — it hasn’t happened yet.”

As he leaves the restaurant, the name on the back of Pritchard’s vintage Bombers jersey reads CLEMENTS. 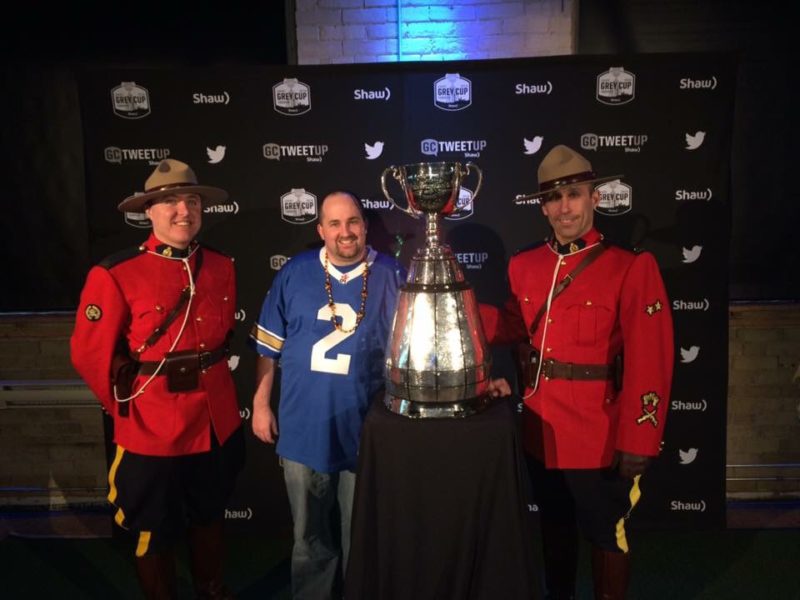 As in Tom Clements, a player he never watched live in the Canadian Football League, yet remains his all-time favourite.

“He’s a bridge to a lot of the things I like,” explains Joe. “He obviously won a Grey Cup in Winnipeg (and) had a legendary CFL moment, but I’m also a college football fan and he was the QB before (Joe) Montana at Notre Dame, then coached the Packers as an offensive coordinator.

“He connects all my dots.”

Consider, for a moment, the various Canadian Football League dots that lead to Joe Pritchard.

There’s the chance encounter with Bombers president Wade Miller in Hamilton back in 2015; countless Grey Cup parties and trips to watch the Bombers; the volley of conversations with fans across Canada and the larger world.

All dots lead back to a fan from Wisconsin.

To new parents who deck their son out in the colours of whichever CFL fan base is friendly enough to send clothes.

To a fan who does not call the Riders a rival, but rather his “ninth-favourite CFL team.”