O’Leary: Collaros heading back to where it all began 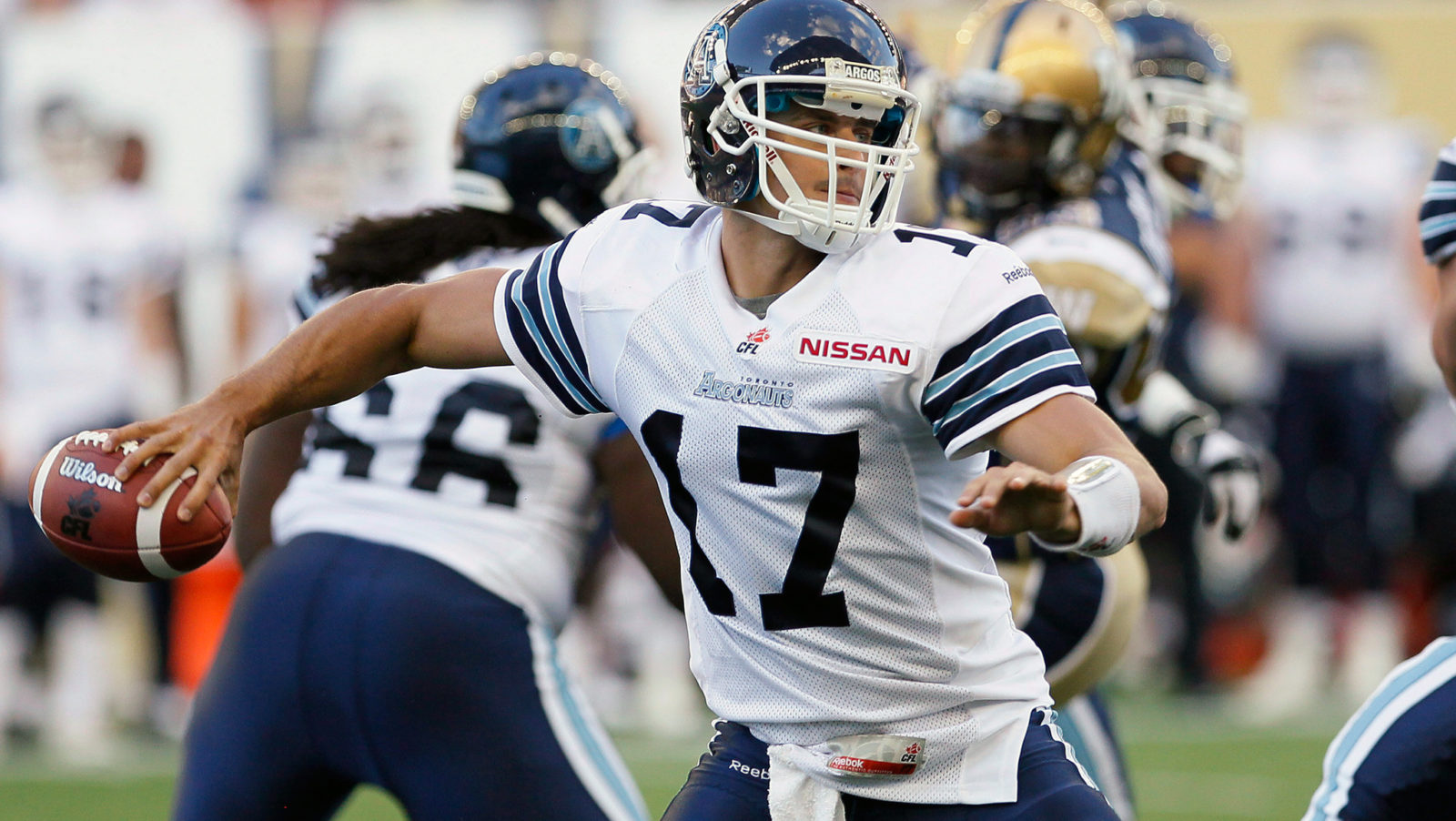 O’Leary: Collaros heading back to where it all began

It’s certainly not the path he would have envisioned, but Zach Collaros has found his way back to Toronto.

The struggling Argonauts made the deal on Wednesday to bring back their once upon a time backup, in the hopes that he can kickstart some success for them in the remaining two-thirds of the season.

The Saskatchewan Roughriders picked up a conditional fourth-round pick in the 2020 draft in the deal, while cementing another former Argo QB, Cody Fajardo, as their starter.

Collaros launched his CFL career in Toronto. He was a backup on the Argos’ Grey Cup-winning 2012 team and took over starting duties in 2013 when Ricky Ray was injured. That year, he started eight games and went 5-3 as a starter. In four of those games, he had game-winning fourth-quarter drives and two 300-yard passing games.

RELATED
» Zach’s back: Argos acquire Collaros from Riders
» The Weekly Say: Have the Riders reached contender status?
» Riders’ Dickenson: Ticats will be a test
» Accuracy Grades: Who was on target in Week 7?

He signed with Hamilton as a free agent in February 2014, setting himself up for the best stretch of his career. He threw for 3,261 yards and rushed for a career-best 328 yards in 13 games that year and took the Ticats to the Grey Cup game. He was on a MOP pace in 2015, before he blew his ACL. At the time of his injury, he was leading the league in passing yards, touchdown passes and passer rating.

In a sense, Collaros reunites with the team that gave him his CFL start at a time when they’re both reeling. Now 30, Collaros hasn’t been able to get his career back to where it was in 2015 when he hit the turf with that knee injury. When Hamilton fell to 0-8 in 2017, he lost the starting QB job to Jeremiah Masoli and the Ticats began to claw their way back to significance. Collaros was traded to Saskatchewan in 2018 and while the Riders went 12-6, the team was carried by a prolific defence; the offence lacked the punch that many had hoped Collaros would bring. Having re-signed with the Riders for 2019, he was injured on the team’s first drive of the season and placed on the six-game injured list.

The Argos found some success after Collaros left, with Ray guiding the team to another Grey Cup in 2017, but they’ve certainly fallen on hard times since. The Argos won just four games last year and are of course 0-6 as they head into their Thursday night game at BMO Field against the 5-1 Winnipeg Blue Bombers. Quarterback play has been an issue throughout this win-starved stretch. James Franklin only got two games into his stretch as the starter before he was placed on the six-game injured list. He’d made 36 of 54 passes for just one touchdown and three interceptions. Head coach Corey Chamblin made it clear in Wednesday’s walkthrough that McLeod Bethel-Thompson is on his last legs as a starter, having made 97 of 154 passes for 1,249 yards, seven touchdowns and nine interceptions through six appearances.

If there isn’t a sense of desperation to this move, there’s at least urgency. The Argos need to get competitive in a hurry to have a hope of salvaging their season and conversely, Collaros may be running out of auditions for teams. He’s incurred a lot of damage over the last few years and hasn’t been able to put up the numbers that he did in the early stages of his career.

In trading Collaros, the Riders have given Fajardo something that’s very hard to come by in football at any level: Stability. 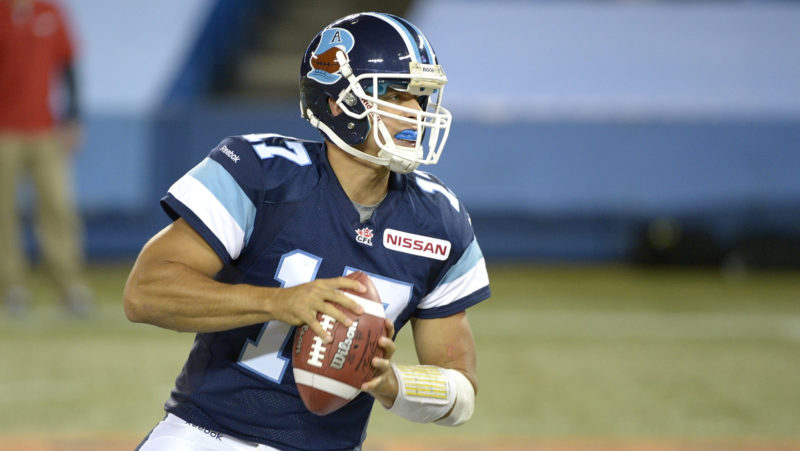 There are no more questions about whose team this is and no matter how professionally Collaros might have handled the situation, the awkwardness of having an established, veteran QB taking a backseat to his younger backup is also gone. A year ago at this point, the Riders’ passing percentage was a league-worst 61.4; this year it’s first, at 71.7 percent. Fajardo has the Riders’ passing rating up to 96.8 from 71.9. An offence that averaged 191 passing yards per game last year is now putting up 265. The Riders have searched for a quality starting quarterback since Darian Durant left town. In Fajardo, the future has finally arrived.

In a season that has had just about everything go wrong at the worst time possible for the Argos, this move was made with good timing. The Argos will head into a bye week after Thursday’s game against Winnipeg. That will give Collaros a bonus week to first, show that he’s healthy enough to play after taking a hit to the head from Simoni Lawrence in that season-opening game and second, to get to work on learning Jacques Chapdelaine’s offence.

This will be an uphill battle for Collaros and the Argos, but they’ve found each other again when they need each other the most.