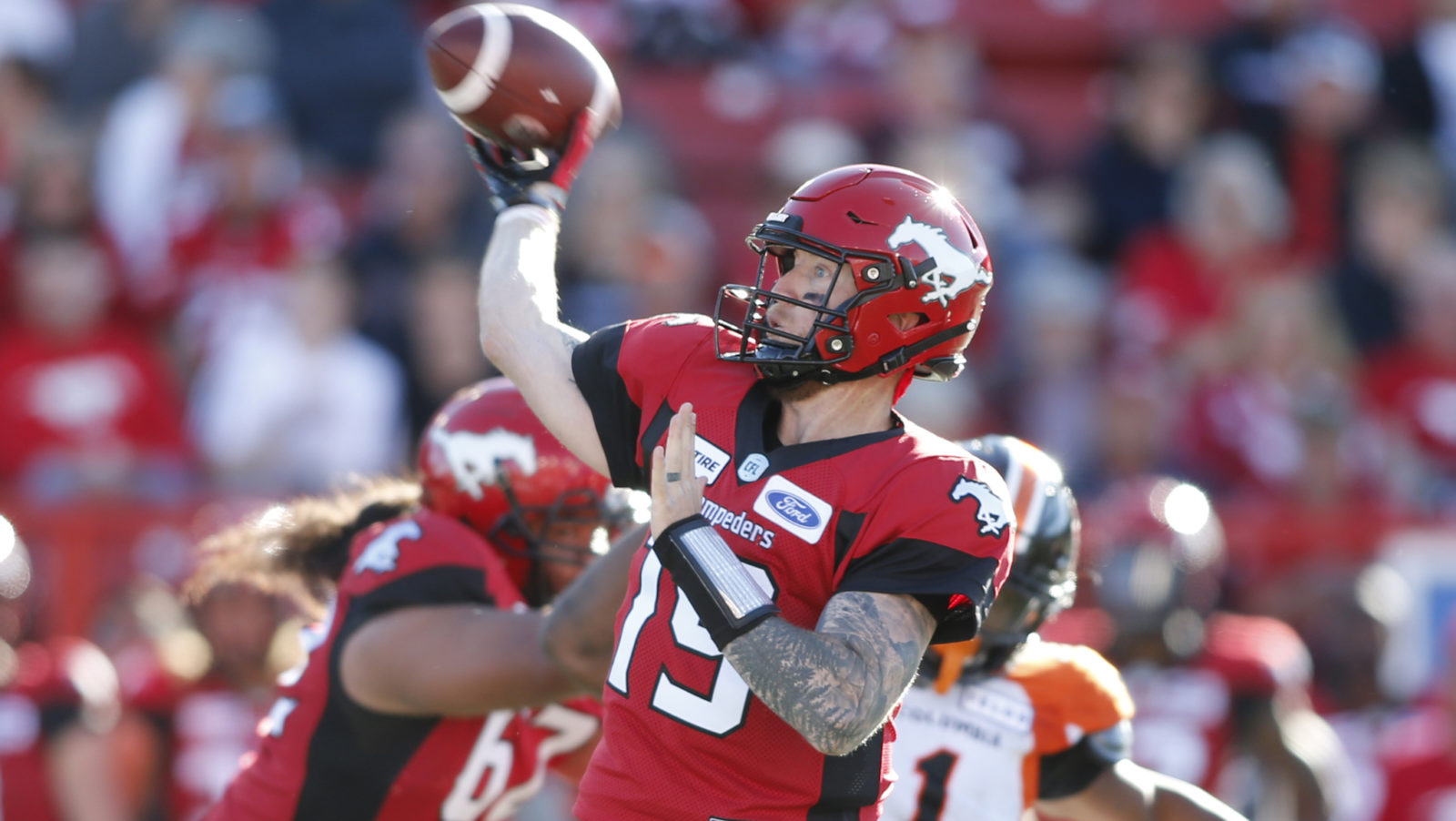 CALGARY — Calgary Stampeders star quarterback Bo Levi Mitchell said that he’ll start to throw again on Friday, according to the Calgary Sun’s Danny Austin, who added that the pivot is aiming for a return on Aug 17 against the Montreal Alouettes.

Bo Levi Mitchell says he’ll start throwing the football on Friday.
Is targeting a return to action against the Alouettes on August 17

The CFL Most Outstanding Player and Grey Cup MVP in 2018 injured his throwing arm during the Stamps’ Week 3 game against the BC Lions. The team placed Mitchell on the six-game injured list following the game.

In two games this season, the 29-year-old has completed 63 per cent of his passes for 527 yards with three touchdowns and two interceptions.

Backup Nick Arbuckle has stepped in and helped steady the ship in Mitchell’s absence. The third-year man has completed 102 of 138 passes for 1,284 yards while throwing five touchdowns and a pair of picks.

The Stamps will welcome the Edmonton Eskimos to McMahon Stadium for the first installment of the Battle of Alberta on Aug 3. Kickoff is set for 7:00 p.m. ET.