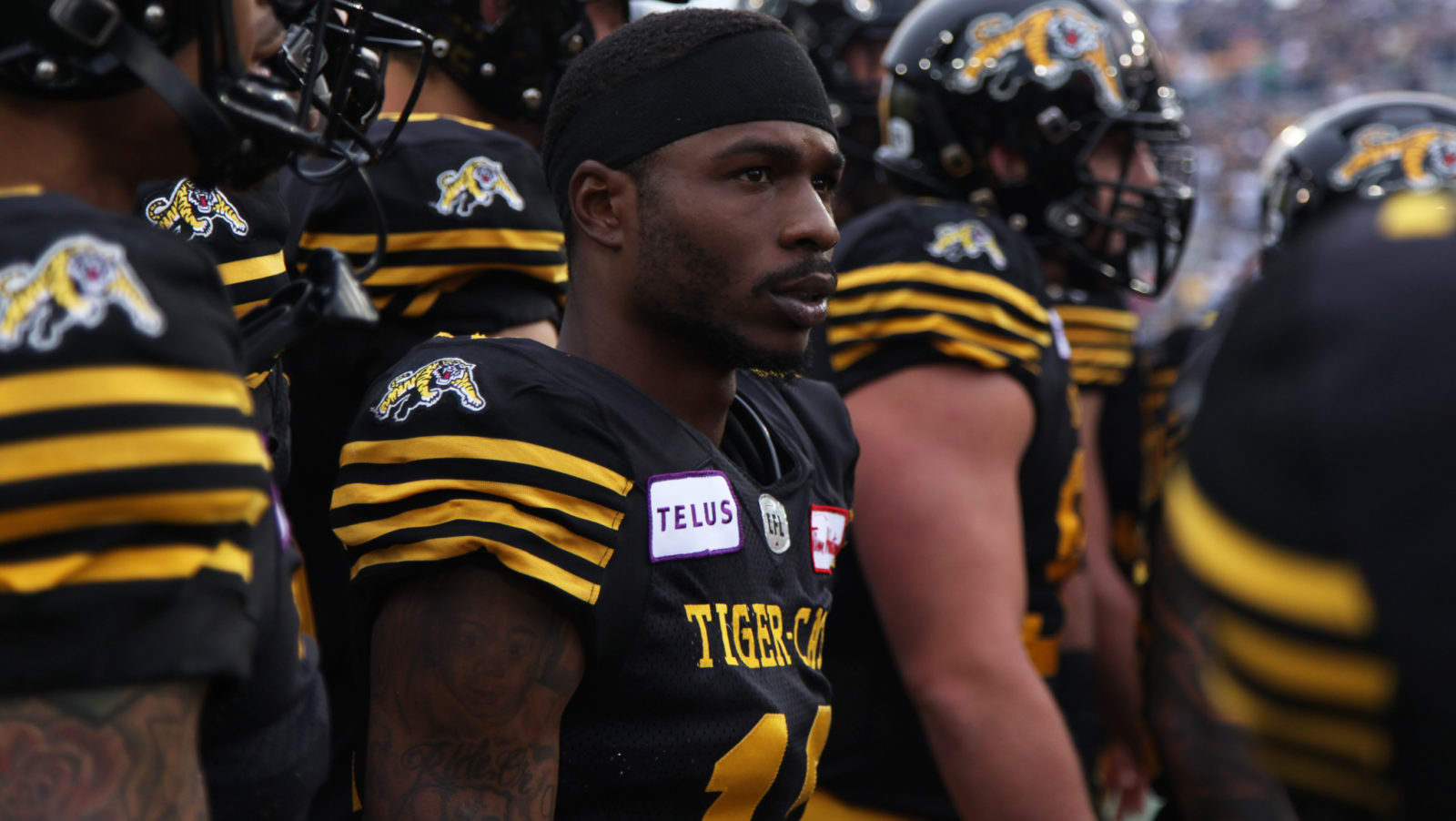 HAMILTON — The Hamilton Tiger-Cats will be without four big contributors when they take on the Saskatchewan Roughriders on Thursday night.

Receiver Brandon Banks and offensive lineman Darius Ciraco were both left off the team’s depth chart ahead of the game. Defensive back Will Likely III and defensive end Adrian Tracy will also be out with injuries.

Banks currently leads the league in receiving yards with 554 on 42 catches. He sat out of practice Monday, and while he was elevated before a final decision was made, it looks as though he’ll need a week before being back to game shape.

Ciraco had started at right guard in all six of Hamilton’s games this season. The23-year-old is in his second CFL season.

Tracy has been an early catalyst for Hamilton on the defensive side of the ball. He’s notched three sacks and a pair of forced fumbles to go along with seven tackles in five games.

The Ticats and Riders are set to kick off at 9:30 p.m. ET on Thursday night.