Berg vs. Ferg: Who’s the player to watch in the Battle of Alberta? 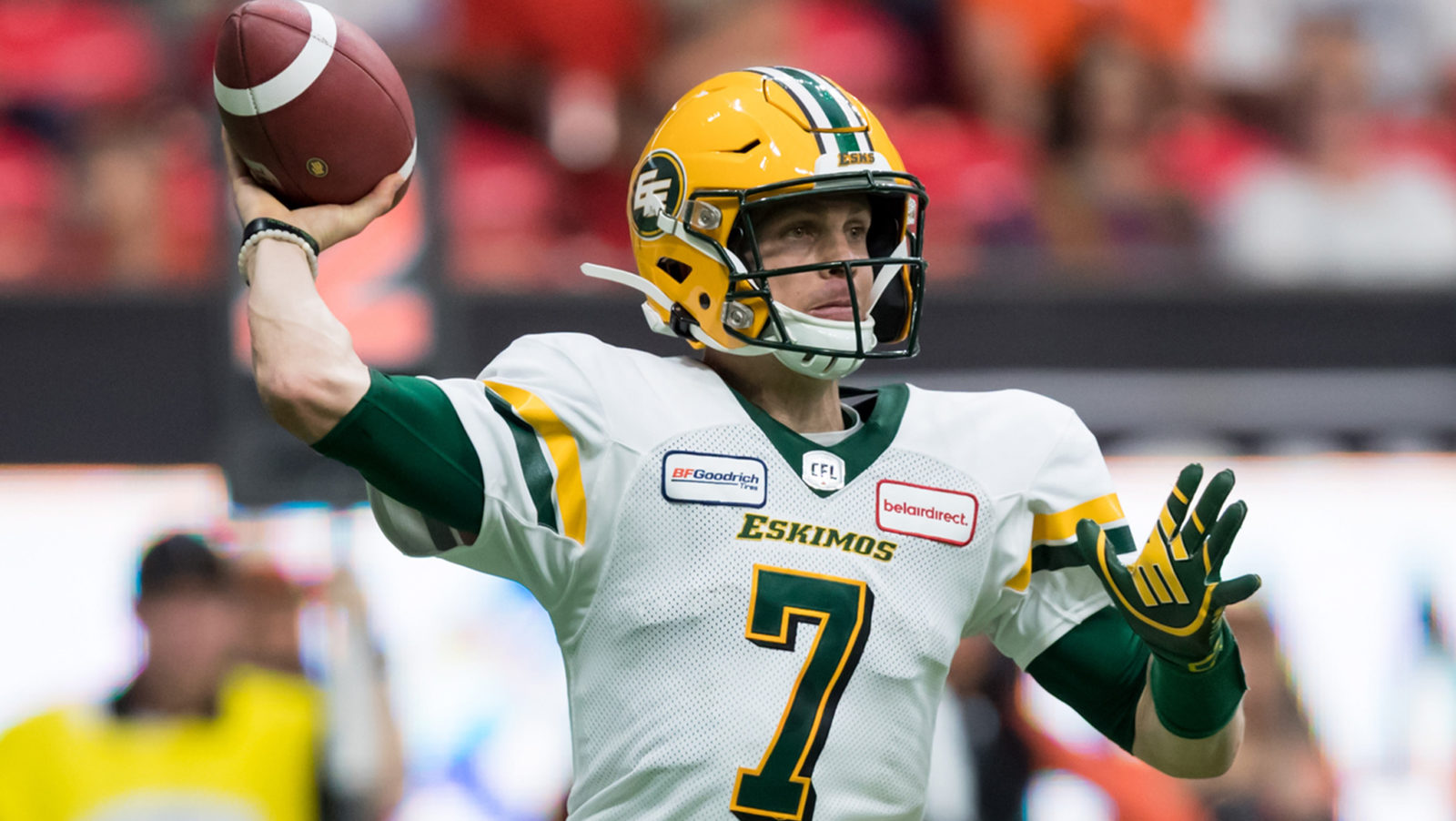 Berg vs. Ferg: Who’s the player to watch in the Battle of Alberta?

Berg vs. Ferg is back for 2019 as columnists Pat Steinberg and Marshall Ferguson debate over some of the league’s most contentious storylines. This week’s question: Who is the player to watch in the Battle of Alberta?

TORONTO — The Battle of Alberta is one of the CFL’s most anticipated rivalries, and we’re about to see plenty of it with three renditions over the next six weeks.

However, many of the usual faces we’re used to seeing have changed, as Mike Reilly, Derel Walker, Kamar Jorden and Alex Singleton, among several others, have all gone absent since the last time these teams met. Even Stamps quarterback Bo Levi Mitchell will miss Saturday’s duel with an injury.

RELATED
» The Waggle, Ep. 169: Trouble in Tigertown?
» Checking Down: Playmakers on the sidelines in Week 8
» Morris: Arceneaux leading by example in first season with Riders

With that said, this historic provincial rivalry is about to get a face lift in Week 8, with plenty of exciting new names added to the mix. While Nick Arbuckle continues to emerge as one of the CFL’s bright up-and-coming stars, two thirds of Calgary’s defence have changed since a year ago, including starting linebacker and former Eskimo Cory Greenwood on defence.

On the other side of the ball, DaVaris Daniels has switched side in the rivalry, going from Calgary to Edmonton in the off-season, while the Eskimos have added Trevor Harris, Greg Ellingson and Ricky Collins to the mix following an action-packed off-season.

In a rivalry that once regularly featured two of the CFL’s top pivots, who’s the player to watch in the Battle of Alberta as tensions renew this weekend?

It’s no secret there are plenty of players to watch in the Battle of Alberta despite the loss of Calgary’s starting quarterback Bo Levi Mitchell to injury and Mike Reilly to the Lions in free agency.

Calgary maintains a deep and talented roster while the Eskimos back filled the loss of Reilly with a plethora of talent.

For my money there is one name that stands out above the rest because unlike almost everyone else involved in this matchup, his decision directly connects the two teams at hand.

DaVaris Daniels made a very clear decision to leave a Grey Cup Championship team and head north for what he deemed to be greener – and more golden – pastures.

After a slow start to the year, I get the sense Daniels is just starting to warm up and with the talents of Greg Ellingson, Kenny Stafford and Ricky Collins Jr. surrounding him, I wonder if Daniels doesn’t slide under the radar and come back to haunt his former team.

Only adding to the concept that Daniels might enjoy some all-Alberta loving is the fact that last year while wearing red and black he torched Edmonton – his new team – for 116 yards in back to back games. The first time on seven catches and the next on just four.

DaVaris Daniels is motivated, healthy and finding his groove in an Edmonton offence already operating at top level efficiency before his status was game-ready this season. You’re going to want to keep an eye on him Saturday because if the Stampeders don’t, he will ring it up on his old club in a hurry.

BERG (3-9): WELCOME TO THE BATTLE OF ALBERTA, TREVOR HARRIS

Trevor Harris is the player to watch in round one of this year’s Battle of Alberta for a few reasons. When Harris’s Edmonton Eskimos roll into McMahon Stadium on Saturday night, he’ll be facing the Stampeders for the first time since November’s Grey Cup. Not only that, Harris will be taking part in one of the CFL’s most heated rivalries for the first time. With how well he’s played this season, I’ll have my eyes trained on him this weekend.

As a member of the Ottawa REDBLACKS, Harris struggled in his last showdown against Calgary. In fact, the Stamps seem to have had his number over the course of his career; he and Ottawa’s offence had enormous troubles moving the football against Calgary in two regular season games last year, too. But this is a different Stampeders team, specifically on defence; can Harris exorcise a few demons?

There’s also something special about playing in a rivalry like the one that exists between Calgary and Edmonton. Harris has yet to partake in the Battle of Alberta and these two teams play one another three times over the next six weeks. Many players have defined their careers in their respective city by what they do against their provincial rival. Let’s see what type of damage Harris can do against the Stamps.

With players like Mike Reilly and Bo Levi Mitchell not a part of this edition of the BOA, it’s a good chance to focus in on some other stars. Edmonton’s DaVaris Daniels is playing his former team for the first time. Calgary’s Nick Arbuckle is forging a career for himself filling in for Mitchell. Knowing how well Harris has played in 2019, though, I think he’s the guy to watch this weekend.

Fan Poll
Who is the player to watch in the Battle of Alberta?
DaVaris Daniels
Vote
Trevor Harris
Vote
Submit View Poll Results