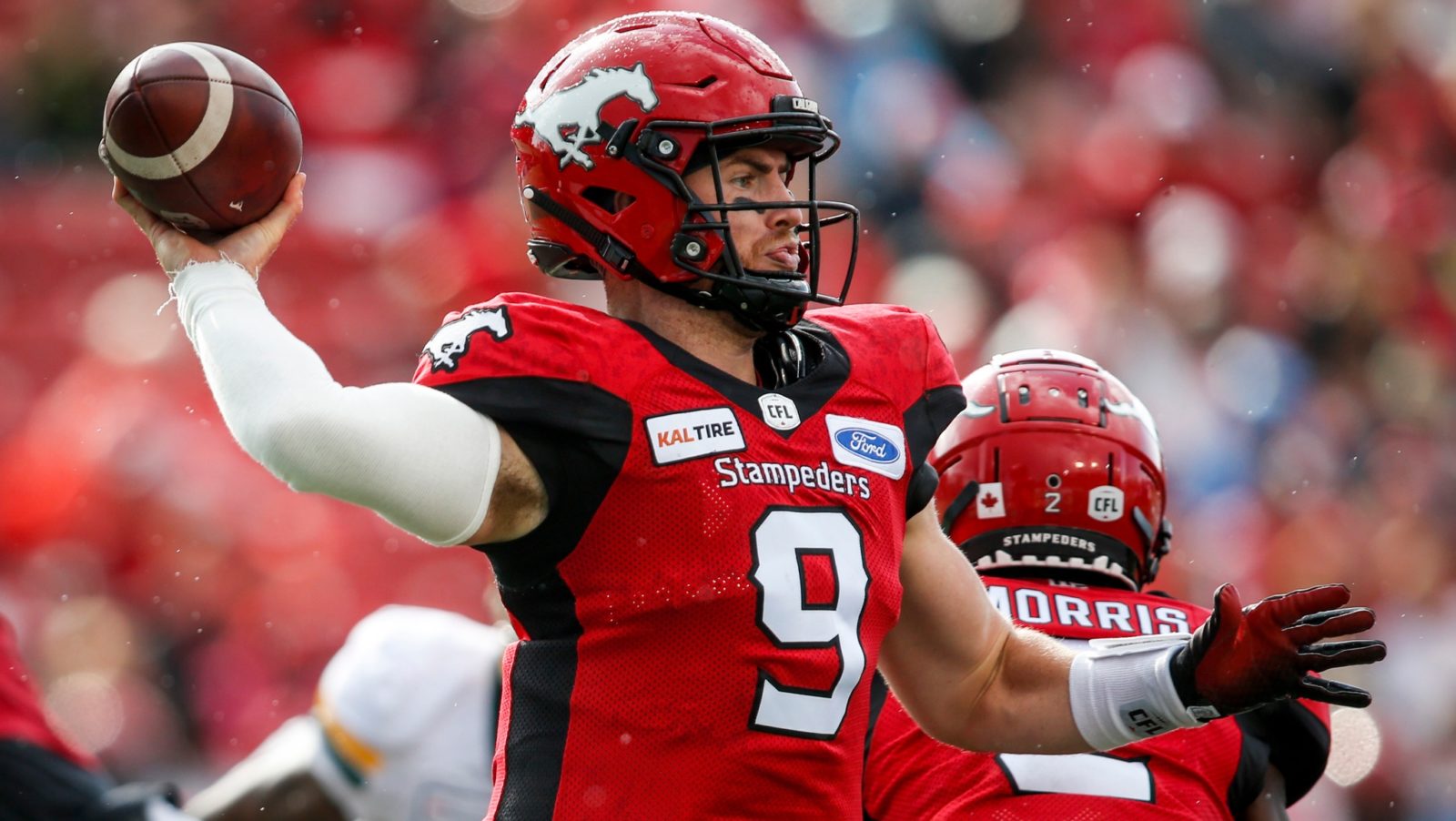 CALGARY — The Calgary Stampeders came out on top against the Edmonton Eskimos on Saturday with a 24-18 home victory in the Battle of Alberta. The Stamps improved their record to 5-2 and now share first place in the West with the Winnipeg Blue Bombers.

Strong defence was the story early on, with both offences struggling to get drives going against tight coverage and heavy pressure. Calgary’s defence held quarterback Trevor Harris and the Esks’ offence to just 78 total yards in the first half.

Three field goals from Rene Paredes gave Calgary a two possession lead heading into half-time, but a safety and an 83-yard touchdown pass from Harris to Ricky Collins evened things up in the third quarter. The Stamps responded instantly and reclaimed the lead with a 103-yard kickoff return touchdown from Terry Williams, helping establish a new CFL record with the eighth kickoff return touchdown scored across the league this season.

Quarterback Nick Arbuckle extended Calgary’s lead with a 25-yard touchdown pass to receiver Eric Rogers after the Stamps forced a turnover on special teams, but Harris responded with another touchdown pass to Collins that narrowed the Stamps’ lead in the fourth quarter. Edmonton made it a three-point game with a field goal down the stretch, but Paredes added his fourth field goal of the game to seal the victory for Calgary.

Dominant defensive play from both teams led to a scoreless opening quarter, but a solid 34-yard punt return from Williams helped set the Stamps up for a 47-yard field goal from Paredes to open the scoring in the second quarter. Paredes added a 43-yard field goal later in the quarter to extend Calgary’s lead.

An 18-yard catch from receiver Reggie Begelton and a 10-yard rush from Arbuckle had the Stamps driving before half-time, but Esks defensive tackle Almondo Sewell got to Arbuckle for a sack to force another Calgary field goal. Paredes knocked the 42-yard kick through the uprights to give the Stamps a 9-0 lead heading into the third quarter.

Edmonton got on the board after the half when a big sack from defensive lineman Mike Moore forced the Stamps to concede a safety deep in their own end, making the score 9-2. The Esks’ offence then got things rolling on the ensuing drive when Harris beat the corner blitz and hit Collins deep down the field for an 83-yard touchdown bomb. Kicker Sean Whyte added the extra point to tie the game up at nine apiece.

But momentum swung right back on the very next play when Williams returned the kickoff 103 yards to the end zone, giving the lead back to Calgary. The Stamps’ two-point conversion attempt fell short, leaving Calgary with a 15-9 lead.

The Stamps notched a key turnover on special teams when Charlie Power stripped the football away from Martese Jackson on a punt return. Royce Metchie recovered the ball for Calgary, and the offence made the most of the field position by scoring its first touchdown of the game. Receiver Markeith Ambles gained 15 yards on a catch-and-run before Arbuckle found Rogers for a 25-yard touchdown pass.

Rogers broke a tackle attempt from Esks defensive back Tyquwan Glass to get into the end zone for the score, but an unsuccessful two-point conversion left the Stamps with a 21-9 lead heading into the fourth quarter.

Edmonton got back in the game with another touchdown connection from Harris to Collins, as the Esks quarterback found his playmaking receiver for a crucial 26-yard touchdown that made the score 21-15.

Edmonton made it a three-point game with just under ten minutes to go on a 31-yard field goal from Whyte. The score was set up by a turnover from the Esks’ punt coverage unit, as Nicholas Taylor forced a fumble on Williams and Godfrey Onyeka recovered the ball. Paredes added a 27-yard field goal to extend Calgary’s lead, and Edmonton’s comeback hopes fell just short on the final play of the game.

Week 9 will see the Calgary Stampeders face the Winnipeg Blue Bombers on the road next Thursday, while the Edmonton Eskimos will host the Ottawa REDBLACKS next Friday.