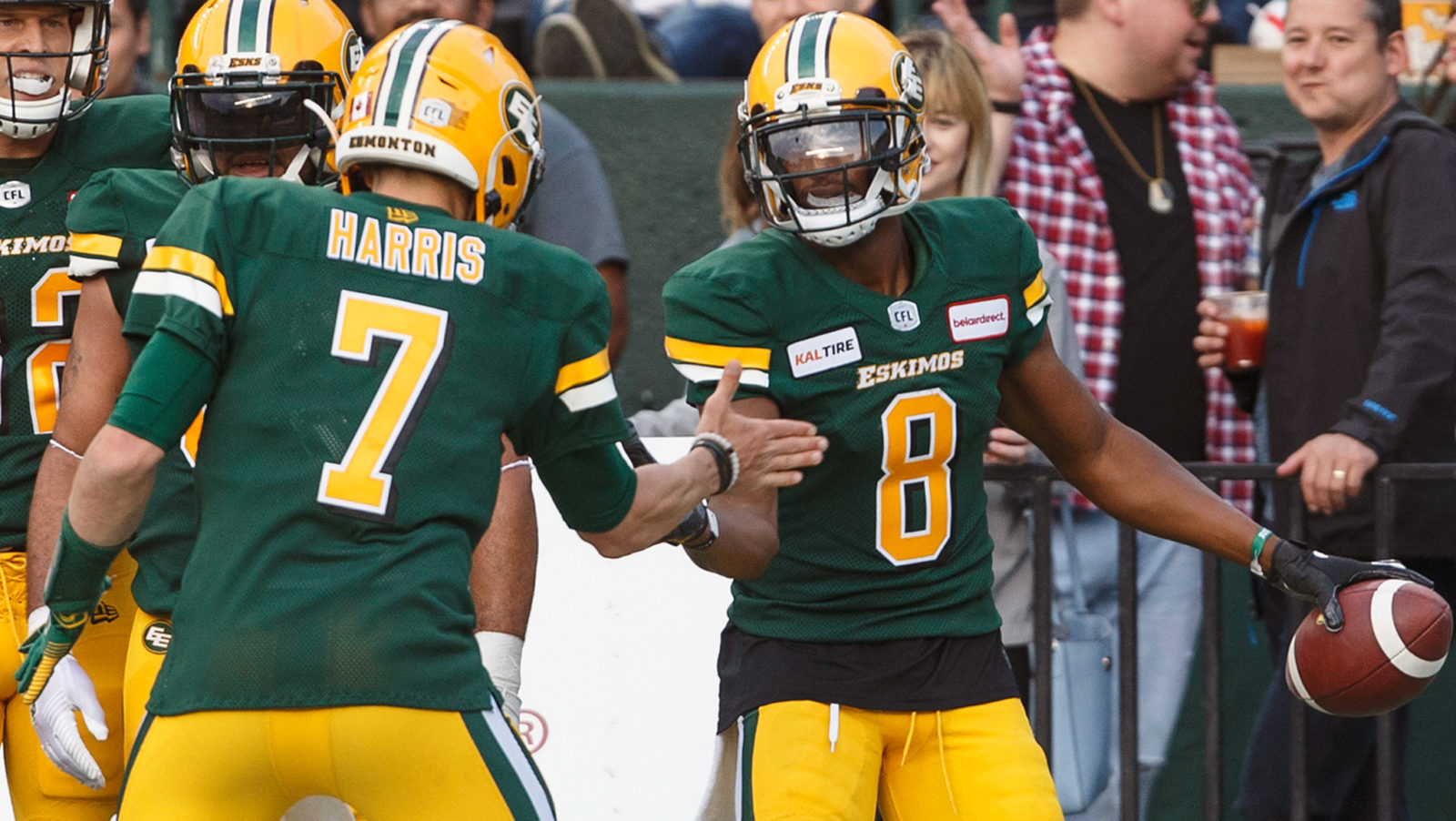 Jones has spent the past three seasons with the Roughriders where he has returned 111 punts for 1,441 yards and three touchdowns and also 51 kickoff returns for 1,225 yards.

Jones spent four seasons at Alabama (2011-14) appearing in 52 games and catching 1,030 yards and seven touchdowns on 85 receptions. He also returned 68 kickoffs for 1,727 yards and two touchdowns as well as 66 punts for 719 yards and three touchdowns. While at Alabama, he won two national championships in 2011 and 2014 and was named the SEC Special Teams Player of the Year in 2013.

Stafford (6’3-204 lbs) is entering his seventh year in the Canadian Football League, having spent time with the Calgary Stampeders, Montreal Alouettes and Edmonton Eskimos.

The 29-year-old has played in 70 career games earning 2,626 receiving yards and 18 touchdowns and an average of 13.5 yards per reception. Stafford is a Grey Cup Champion, winning it in 2015 as a member of the Edmonton Eskimos.

This season with the Eskimos, Stafford has 30 receptions for 366 yards and two touchdowns.

The Saskatchewan Roughriders have also announced the followed roster moves:

ADDED TO THE PRACTICE ROSTER

RELEASED FROM THE PRACTICE ROSTER