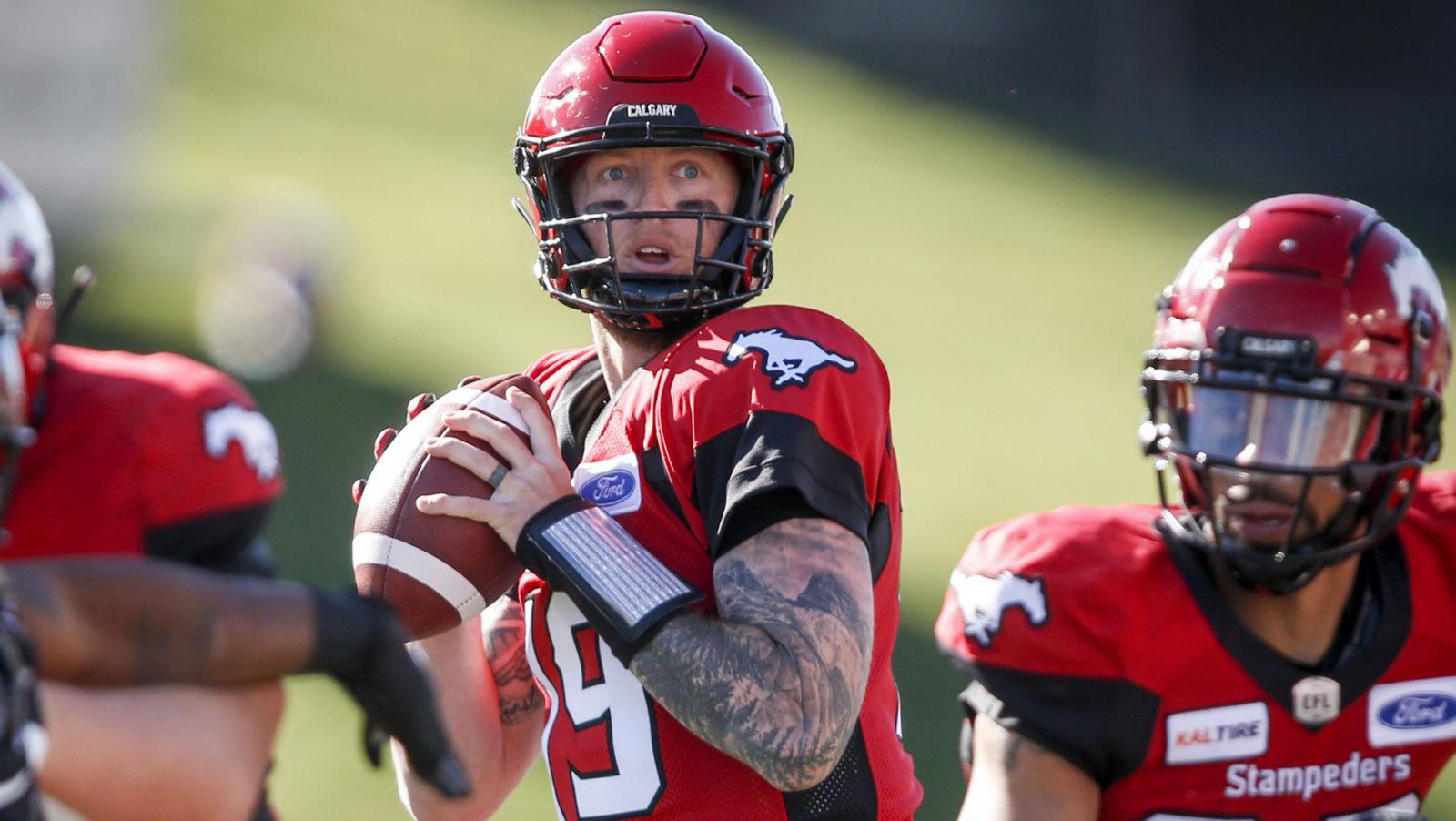 CALGARY — The Calgary Stampeders could be getting star quarterback Bo Levi Mitchell back earlier that originally expected.

The 2018 CFL Most Outstanding Player and Grey Cup MVP is slated to be a full participant at practice on Tuesday, according to Stamps play-by-play announcer Mark Stephen.

UPDATE: Bo Levi Mitchell will be a full participant in Tuesday’s practise, prepping for #bluebombers. Team would not rule him out for Thursday’s game, but will know more tomorrow.

Mitchell was slated to begin throwing again during Week 8 and was aiming for a return to the field on Aug. 17 against the Montreal Alouettes, according to Danny Austin of the Calgary Herald.

He was placed on the six-game injured list back in Week 3 after he injured his throwing arm against the BC Lions.

In two games this season, the 29-year-old has completed 63 per cent of his passes for 527 yards with three touchdowns and two interceptions.

“Honestly, I just want to get back out there and keep throwing,” Mitchell said following practice. “They’re kind of having to tempt me down to make sure I don’t overdo it, but I’m ready to let it rip.”

While there’s a chance that Mitchell could feature against the Bombers, the solid play of backup Nick Arbuckle could buy the team another week to ensure that their starter is ready for game action.

Mitchell added that he hopes to be in the lineup on Thursday but that the final decision falls to head coach Dave Dickenson.

The Stampeders and Bombers clash at IG Field in Winnipeg on Thursday. Kickoff is set for 8:30 p.m. ET.