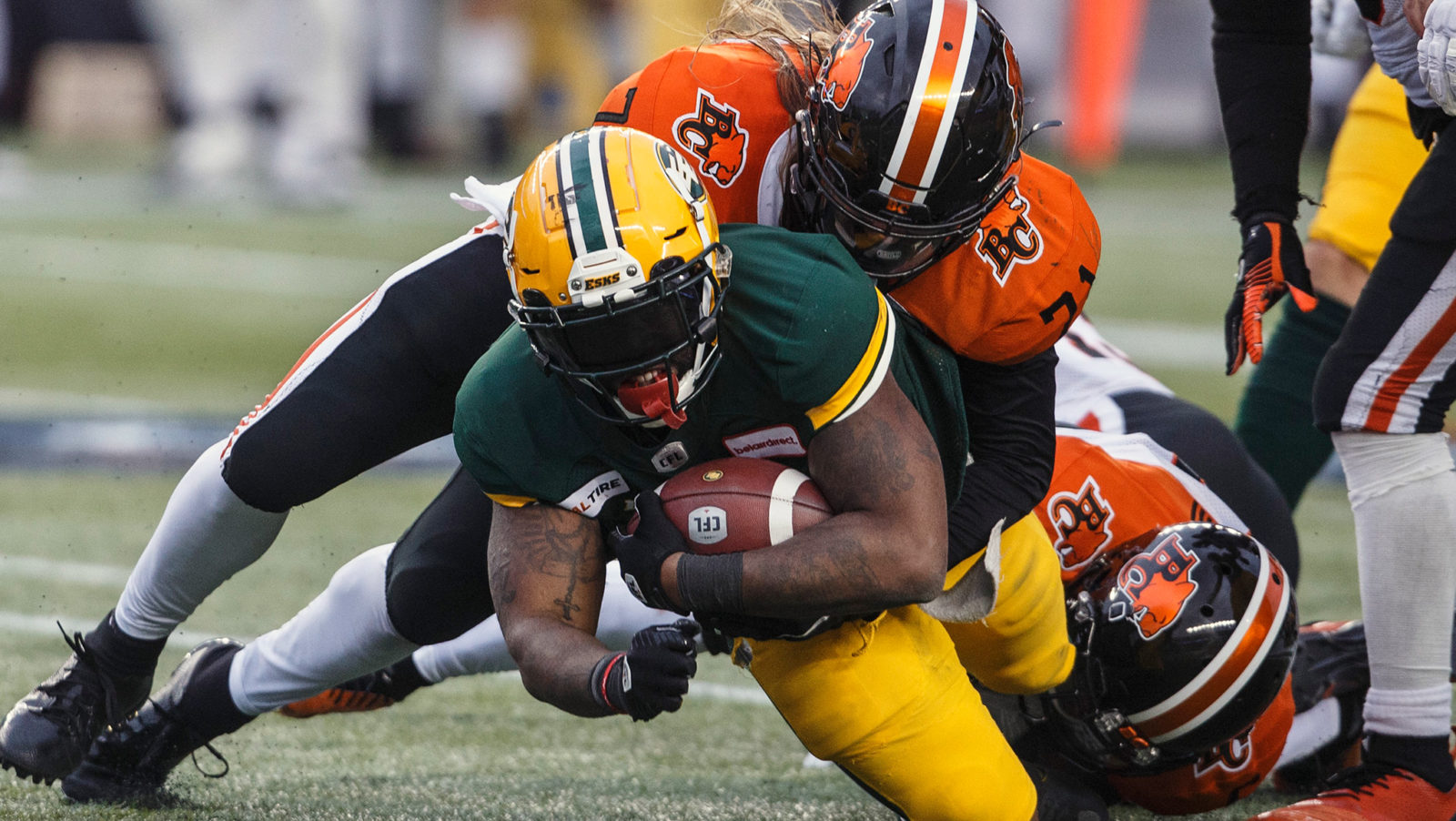 TORONTO — After back to back 100-yard rushing performances to open the season, it’s been a rough month for Eskimos running back C.J. Gable.

Not only has veteran back averaged 4.0 yards per carry the last four contests and failed to eclipse 33 rushing yards in each of the last two games, he also faces increasing pressure from emerging young running back Shaq Cooper, who rushed for 128 yards in Gable’s absence.

But in a matchup that could benefit the Eskimos’ high-powered attack this week, many Fantasy users have full confidence in Gable, as does Pat Steinberg of the CFL Fantasy Podcast.

“You can pass and run from a Fantasy perspective on Ottawa,” said Steinberg. “Gable’s had a couple of big games this year but he’s gone a little silent lately . . . I think with a young running back behind him, knowing he’s knocking on the door, we’re talking about a motivated Gable.”

Rounding out this week’s locks, Jeff Krever is going with Ticats receiver Bralon Addison, while Hannah Nordman is riding the red-hot Shaq Evans — though the latter is questionable for this week’s game.

“I’m going with Bralon Addison this week from the Hamilton Tiger-Cats,” said Krever. “Love the chemistry he had with Dane Evans, I’ve got Evans in my lineup, it’s a nice cheap stack at around $11,000. I think Addison still hasn’t been valued the way he should be in Fantasy, he’s an elite receiver and you should get him while that price tag is manageable.”

Added Nordman, on Shaq Evans: “He had 23 points last week without finding the end zone. His average is 20.2 yards per catch. I think there’s another big game coming, more than half of his games have been over 20 points. I’m going to lock Shaq Evans into my lineup.”

After a challenging debut, is it time to unleash Dane Evans in Fantasy this week? Pat Steinberg, Jeff Krever and Hannah Nordman weigh in on the CFL Fantasy Podcast presented by LeoVegas.

Every week Steinberg, Krever and Nordman also provide their value picks. To qualify, a player must have a salary of under $3,500, providing salary cap flexibility. Kenny Lawler, Shaq Johnson and Caleb Holley are this week’s biggest bargains for the Fantasy podcast trio.

“I know [Lawler’s] returns have been frustrating the last couple of weeks, but that’s what this $2,500, bargain basement life is all about,” said Krever. “I still think if you need a punt option at the bottom of your lineup, Lawler’s a guy you can get in your lineup cheap and he can give you big output because he’s a pretty big part of that Bomber offence and he’s got some upside.”

For Steinberg, the BC Lions need to get their offence moving in the right direction coming off the bye week. He believes one remedy will be spreading things out more, which could mean more looks for the speedy Shaq Johnson.

“Every game’s a must win for them and a big part for them turning their season around is starting to spread the ball around and making it a multi-faceted passing attack,” said Steinberg. “One of the keys to me is getting Shaq Johnson a little more involved. We know he’s got big play ability, he’s been a little bit of a non factor. I think game script, it could be a high scoring game with lots of passing. If there’s a week for Shaq Johnson to break out at receiver, this might be the one.”

In Ottawa, the game script could strongly benefit REDBLACKS receivers if the Eskimos are able to put up some points. One low-cost option due for a breakout might be Holley.