Fajardo: ‘We don’t win that game if it wasn’t for our defence’ 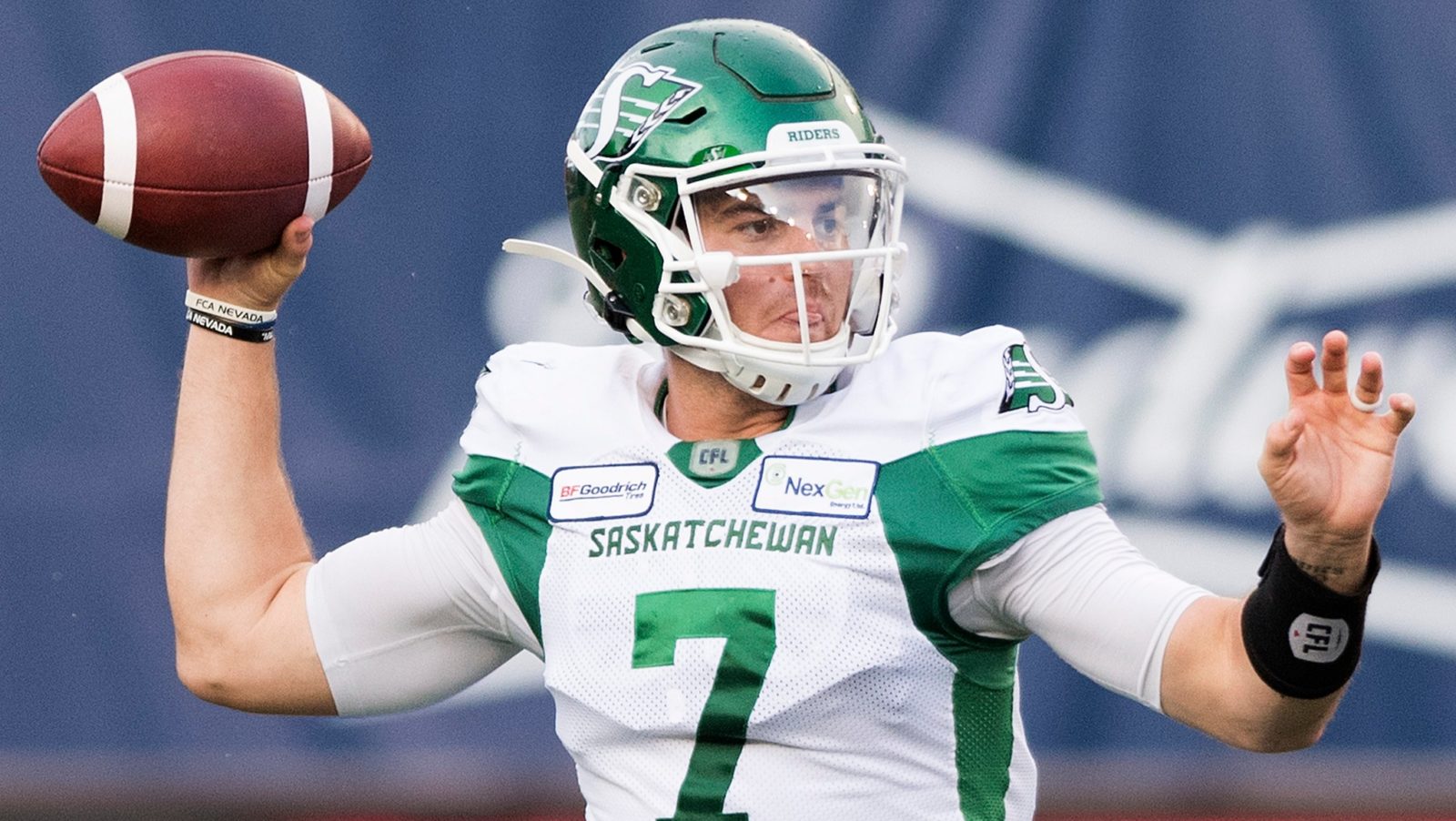 Fajardo: ‘We don’t win that game if it wasn’t for our defence’

MONTREAL — Cody Fajardo doesn’t really care how his team got the win on Friday night, he’s only thankful that they did so.

The game between the Montreal Alouettes and Fajardo’s Saskatchewan Roughriders was called early during the third quarter in accordance with the league’s weather protocol after lightning in the area delayed the game for over an hour.

At the time of the delay, the Roughriders were leading 17-10 and that remained the final score when the decision was made to stop the game.

“We’ll take it (a win) any way we can get it,” Fajardo told members of the media after the contest. “Offensively, we were struggling a bit. They’ve (Montreal) got a really good defence and they had a great game plan against us. They just made us drive the length of the field. Our whole goal in this game was being great on first down and I think we failed in that first half. We figured it out a bit better in the third quarter.”

Fajardo tossed 166 yards and no touchdowns in the win. His leading receiver, Kyran Moore, had just 50 receiving yards. The leading rusher, was the pivot himself with 40 yards.

Without the offence rolling, Saskatchewan leaned on their defence to score.

First it was Derrick Moncrief who sacked Antonio Pipkin in the first quarter and Earl Okine, who recovered the fumble, ran it in for the score. Then in the second quarter, with Matthew Shiltz behind centre, Cameron Judge came up with the sack and Charleston Hughes scooped and scored for the Riders.

“Outstanding,” Fajardo said when asked about the play of Saskatchewan’s defence. “We don’t win that game if it wasn’t for our defence. Two touchdowns. The way that they were playing all night, they just kept out offence having a lot of momentum and giving us a lot of energy still. When things weren’t going right, we knew we could count on the defence and that’s what good teams do. When one side of the ball isn’t doing well, the other team picks them up.”

The Riders now head out on a Week 10 bye before retuning in Week 11 to take on the Ottawa REDBLACKS.

“Going into a bye week, being able to take some time off, get away from football and see my wife (is great),” said Fajardo. “It’ll be a lot of fun just to get away from it.”