Banks, Williams come through in the clutch for Ticats 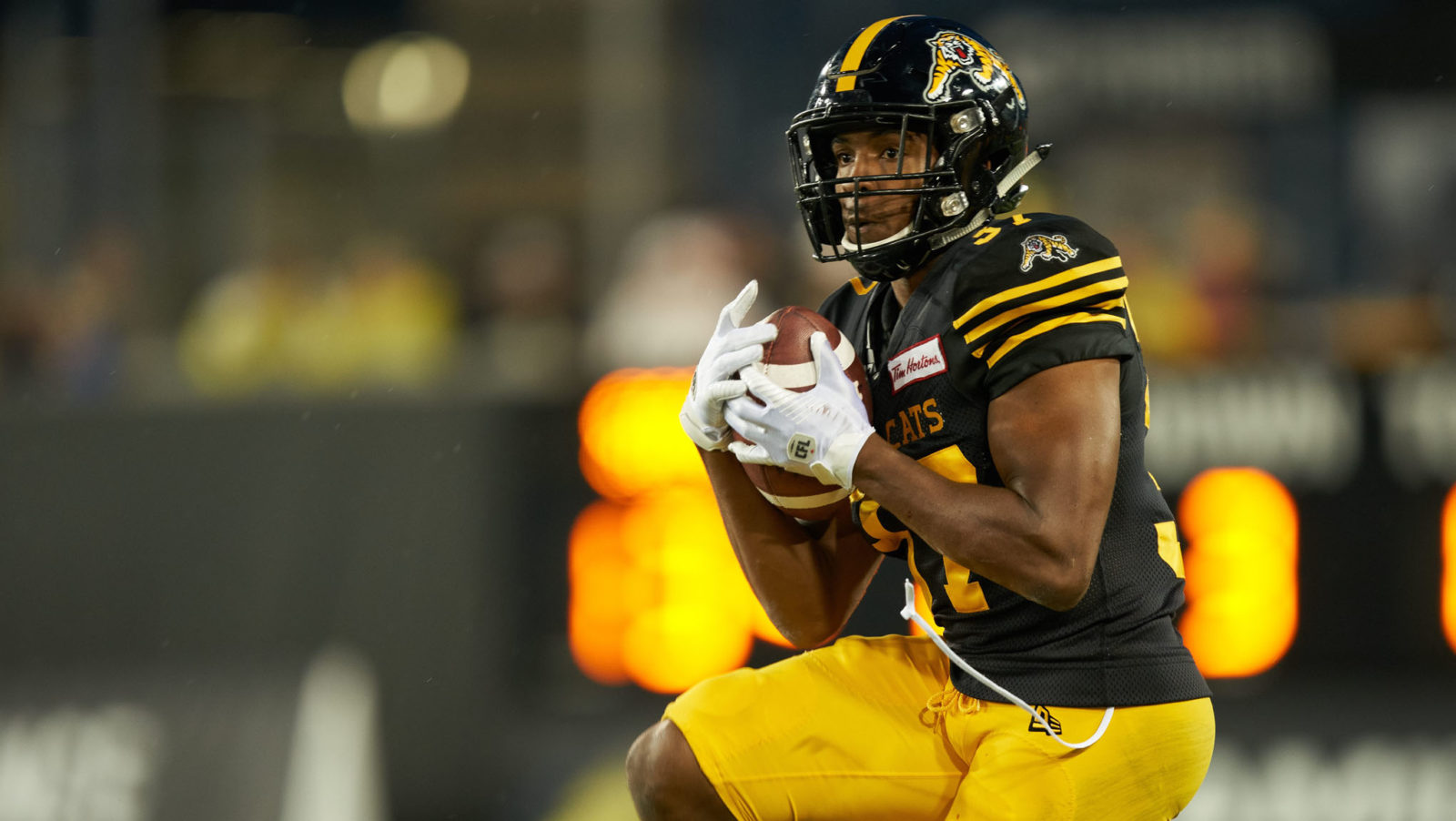 Banks, Williams come through in the clutch for Ticats

HAMILTON — The Hamilton Tiger-Cats pulled off some late game magic to beat the BC Lions by a single point at home in Week 9, and it was Brandon Banks and Frankie Williams that made the biggest plays when the team needed them most.

Banks returned from injury and continued right where he left off by catching nine of 11 targets for 137 yards and two touchdowns. Banks scored the game’s final touchdown with a minute left to give Hamilton the comeback victory.

“He’s a great player. He’s one of the best receivers in the league, if not the best,” Ticats quarterback Dane Evans said. “As you saw tonight, he’s clutch too. When we need plays he’s there, and I think the thing that helps him the most is we have other playmakers too. They can’t just double him. If they do, we’ll just feed it to somebody else.”

The 31-year-old receiver is now up to a league-leading 691 receiving yards and five touchdowns across seven games, and his pure speed has proven time and time again to be a major issue for opposing defences.

Hamilton’s special teams also made a huge difference against the Lions. Williams reclaimed the lead for the Black and Gold in the second quarter when he returned a kickoff for a 108-yard touchdown, and his clutch 57-yard punt return with under two minutes left gave the Ticats life on their game-winning drive.

“At that point in time, all I was thinking about was just possess the ball and give us a chance,” Williams said. “Everything else after that is icing on the cake.”

Williams helped set a new all-time CFL record with the ninth kickoff return touchdown scored across the league this season, and he finished the game against the Lions with 252 combined return yards. Williams said he looks up to Banks and wants to bring the same impact to the return game that Banks did for years.

“I saw what Speedy did,” Williams said. “I respect what he did, and I want to pick up where he left off and help the team in any way, shape or form.”

While the Tabbies are currently in the driver’s seat in the East Division with a 6-2 record, Saturday’s last-minute win over the Lions proved something important for the team.

“If you want to be recognized as one of the best teams, you got to pull games out like that to show that you’re a disciplined team,” Banks said.

The Hamilton Tiger-Cats will look for their seventh win of the season when they face the Ottawa REDBLACKS on the road next Saturday in Week 10 action.