O’Leary: Lions left to lament one that got away 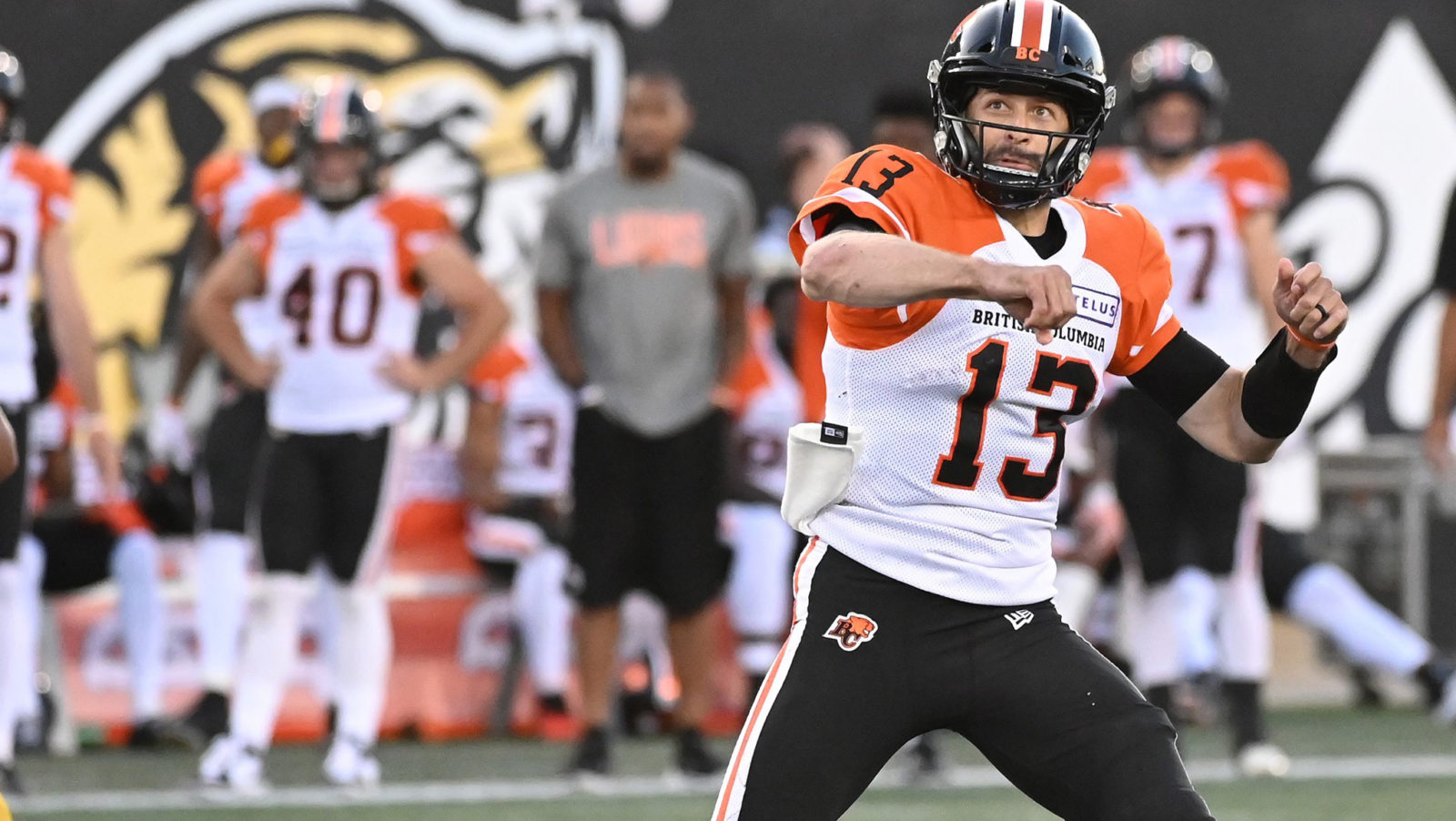 O’Leary: Lions left to lament one that got away

The clock hit zeroes, the music blared at Tim Hortons Field and 23,308 people began to stream out of the stadium, riding the high of their team’s come-from-behind win.

Watching the building clear out it looked like a giant high school party that was broken up, a mass migration of people ready to take the good feelings to whatever the next location might be. It was no doubt a similar vibe in the Hamilton Tiger-Cats’ locker room. Down 12 with 7:14 left on the clock on a night where penalties (14 for 109) and time of possession (Hamilton had the ball for 22:59, including only three minutes in the third quarter) should have cost them a win, the Ticats found a way to dig themselves out of what looked like a deep grave.

It’s validation for QB Dane Evans, learning more and looking like a true starter week by week, and it gives life to the things that coaches say about sticking together and a team’s ability to fight through anything.

They’re the kind of nights that can define a team’s season.

RELATED
» Ticats stun Lions with wild fourth-quarter comeback
» Banks, Williams come through in the clutch
» Rewind: All the best highlights from Week 9

There was one exception in that building on Saturday night. One room felt like the deflated calm in the middle of Hamilton’s victorious storm and it was filled with the BC Lions. The visitor’s locker room was painfully silent. The Lions players, spent from letting what had been a very impressive showing for upward of 53 minutes, sat shell shocked at what had happened, trying to wrap their heads around a costly loss that dropped them to 1-7.

Players that did speak did so just above a whisper, while reporters stood at Mike Reilly’s stall, waiting for the team’s quarterback to finish having his injured ankle evaluated by trainers. He wasn’t much more talkative than his teammates when he finally made it out.

He said that he wouldn’t let his injury get in the way of him practising with the Lions on Monday, let alone playing on Thursday in Winnipeg.

“We just had some mistakes. Turnovers, threw a pick. We got into field goal range and had an issue with the snap and lost 15 yards and that took us out of field goal range,” Reilly said.

“That’s the kind of stuff that you can’t do. We’re better on those drives and we win the game.”

That high snap turned out to be the game’s turning point. As Reilly chased the ball down after it went over his head, he twisted his ankle, then had Ticats’ D-lineman JaGared Davis fall on him. Reilly limped to the sideline, had his ankle taped and was still noticeably hobbled as he threw the ball on the sideline.

Voted the league’s toughest player year after year, there may have been no question that he’d finish the game, but it felt like Lions’ momentum evaporated after their star player was hurt. The Ticats trailed the entire second half, but they surged after that high snap.

“When they saw him get up and he didn’t want help off the field, they knew that he was going to be fine,” Lions head coach DeVone Claybrooks said of his players.

“That that should have made us want to galvanize more than anything else. He’s a trooper and the guys still rallied behind him.”

All of the things that had been working for the Lions — they’d protected Reilly well all night and the offence was prolific, with John White rushing for over 120 yards and Bryan Burnham and Lemar Durant combining for 238 receiving yards — slowed to a crawl in those final minutes. Reilly took two big hits on his two drives after the injury and had to be re-examined on the sidelines when he came off.

And the Ticats came to life. Evans led a long drive up the field that was capped by backup QB David Watford’s one-yard plunge. Frankie Williams took a punt 57 yards to set up the game-tying touchdown and Lirim Hajrullahu gave the Ticats the lead with 1:02 left on the clock. Reilly got back on the field for one last shot at a heroic finish but had his pass tipped by Simoni Lawrence and intercepted by Richard Leonard. The music blasted, fireworks went off above the scoreboard when it was over and the Lions went silent.

“It sounds like a broken record, it’s getting very repetitive. But it’s like sometimes we can’t get out of our way,” Claybrooks said.

“It’s more of us just being able to finish what we’re starting. We don’t need hero ball at that point. Sometimes it’s almost like they’re trying to do too much to be ‘the guy’, instead of just being a guy that wins the game.”

“We’ve got to believe we’re capable of winning the game and not get so wound up and so tight that mistakes are made,” Reilly said.

“(We have to) stay aggressive and not think the game’s in the bag and take our foot off the gas. We’ve all been in this for way too long. We all know this game is 60 minutes plus change if you need to go to overtime. The game is never over prior to that.”

These can be the type of losses that define your season. The Lions were close to a win against a good team and let it slip away, much like they did in Calgary in Week 3. They’ve got 10 games left and need to figure it out fast if they want to make any kind of noise this season.