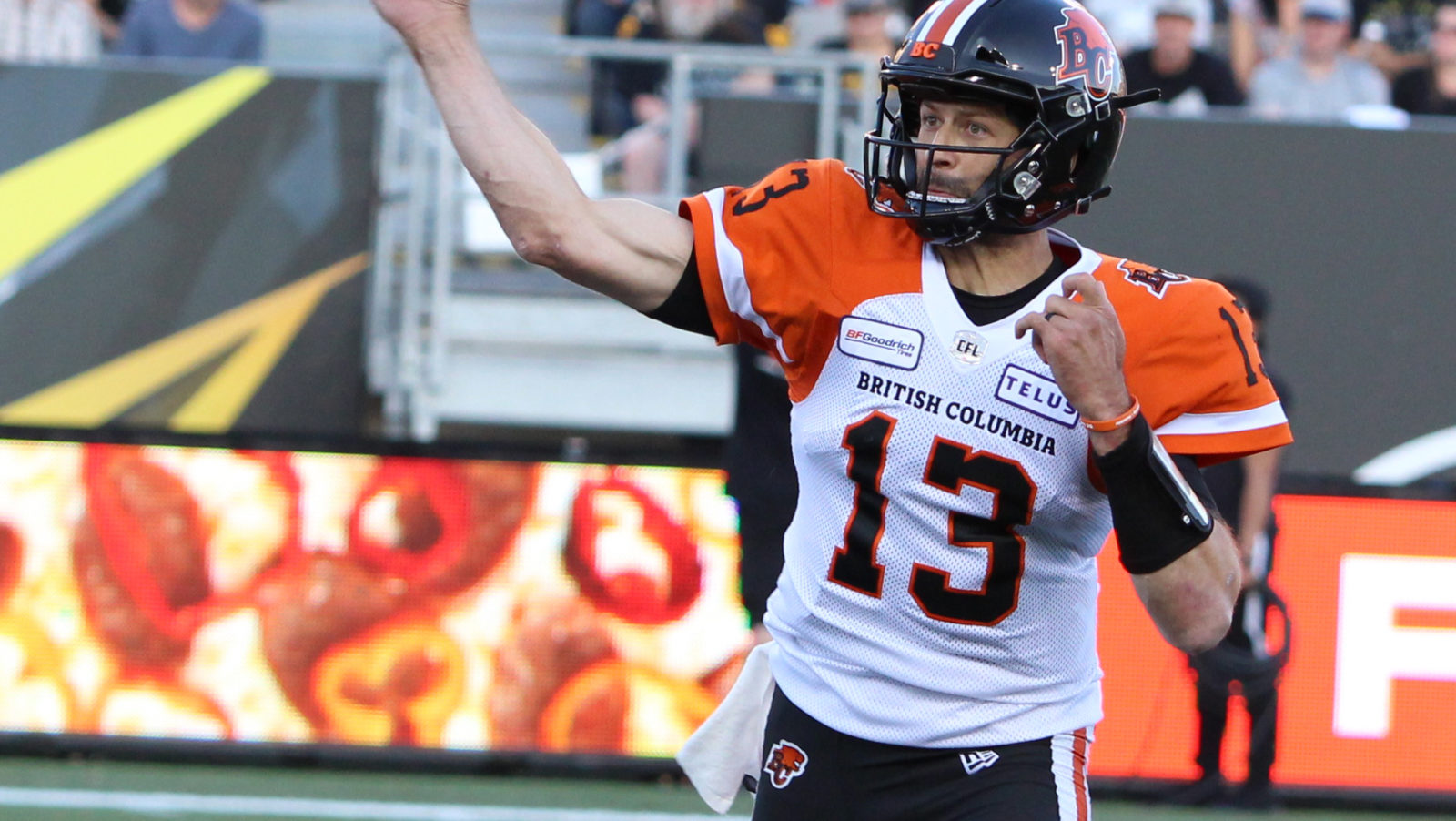 TORONTO — The result didn’t go as planned, but there were some encouraging signs for the BC Lions during their 35-34 loss to the Hamilton Tiger-Cats to close out Week 9.

It starts behind centre, where former Most Outstanding Player Mike Reilly had one of his most productive games of the season, completing 75 per cent of his passes while averaging a season-high 10.9 yards per attempt.

The Lions dropped to 1-7 on the season, but Reilly’s performance points to a possible resurgence after the team restructured its offensive line coming off the bye week. 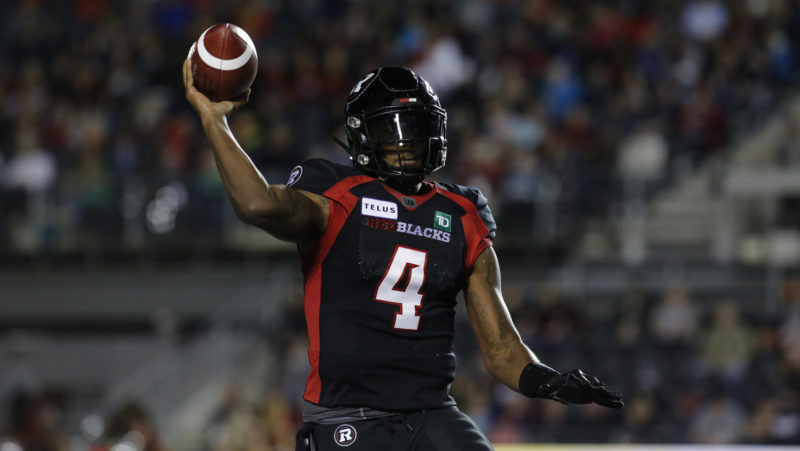 Elsewhere, Nick Arbuckle couldn’t notch the ‘W’ against Winnipeg in what was expected to be his final start before the return of Bo Levi Mitchell.

Meanwhile, Dane Evans picked up his first win as a starter, while Matthew Shiltz appears to be moving up the Alouettes’ depth chart as the team awaits the return of injured starter Vernon Adams Jr.

After a torrid start, Trevor Harris has cooled off considerably in recent weeks, throwing just two touchdown passes over his last four starts. Red zone production has been a big part of it, as the Esks’ 45 per cent success rate is second-worst in the CFL, while their four red zone turnovers rank dead last.

Failing to throw for 300 yards this season, yet balancing a 14:4 touchdown to interception ratio, pretty much tells the story for Bombers quarterback Matt Nichols. The 32-year-old, whose 106.2 quarterback ranking is second behind only Cody Fajardo, is managing to keep his team at the top of the West.

Despite having his most productive game of the season, Mike Reilly and the Lions couldn’t hold on to a two-score fourth quarter lead in a loss to the Ticats. The addition of Justin Renfrow seems to have helped, however, while Reilly and Bryan Burnham continue to build chemistry as a dangerous passing duo.

Two interceptions proved costly for Nick Arbuckle, whose Stampeders fell to the Bombers in a battle for first in the West. After what was likely Arbuckle’s last game as the starter — Bo Levi Mitchell is due to return this weekend — the 25-year-old has asserted himself as one of the CFL’s top young prospects at the position.

Cody Fajardo credited his defence, which scored a pair of touchdowns, for a weather-shortened 17-10 win over the Alouettes in Week 9. Despite failing the find the end zone himself, Fajardo managed the game well for the Riders, completing 71 per cent of his passes without throwing an interception.

A week after a last-second loss to Saskatchewan, the moment wasn’t too big for first-time starter Dane Evans, who led the Ticats to a fourth-quarter, double-digit comeback win over the Lions, including a late game-winning touchdown to Brandon Banks. The 25-year-old is getting a can’t-miss opportunity as a starter.

Miscues continue to haunt Dominique Davis, who added two more interceptions to his total in Week 9. Davis has thrown at least one interception in five of six starts this season, including four multi-pick games. Davis may need to use his legs more and start to manage games if he’s going to hold the starting job.

With James Franklin and newly acquired Zach Collaros still not ready, the No. 1 job in Toronto remains McLeod Bethel-Thompson‘s. After many had written him off, Bethel-Thompson will try to replicate his success from Week 8 when his three-touchdown, 343-yard performance helped upset league-leading Winnipeg.

Matthew Shiltz saw his first extended action of 2019, replacing an ineffective Antonio Pipkin in the first half of a 17-10 loss to Saskatchewan. Shiltz may just have the inside track on the primary backup job to Vernon Adams Jr., and could start this week if Adams isn’t ready to return for the Alouettes.

In his second start of the season, Antonio Pipkin struggled to deal with pressure from the Riders, completing just four passes while fumbling on a play that would eventually result in a Saskatchewan touchdown. Pipkin got the quick hook and is in danger of falling on the Alouettes’ quarterback depth chart.