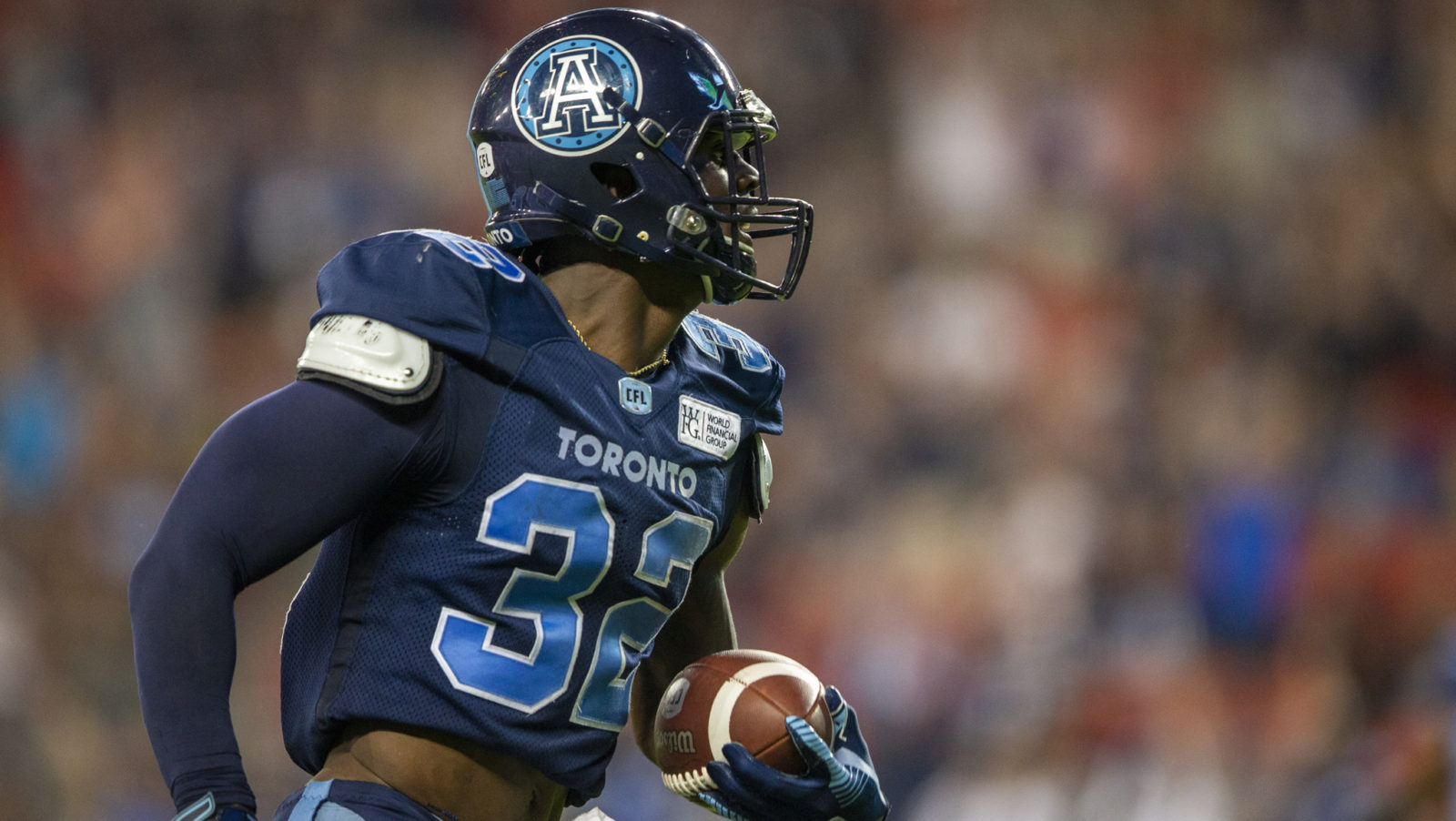 TORONTO — Ahead of their Week 10 matchup against the Edmonton Eskimos, the Toronto Argonauts got one of the best offensive contributors back on the field.

Running back James Wilder Jr. returned to practice with the team on Monday, according to TSN’s Matthew Scianitti.

James Wilder Jr. is back at #Argos practice after missing both practice days late last week. Apparently, Wilder missed his flight at the end of Toronto’s bye week. #CFL

Wilder has sat out of the team’s previous two matchups after suffering an injury in the Argos’ Week 6 contest against the Calgary Stampeders. He was placed on the one-game injured list with what was believed to be a rib issue.

Through five games this season, Wilder has accumulated 161 yards on 38 carries to go along with 260 yards and two receiving touchdowns on 26 catches.

Brandon Burks has received a bulk of the touches out of the backfield in Wilder’s absence. He’s posted 124 yards on 23 carries. Chris Rainey has been used occasionally but has been used more in the return game. He has just 10 yards on eight carries for the season but has posted 972 return yards and taken one back to the house in seven games.

The Argonauts are coming off a bye week and will be looking for their second straight win when the welcome the Esks to BMO Field on Aug. 16. Kick-off is slated for 7:30 p.m. ET.