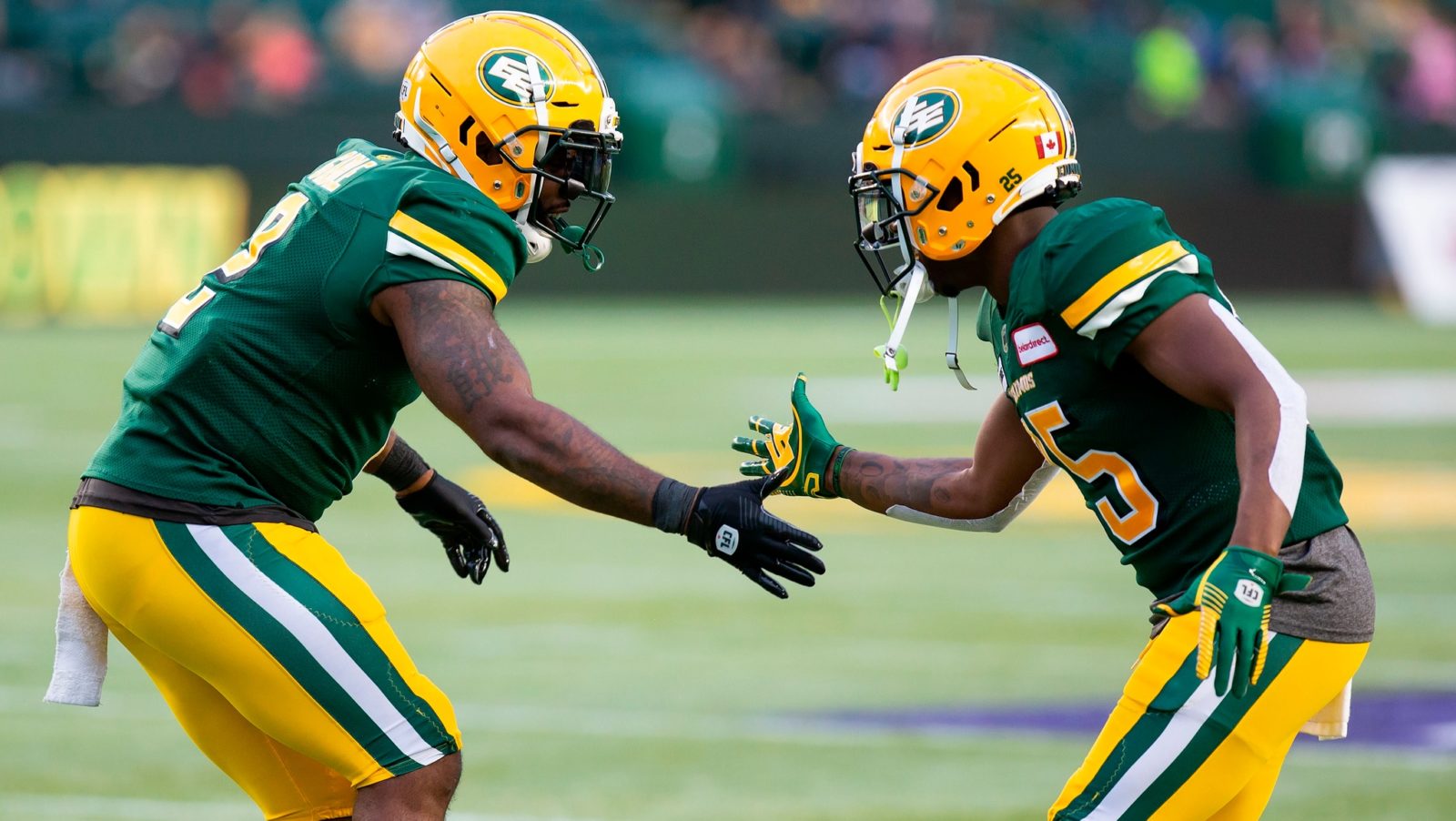 Here’s how things shook down in Week 9 in #TotalPickEm.

It came down to the wire, but a pair of Janarion Grant return TDs scored a win for the Bombers in his CFL debut.

The Stamps (5-3) made a game of it in the fourth quarter and had the ball at midfield with 90-odd seconds to play, but ultimately came up short against a stifling Winnipeg (6-2) defence.

Though they would never outright say it, Calgary management must be happy with where they stand — tied for second in the West, a game out of first — as they likely welcome Bo Levi Mitchell back next week against Montreal.

Winnipeg now faces a run of four-straight divisional games, and it will be interesting to see how QB Matt Nichols navigates the next month after throwing for 177 yards, no TDs and no interceptions vs. Calgary.

HC Craig Dickenson said it was going to be ugly, and he wasn’t wrong.

The Riders (5-3) ground out a 17-10, weather-shortened win in Montreal on Friday night and kept pace in the West in the process. 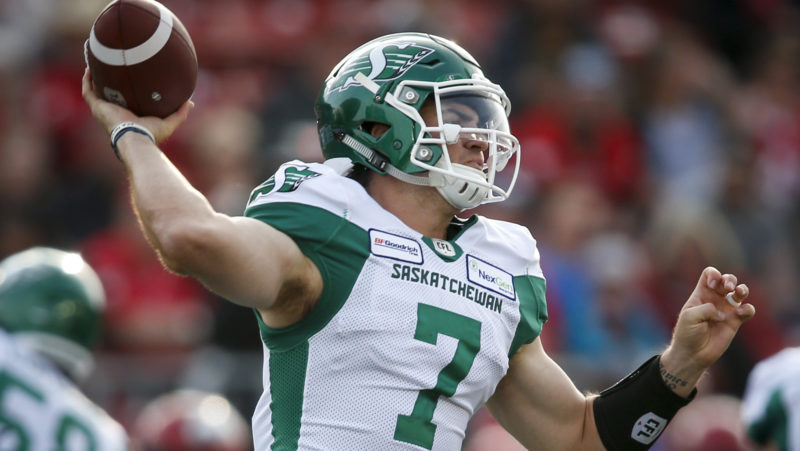 Don’t look now, but Cody Fajardo and the Riders are tied for second in the West

Saskatchewan’s defence is rounding into form, and limited the Als to just 141 yards in 42-plus minutes of play before the lightning wrapped up the result for the visitors.

For Montreal (3-4), which was already without Vernon Adams Jr. and lost Antonio Pipkin after a crushing Derrick Moncrief sack, questions are plentiful entering a roadtrip to Calgary in Week 10.

It turned out to be a defensive battle, but the Esks prevailed in a nail-biter against the REDBLACKS at Commonwealth.

Running back C.J. Gable hit the 150-yard mark and scored a pair of TDs in the win for Edmonton (5-3), which will now hit the road for a date with the Argos (1-6) in Toronto next week.

Ottawa (3-5) now returns home to face the East-leading Ticats; Rick Campbell’s team is in need of an offensive spark, and will hope to improve their 1-3 record at TD Place.

Despite trailing by as many as 15 points in the fourth quarter, Hamilton (6-2) pulled out a stunning 35-34 win over the last-place Lions on Saturday night.

The Ticats are now 2.5 games clear of the competition atop the East Division, and could further distance themselves from the pack in Week 10 with a trip to third-place Ottawa on the schedule.

BC (1-7) is now eight points out of a playoff spot, and faces a tough two games against opponents with a combined 12-4 record (at Winnipeg, vs. Hamilton).