TORONTO — A couple of big performers on the ground and through the air led TOORELAD to the top of the leaderboard after Week 9 in TSN CFL Fantasy with 132.3 points.

Gable rushed 18 times for 116 yards and two touchdowns while also adding four catches for 34 yards. Burnham hauled in seven passes for 149 yards and two majors of his own.

Take a look at the rest of TOORELAD’s roster: 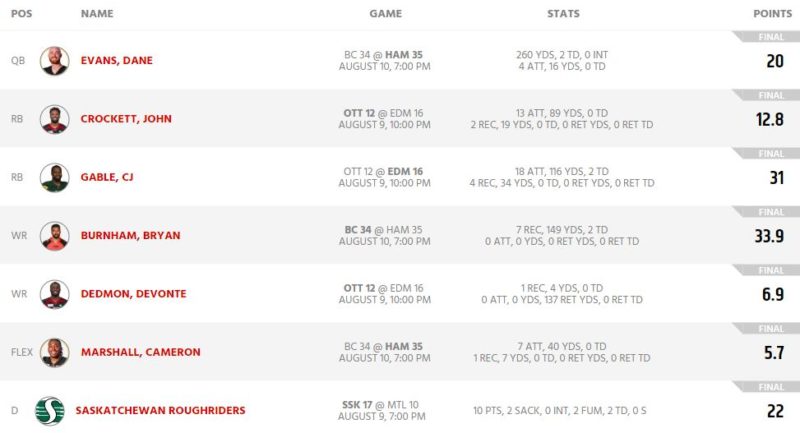 John Crockett (12.8 points) was TOORELAD’s other running back. The REDBLACKS rookie rushed 13 times for 89 yards and hauled in two passes out of the backfield for 19 yards.