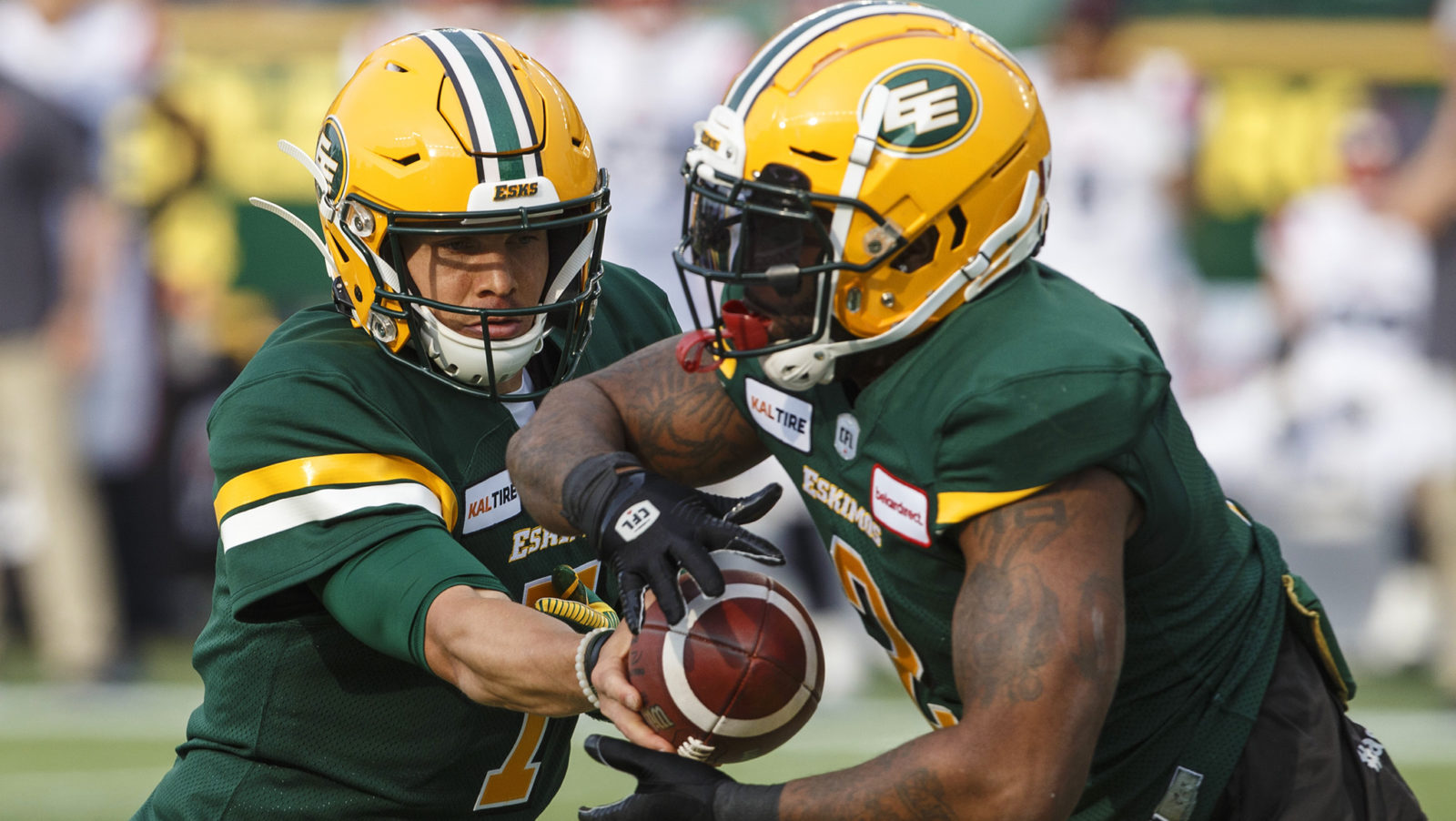 EDMONTON — Winning on the road separates the good teams from the great ones, and despite the Edmonton Eskimos being one of the top teams in the league, opposing stadiums have not been kind to them to start 2019.

“It’s difficult to win in this league, period, and when you go on the road with circumstances – it’s excuses if you ask me – at the end of the day, there’s obviously a reason they call it home-field advantage,” head coach Jason Maas said to Esks.com.

Edmonton is undefeated this season while playing in the friendly confines of Commonwealth Stadium, however, they’ve fared much worse on the road. They’re 1-3 on the year and have lost their last two contests on the road. They’ll head into BMO Field on Friday night looking to right the ship with a victory against the Toronto Argonauts.

While the scoreline may not suggest as much, the Eskies’ offence was firing against the Ottawa REDBLACKS in Week 9 at home. Quarterback Trevor Harris aired it out, completing 82.5 percent of his passes for 327 yards. Natey Adjei, Greg Ellingson, Ricky Collins Jr., and DaVaris Daniels all had over 50 yards receiving while C.J. Gable rumbled for 116 yards on the ground and two scores while adding 34 receiving yards on four catches.

Gable was sidelined for the last game against the Argos. Shaq Cooper took over in the backfield in that game and proceeded to go for 170 total yards and a rushing score. Currently sitting third in the league in rushing yards, Gable isn’t solely focused on having a big game against the Boatmen.

“I just worry about our team and going 1-0 every week,” he said. “If it happens, it happens, because once you start focusing on your own goals, you start getting away from the team goals.”

Edmonton had one particular issue on offence, and that was third-down conversions. They turned the ball over on downs three times, leading to questions regarding the team’s efficiency in that department. Maas said that he and the staff made the necessary changes in order to get the job done in short-yardage scenarios going forward.

On the defensive end, they’re one of the best units in the entire league, and they proved it against Ottawa. They finished the game with three interceptions and a forced fumble. Josh Johnson led the defence with five tackles and the pick to seal the victory in the closing minutes.

“I told them after the game ‘I’m proud of you because you gave up your individual deals to do what I asked of you,'” defensive coordinator Phillip Lolley said. “The team deal was that we didn’t want to make a lot of pass moves up the field and get run by that quarterback and let him come out of the pocket.

“They did what I asked them to do. We could’ve had a couple of sacks, but we felt that winning the ball game was a lot more important.”

After that game, Maas said that he believes that the Eskimos are the best defence in the league. They held Toronto off the scoreboard when these teams last met, and another performance like that would aid them in making the jump to the top spot in the West.

“We’re going to change some things up this week and we’re going to do some different things on the road because we feel like we need a change. More focus on ourselves and do more things that we do at home, which is play games, have a good time, and be there for one another.”

“It’s a business trip, but at the end of the day, we have to have fun too and be ourselves.”