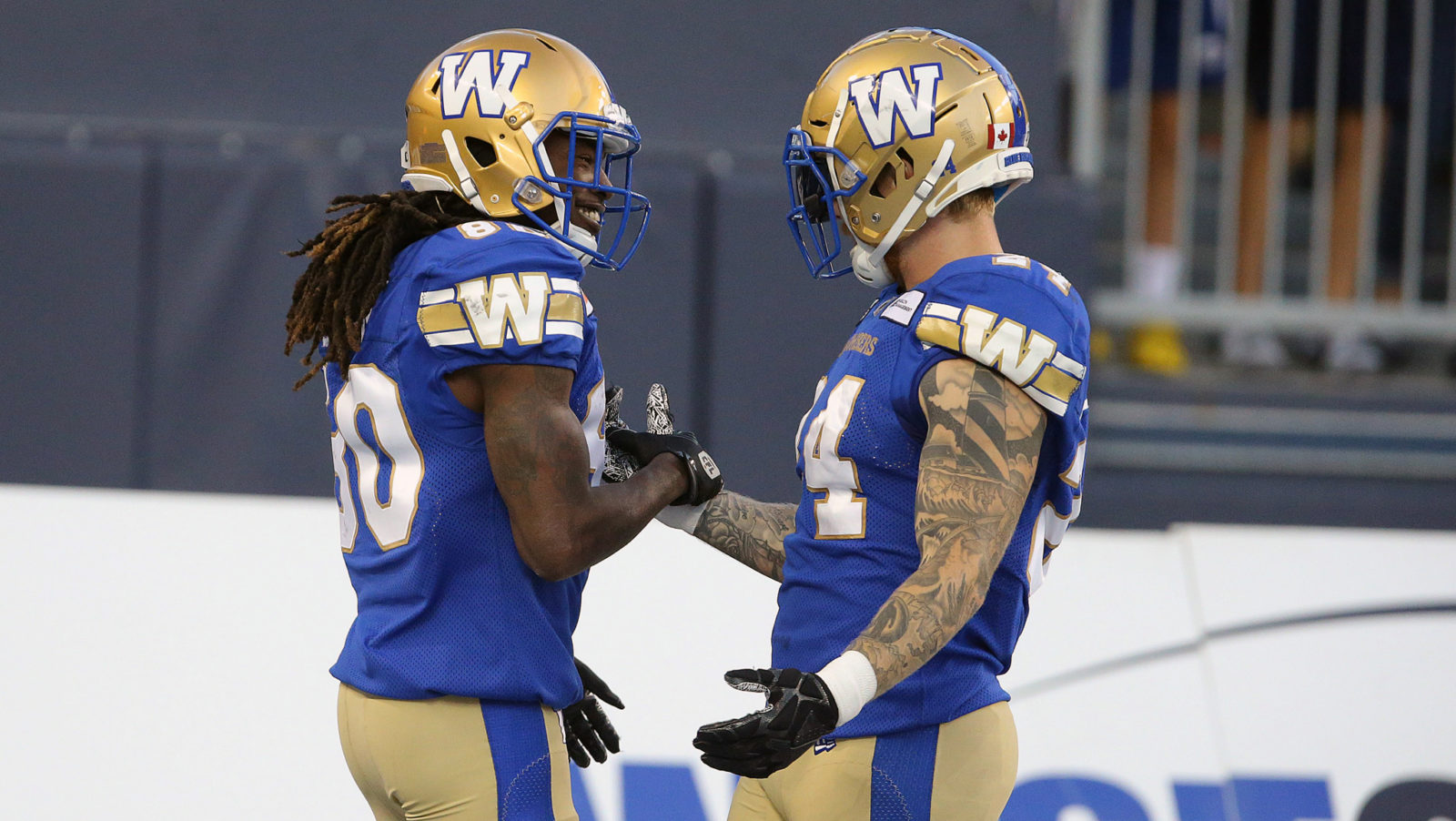 TORONTO — It was the kind of victory Bombers fans have long waited for. A late-summer battle for first in the West with the vaunted Calgary Stampeders, which saw Winnipeg come out victorious on the strength of two Janarion Grant kick return touchdowns along with clutch interceptions from Winston Rose and Marcus Sayles.

No one’s calling it a masterpiece, and the Stamps were one week shy of getting veteran quarterback Bo Levi Mitchell back in the lineup. But for the Bombers, ending a two-game mini-slump and taking sole possession of first in the West has the feel of one of those season-defining moments — the first of what could be many for the team currently favoured to win the 107th Grey Cup presented by Shaw.

With early-season victories over Calgary and Edmonton under their belt, are the Bombers the uncontested favourite to win the West this season? More in the Nissan Titan Power Rankings.

It’s an impressive accomplishment to win despite totaling just 286 yards of offence. Even after a two-game mini-slump, there’s little to worry about for the top team in the West. The offence and defence both rank among the top three teams, while Matt Nichols‘ 14:4 touchdown to interception ratio is second to none.

Despite giving up two special teams touchdowns and coming off a short week, the Stamps fought to the end in a 26-24 loss to Winnipeg. The Bombers may be considered the Grey Cup favourite, but the coming return of Bo Levi Mitchell makes Calgary a force to be reckoned with for opponents in the West.

Backup quarterback Dane Evans continues to progress, most recently leading the Ticats from behind to stun the BC Lions in Week 9. Brandon Banks looks like the early leader for MOP. Still, there are concerns for the injured Tabbies, including on defence where they allowed 420 yards to the last-place Lions.

Heading into Week 10 the Eskimos continue to lead the CFL both on offence and defence by a wide margin. What’s missing? Red zone efficiency, turnovers and penalties have caused issues, while a 1-3 record away from home has created a small barrier between Edmonton and the league’s upper echelon.

The Riders’ defence showed no sign of bending, even before a 17-10 win over Montreal was called short due to weather partway through the third quarter. Earl Okine and Charleston Hughes each score off Alouette turnovers, while the Riders’ defence has moved to second in the league in yards allowed. They’re right in the mix in the West.

The Als were in tough without Vernon Adams Jr. and William Stanback, amassing just 117 yards and eight first downs in a 17-10 loss to Saskatchewan. The return of their top playmakers along with a fast-emerging defence could present issues for the rest of the East as the Als try to track down a playoff berth.

A week after upsetting Montreal, the REDBLACKS held their own against one of the CFL’s top teams, coming up short on the road in Edmonton. It was a valiant effort against former quarterback Trevor Harris, and there’s no reason Ottawa can’t compete for a playoff spot in a wide open East Division.

Despite a 1-6 start, the Argos have life thanks to a wild, come-from-behind win over top-ranked Winnipeg prior to the bye week. Just two games out of second place, is it too early to start talking playoffs in Toronto? Maybe, but a win over Edmonton would certainly move the needle in that direction.

The Lions seemed to do everything right against Hamilton other than win the game. Still, there’s plenty to be encouraged about after the offence totaled 30 first downs and 420 yards, while Mike Reilly averaged more than 10 yards per attempt — his best output since re-joining the Leos in 2019.