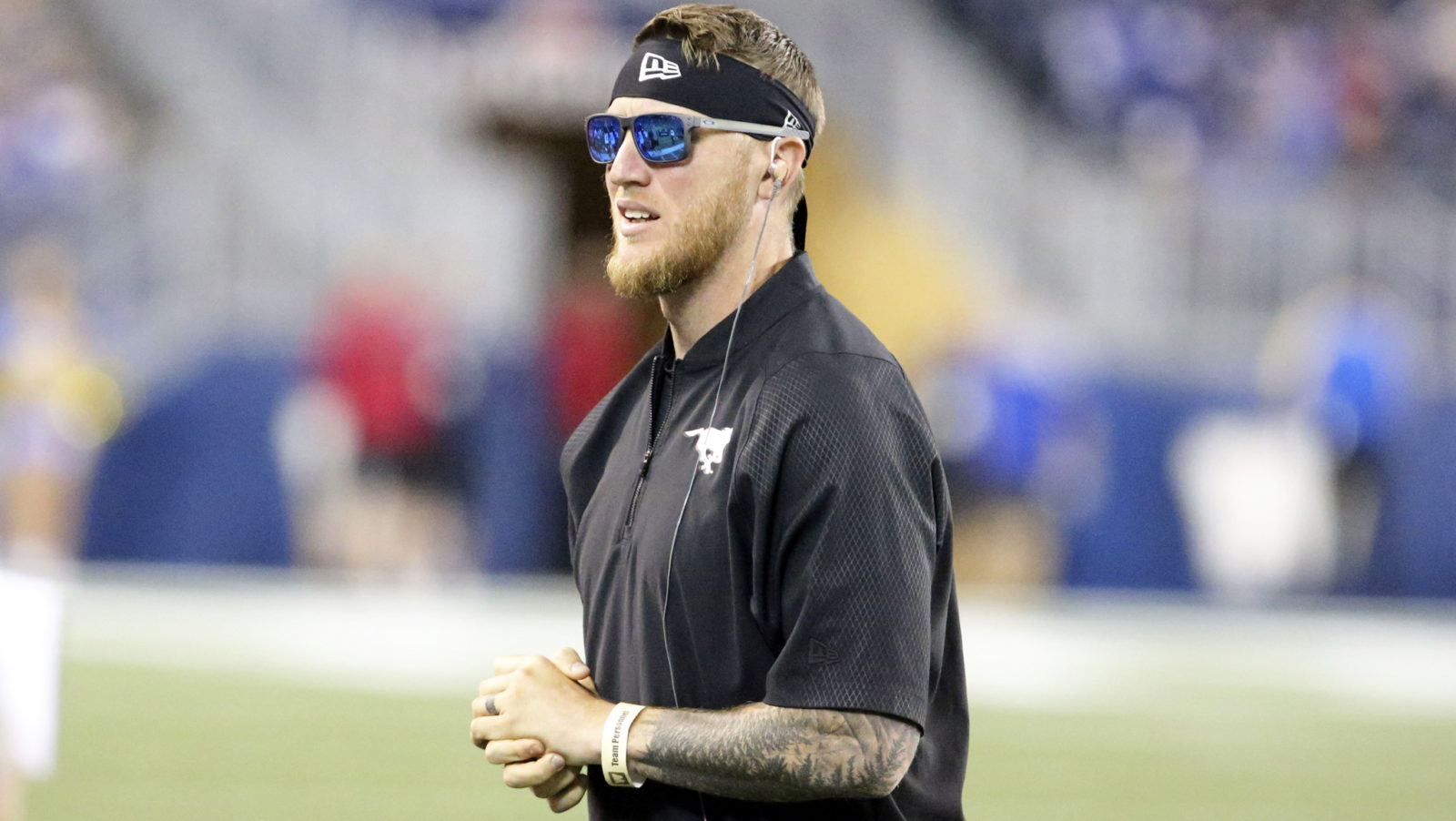 CALGARY — The Calgary Stampeders took to the practice field to prepare for Saturday’s matchup against the Montreal Alouettes, and they had some familiar faces strap on the pads again.

Quarterback Bo Levi Mitchell and running backs Don Jackson and Ka’Deem Carey were all participants in practice, according to the Calgary Sun’s Danny Austin.

Bo Levi Mitchell and Don Jackson are both back participating in practice.
Ka’Deem Carey, as well.
Will update as to levels of participation

Austin added that Mitchell and Jackson spent the first portion of practice taking first-team reps. However, it was Nick Arbuckle who took the majority of snaps under centre with the starting offence.

Mitchell returned to practice in Week 9 but did not dress against the Winnipeg Blue Bombers. Arbuckle got the start and went 22 of 35 for 260 yards with a touchdown and two interceptions.

“We want to build up towards the game,” Mitchell told Stampeders.com following practice. “(We’ll) do some more stuff tonight and tomorrow morning and just feel strong coming into tomorrow.”

Carey has been out since Week 7 after he was forced to leave the game against the Ottawa REDBLACKS due to a lower-body injury. Through four games this season, he’s put up 204 yards and a pair of scores on 37 touches in the run game.

Jackson was placed on the six-game injured list after suffering an upper-body injury against the BC Lions in Week 3. He was the lead back for the Stamps in 2018, putting up 924 rushing yards and three touchdowns while adding 168 yards on 23 receptions. So far this season, Jackson has 117 all-purpose yards, with 69 of those coming through the air. 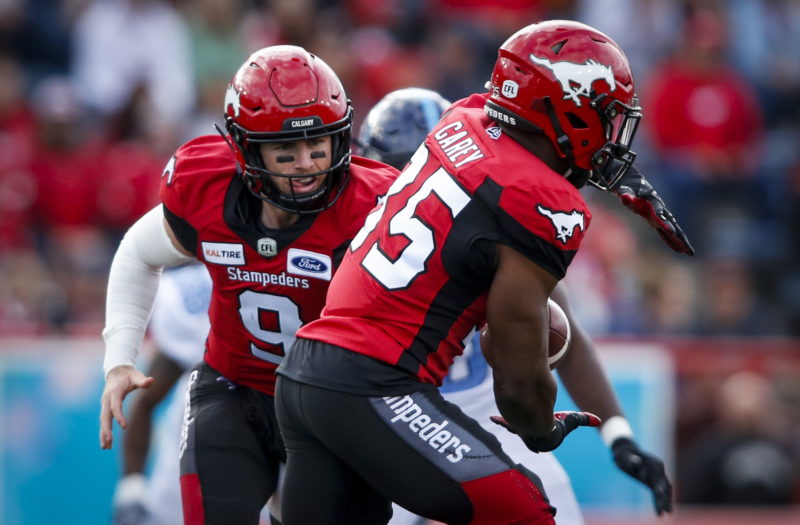 Romar Morris and Terry Williams formed a unit in the backfield in the team’s previous game against the Bombers, but the former left the contest early, forcing the latter into full-time duty.

Austin also added that linebacker Cory Greenwood spent his time at practice stretching with a trainer before heading back to the Stampeders’ locker room.

The Stampeders will welcome the Alouettes to McMahon Stadium to close out Week 10 action on Saturday. Kick-off is set for 7:00 p.m. ET.