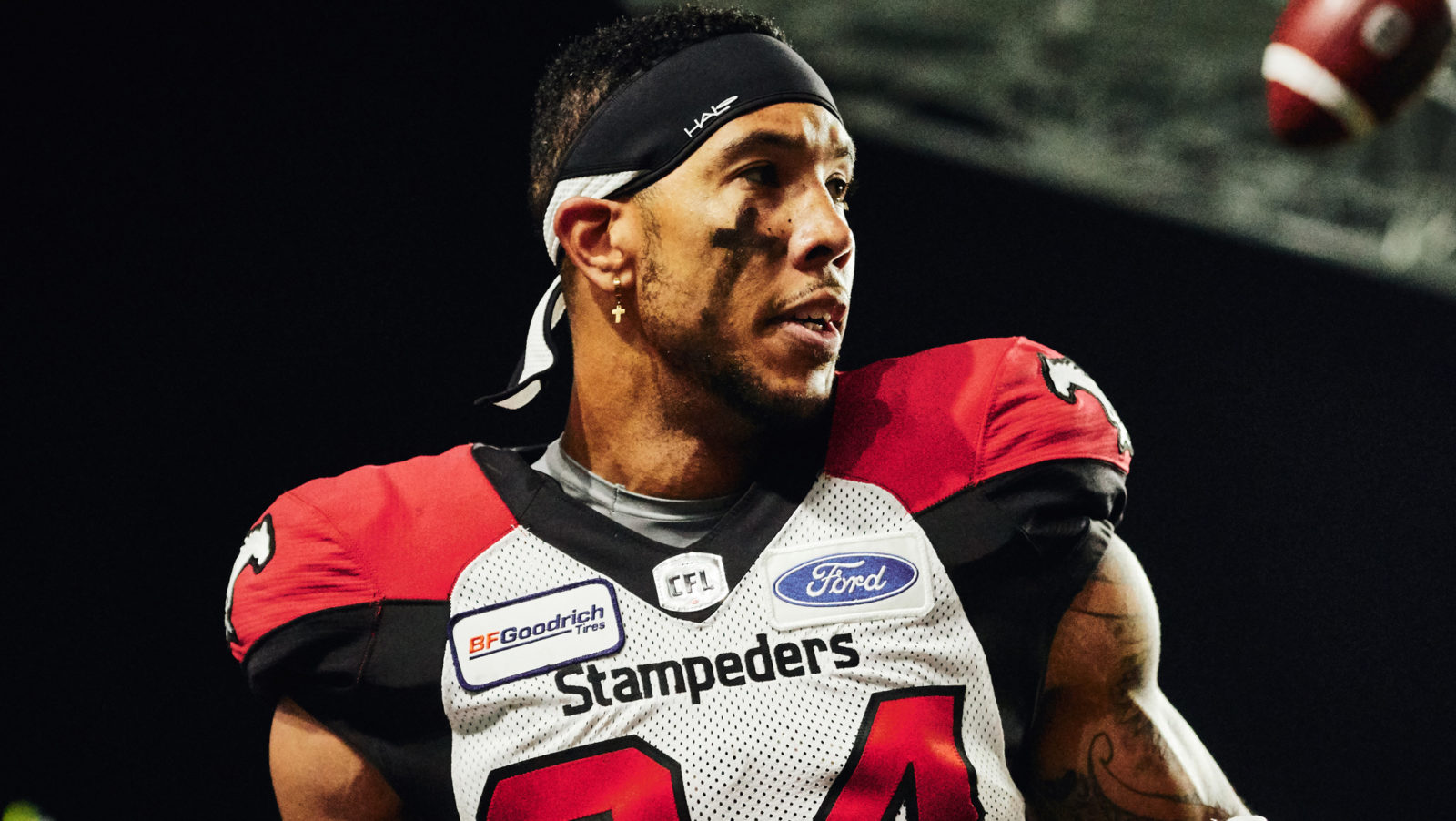 TORONTO — If you ever find yourself in a slump in TSN CFL Fantasy, one way to bounce back is with Winnipeg Blue Bombers running back Andrew Harris.

The CFL’s leading rusher continues to be a source of Fantasy points both on the ground and through the air, making him a top-three choice among players every single week despite a $10,980 price tag.

For Hannah Nordman, of the CFL Fantasy Podcast, Harris is a no-brainer this week against his former team.

“I don’t think there’s any way he’s getting less than 20 points this week, and I need that guarantee because I’ve had two weeks so far where defence is my highest-scoring player,” said Nordman. “I’m not loving that trend. I’ve got to get more production out of my running backs. Andrew Harris is as sure a bet as I’m going to get.”

Pat Steinberg and Jeff Krever also submitted their locks this week, with Reggie Begelton and Mike Reilly getting the nod as can’t-miss starters in Week 10.

Begelton stands to benefit from the expected return of Calgary quarterback Bo Levi Mitchell, who’s been sidelined most of the season after injuring his pectoral.

“Reggie Begelton has gone double digits in five of the last six weeks, and with Bo Levi Mitchell returning, Begelton is one of his favourite targets, he has explosive speed, he’s good in the red zone,” said Steinberg. “At $7,100 I think he’s going to have a big game against Montreal, final game of Week 10 I’ll make him my lock of the week.”

Reilly, meanwhile, is a contrarian pick at the quarterback position. This week Fantasy users are flocking to cost-effective pivots with good matchups like Dane Evans and Matt Nichols, or paying up to get Eskimos star Trevor Harris.

No quarterback has been chosen less than Reilly in Week 10, but after a resurgent 24-point effort against Hamilton, Krever likes what he sees from the former Most Outstanding Player.

“We’re starting to see signs of the old Mike Reilly,” said Krever. “Over 10 yards per attempt last week, first time in the double digits this season. He’s the guy I want to see with the ball in his hands. I have no problem putting him faith in him and seeing him bounce back this week for the BC Lions.”

After a slow start with his new team, is Mike Reilly a post-hype sleeper in TSN CFL Fantasy? Pat Steinberg, Jeff Krever and Hannah Nordman weigh in on the CFL Fantasy Podcast presented by LeoVegas.

Every week, the podcast trio also submits money picks of under $3,500 in value to accompany locks. This week, Duron Carter, Christion Jones and Kenny Lawler offer up low-cost options that could provide ratio relief.

For Krever, pairing Reilly with Carter provides a boom-or-bust contrarian option that may not see much play this week.

“You’re talking about a player with four games of six or more catches this year, including two games with seven catches each,” Krever said of Carter. “He’s proven he can be a high-volume player in that BC Lions offence and in a game that should see BC go vertical, I think Duron’s got a big play in him.”

Steinberg is playing the odds with the Eskimos’ return game, hoping they can find the end zone on special teams for the first time this season with new returner Christion Jones, who made his debut after being traded in Week 9.

“He’s probably only going to see the field in the return game, but Edmonton’s Christion Jones comes in at under $2,900, he’s an explosive returner, and the Eskimos are a team that has yet to get a return touchdown,” said Steinberg. “If you like to play the odds, this might be the time to get Edmonton’s returner in.”

Rounding out this week’s money picks, Nordman is staying with the Bombers, pairing up-and-coming receiver Kenny Lawler with Andrew Harris.

“I’m going to stick with the game that I think it going to be highest-scoring, that Winnipeg-BC game,” said Nordman. “Kenny Lawler continues to put up some decent totals for a $2,500 guy. He has seen some form of offence every game and I think there are points to be had there.”