Bombers succeed in all three phases in victory over Lions 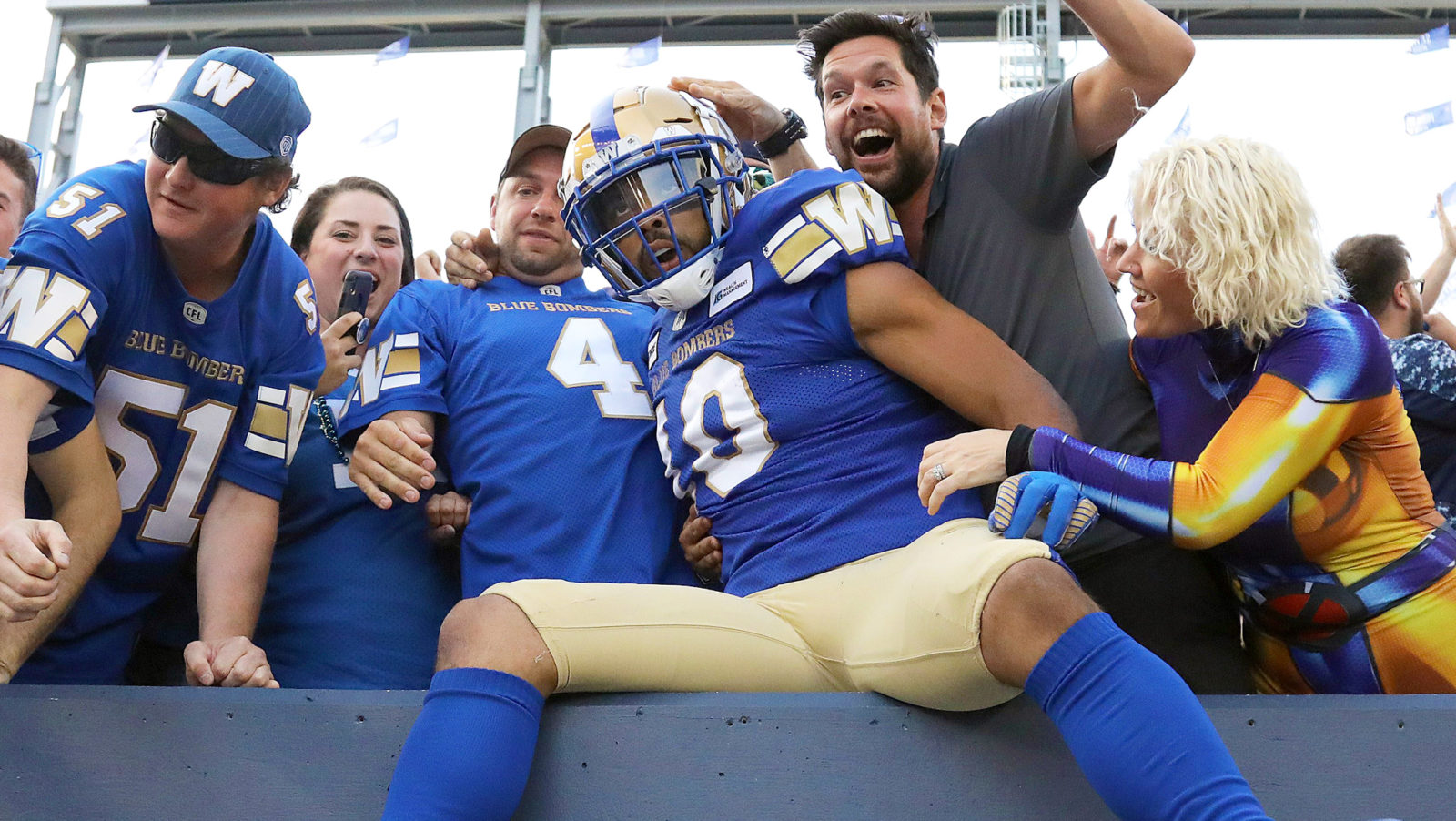 Bombers succeed in all three phases in victory over Lions

WINNIPEG — While every professional athlete will say that they prioritize team accomplishments over personal accolades, it always feels good to break a record.

Andrew Harris had the chance to set a milestone and help the Winnipeg Blue Bombers to a 32-16 victory over the BC Lions in one fell swoop on Thursday night.

The 32-year-old became the all-time leader in yards gained from scrimmage by a Canadian in the third quarter of the game. After it was announced that he had surpassed Ben Cahoon, Harris was visually emotional, tearing up while hugging teammates and staff on the sideline.

“Honestly, I was trying to downplay it,” said Harris of the moment he found out that he broke the record. “… I’m still at a loss for words. Obviously, it came against BC and I would’ve never imagined at this point in my career and my life, to be doing the things like this.

“A lot of respect and thanks to many different people. This is an accumulation of a lot of hard work and opportunity so it meant a lot.”

Coming into the game, Harris needed just 65 yards to take over first place all-time. He finished with 73 on the night. It was the sixth time this season that he finished with 70-plus yards on the ground.

Harris wasn’t the only member of the Bombers that had a standout night — far from it, actually.

From the outset, the West Division’s best squad looked good. It wasn’t easy at times, as the score and momentum swayed back and forth in the middle portion of the contest, but in the end, everything came together for the hosts.

Matt Nichols completed 83 percent of his passes for 179 yards and a touchdown. His lone passing score came in the first quarter when he connected with Nic Demski in the back of the end zone from 5 yards out.

The Bombers’ defence did a masterful job of pressuring the Lions’ offensive line, getting to Mike Reilly seven times on the night and adding an interception and three forced fumbles. Defensive back Marcus Sayles also had a punt block touchdown on special teams.

Willie Jefferson had the lone pick and finished with a tackle and a sack. It was his first interception of the season and seemed to swing the momentum in Winnipeg’s favour.

“That’s just me. I’m an athlete. I don’t want to just be known as a pass-rusher,” Jefferson said. “… I just want to be known as an athlete that can go get the job done, period.”

Winnipeg’s defence managed to slice through the blocking despite being without Craig Roh for the second half. The defensive end — who was filling in for the injured Jackson Jeffcoat — was forced from the game with an injury of his own. Rookie Jonathan Kongbo came in and finished with three tackles.

“He’s been working ever since he got the chance to come into the fold,” said Jefferson of his teammate. “We just want to stay hungry as a defensive line. Everybody was out there just trying to get to the quarterback and trying to get hands on the ball — I think we had three strips.

“It showed how relentless we are to the ball and how much effort we put into practice.”

Winnipeg jumped out to a 19-point lead following the Sayles punt block touchdown. That took the pressure off and the defence was able to shut the door the rest of the way en route to a win.

Halfway through the fourth quarter, the focus shifted to Nichols after he was forced to leave the game with an upper-body injury. O’Shea said that he hadn’t gotten the chance to speak with the medical staff, adding that he knows his quarterback is tough.

The head coach focused on his team’s performance rather than the status of his starting pivot.

“We’re missing the execution on some important details that’ll allow us to play a much cleaner game. You leave nothing to chance,” he said.

The Bombers will be looking for their eighth win of the season when they travel to Commonwealth Stadium for a showdown with the Edmonton Eskimos on Aug 23.