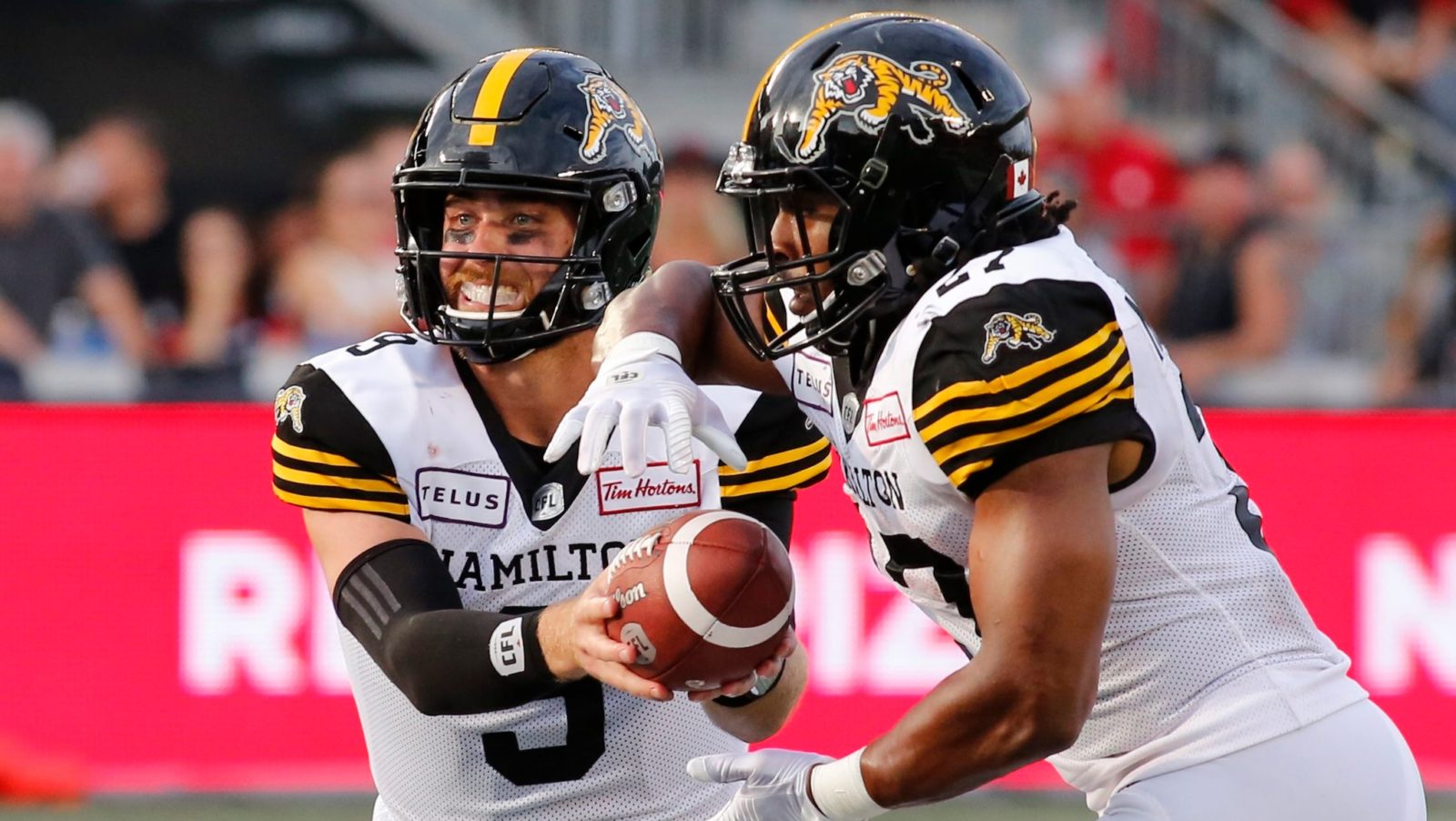 OTTAWA — The Hamilton Tiger-Cats improved their record to 7-2 and further established their position as leaders in the East with a 21-7 road win over the Ottawa REDBLACKS in Week 10. The Ticats have now won two of their last three games since losing starting quarterback Jeremiah Masoli to injury, with the team digging deep and finding ways to get the job done.

Aside from their back-to-back blowout wins against the Toronto Argonauts and Montreal Alouettes, the Ticats’ largest win heading into Saturday’s matchup with Ottawa had only been by eight points. While the Ticats started out slow against the REDBLACKS, strong defensive play and sustained drives allowed the team to pull away in the second half.

“We didn’t play our cleanest game, but we found a way to win,” Head coach Orlondo Steinauer said. “It’s not an easy place to win, a hostile environment. We hung in there. We found a way to make plays when we needed to.”

Although the Ticats are now tied with the Winnipeg Blue Bombers for best record in the league, Steinauer knows the team’s ceiling is far higher.

“We can be so much better,” Steinauer said. “They know it, though, and I think that’s what’s encouraging the most is they don’t feel satisfied. I’m definitely happy with the record; i’m not going to sit here and lie. Anytime you can win football games professionally, it’s a good win, but definitely not satisfied.”

Dane Evans has now won back-to-back starts, and he made multiple key throws to help put the REDBLACKS away on the road. The 25-year-old quarterback completed 62 per cent of his passes for 299 yards, including a touchdown to Jaelon Acklin that gave the team a two-possession lead in the fourth quarter.

“Dane found a way to get it done,” Steinauer said. “It really doesn’t matter how. It’s going to take time, and I thought between Dane and Tommy (Condell) and the offensive staff, they had a good plan.”

Evans has now thrown for 755 yards and four touchdowns against three interceptions in his three games as Hamilton’s starter. Evans had to overcome two costly red zone interceptions against the REDBLACKS, bouncing back to lead Hamilton to the win.

“As an offensive unit, we played well in spots today,” Evans said. “I thought the good thing we did all day was move the ball. Obviously we just got to be better in the green zone. That starts with me just taking care of the ball.”

While Evans hasn’t put up eye-popping numbers, he kept drives alive against Ottawa and helped lead his team to 21 points in enemy territory.

“I could care less about stats or anything, just trying to take care of the ball and put us in position to win games,” Evans said.

Up next for the Hamilton Tiger-Cats is a road game against the BC Lions next Saturday night in Week 11 action.