Steinberg’s MMQB: One of the best ever 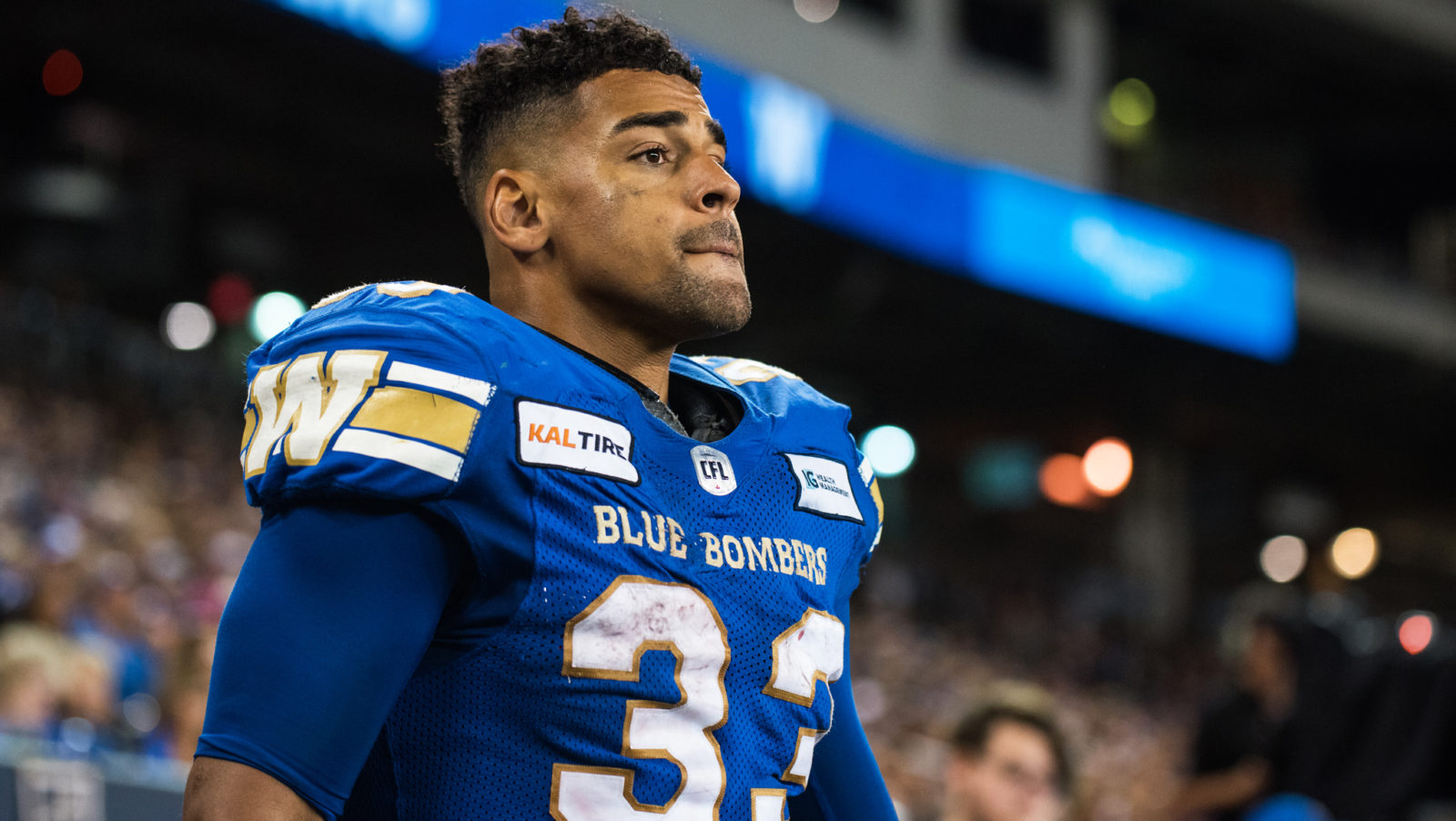 Steinberg’s MMQB: One of the best ever

Andrew Harris looks like he’s a long way from retirement, but whenever he decides to move on, he’ll go down as one of the best Canadian running backs in league history. Check that; Harris will finish his career as one of the greatest CFL tailbacks ever. The fact he happens to be from this country is a nice bonus to what he’s accomplished already.

The fact it has only been a few years since I’ve written similar things about a Canadian running back speaks to how special this decade has been. We’re not that far removed from Jon Cornish torching opposition defences from Calgary’s backfield at a historic rate. Of course, Cornish was enshrined into the Canadian Football Hall of Fame earlier this month; Harris will be following him there in the near future.

Harris became the all-time Canadian leader in yards from scrimmage on Thursday night as Winnipeg improved to 7-2 with a 32-16 win over the BC Lions. 73 rushing yards helped Harris pass Ben Cahoon (13,368) into top spot all-time with 13,377 career yards from scrimmage. The scary part is Harris doesn’t seem anywhere close to being done.

Sure, at 32 years old, you could make the argument Harris is a prime candidate for regression in the next few years. But before you go down that road, you also have to acknowledge how Harris is coming off his best statistical season in 2018 at the age of 31. Even more impressive is the fact Harris is on pace for even better numbers one year later.

As it stands right now, Harris is on pace for more than 1,600 yards on the ground and over 600 receiving yards; his official “on pace” number is 2,282 total yards from scrimmage with half a season remaining.

For the record, that number would be the highest total ever for a Canadian; Cornish holds that mark with 2,157 in 2013. It would also be the third highest mark of all-time by a player of any nationality. Mike Pringle holds the top two spots, amazingly with the same total; he had 2,414 yards from scrimmage in both 1994 and 1998.

From a career standpoint, Harris has a very good chance of cracking the top five of all-time before the end of his career. While Pringle’s bonkers total of 20,255 seems untouchable, Harris is about 1,500 yards back of Allen Pitts (14,886) for fifth. Milt Stegall (15,208) and Geroy Simon (16,546) in fourth and third, respectively, are also realistically within reach.

Knowing how well Harris takes care of himself, and how prolific he is at this stage of his career, multiple seasons of 1,000 or more yards from scrimmage isn’t a crazy thought. Harris has the chance for this individual season to be in nearly unprecedented company, while his career is almost certainly going to finish in that same elite class.

I don’t know how much longer Harris is going to play, because that decision is solely up to him. However, I know he’s showing no signs of slowing down. I also know he’ll be taking a trip to a Hall of Fame in Hamilton a few years after he calls it a career.

Patience is a virtue

2019 has been an absolute nightmare for the BC Lions. No one is going to dispute that, inside or outside the organization. Thursday’s aforementioned 32-16 loss to the Bombers dropped BC to a league-worst 1-8 on the season. It would be easy for the Lions to start thinking about knee-jerk decisions to try and salvage this season. It’s my belief, however, now is the time where patience is most important.

BC reshaped their franchise over the winter, starting with a brand new coaching staff. The Lions landed DeVone Claybrooks, the most sought after head coaching commodity in quite some time, and built a brand new staff around him. Veteran Rich Stubler was brought in as defensive coordinator, while big name former players Drew Tate, Nik Lewis, Ryan Phillips, and Bryan Chiu came on as positional coaches.

Sure, there are times to fire coaches and we’ve seen many times where it has worked. This is not that time, however. Hiring Claybrooks was the right move, regardless of how the first nine games of his tenure has gone. Claybrooks is respected by players, has a high-end football mind, and has all the traits of a successful head coach.

Not every team is built overnight, after all. Let’s take Chris Jones as an example; he went 5-13 in his first year with Saskatchewan before the team started to trend in the right direction. Sure, there are plenty of Dave Dickenson or Marc Trestman examples, but not every coach sees his team go to the Grey Cup in year one. 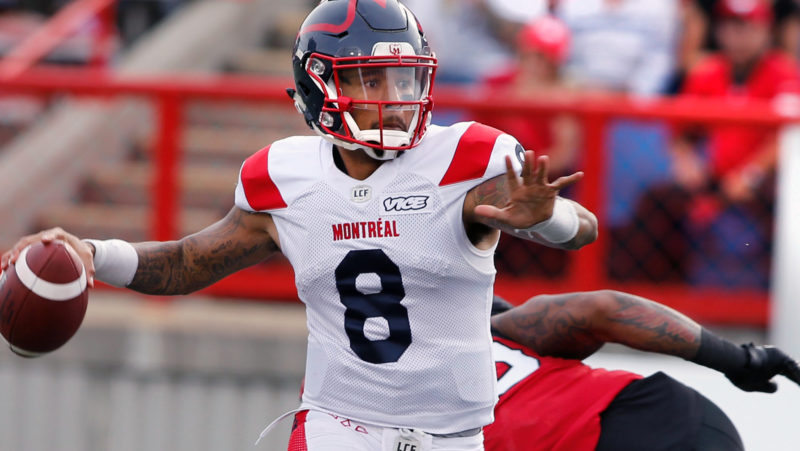 The same logic can be applied to Mike Reilly at quarterback. BC’s biggest off-season splash hasn’t been the prolific passer we’ve come to know, but it’s not like the guy has forgotten how to play football. Reilly is still struggling with familiarity and comfort with receivers, while protection in front of him has left a lot to be desired.

Remember, Reilly went 4-14 in his first season as a starter with the Eskimos. It was his worst professional season and he really took off the following year; he didn’t transform into Mr. 5000 until his fourth year starting in Edmonton. Much like a coaching staff, a new quarterback doesn’t always hit the ground running in year one.

I’m not attempting to absolve the Lions here; what we’ve seen thus far is extremely disappointing. But hiring Claybrooks was the right decision, as was targeting Reilly in free agency. Making hasty decisions now could undo a lot of the good done over the winter, regardless of the initial returns.

The upside of being patient is twofold. It allows this group to experience and grow together through adversity with the chance to be in a much better spot next season. Second, it allows for improvement when there’s still plenty left on the table this year.

Even at 1-8, the Lions are still very much in the crossover playoff mix, which means the motivation to take steps forward is there for everyone involved. Sometimes making a snap decision is a whole lot harder than being patient. In the case of the 2019 BC Lions, doing the difficult thing has the chance to pay off in a big, big way.

The Hamilton Tiger-Cats own a share of top spot in the CFL by being a really good, balanced football team. Sure, Jeremiah Masoli is done for the season, but Dane Evans has stepped in and done the job, even if the numbers aren’t spectacular. But with a deep group of offensive playmakers and a dialed in defensive unit, the Ticats are winning games the way you’re supposed to: as a team.

Saturday night’s shock win for the Montreal Alouettes in Calgary was huge. Had the Als lost at McMahon Stadium, it would have been a third straight loss; the chance of doubt creeping into the locker room would have been a whole lot higher. Montreal is a sneaky good team and they have no reason to doubt themselves; you can bet they’re nothing but confident after that comeback win.