Esks not focused on hype surrounding matchup with first-place Bombers 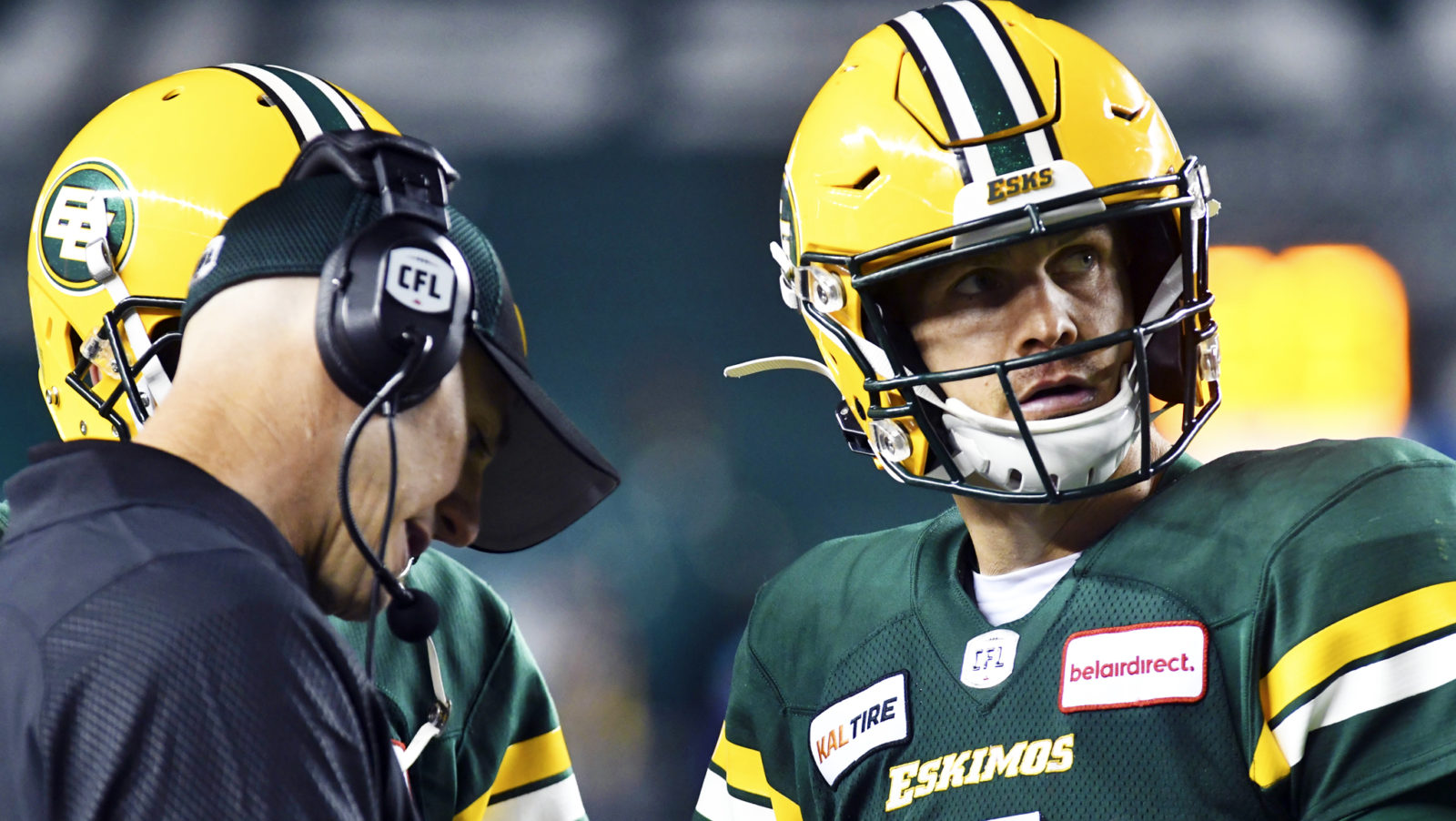 Esks not focused on hype surrounding matchup with first-place Bombers

EDMONTON — If it wasn’t already abundantly clear, the Edmonton Eskimos have one of the best offences in the league, and they showed that in their Week 10 victory over the Toronto Argonauts.

Trevor Harris aired it out, going 28-for-41 for 420 yards and three passing scores. Greg Ellingson had 10 catches for 170 yards and two touchdowns while DaVaris Daniels had 155 yards on five receptions.

“We don’t lead the league in yards for nothing. We do a very good job generally of accumulating yardage and scoring points has been our Achilles heel,” head coach Jason Maas said to Esks.com. “To go out in a game like that and execute the way we did, particularly early in the game, speaks volumes to the work the guys have put in and the attention to detail and focus that we talked about during the week.

“They rose to the occasion.”

For Ellingson, it was one of his biggest outings of the season. It seemed as though the 30-year-old had the ball in his hands the entire game. He highlighted his impressive evening with a diving effort in the end zone that could very well go down as the catch of the year.

“I kind of had a feeling. You kind of know certain plays and how the coverage is going if the ball is coming to you,” Ellingson said. “… I had a feeling the ball was coming my way and Trevor put a great ball outside the reach of the defender and finished, focused, and made sure I pulled it in.”

The Eskimos face one of their biggest challenges to date in Week 11, as they will welcome the Bombers to Commonwealth Stadium. Winnipeg improved to 7-2 on the year with a 32-16 victory over the BC Lions in Week 10. However, they lost starting quarterback Matt Nichols after he left the game in the fourth quarter with an upper-body injury.

Bombers head coach Mike O’Shea announced on Monday that Nichols would miss 4-6 weeks and was subsequently placed on the six-game injured list. For the time being, the reins will be handed to backup Chris Streveler, who has been used in short-yardage situations this season. Despite only throwing nine passes this year, the 24-year-old proved last year that he can be a problem for opposing defences.

“He’s big, strong, athletic, tough. There are lots of adjectives you could use to describe him, but he’s a great quarterback from my estimation. Just watching him play, he makes plays. He’s a playmaking type of quarterback so I know they’ll be confident with them behind centre for the entire game,” Maas said. “He’s generally a guy that plays a lot for them. He plays in different spots and does different things and now there’s going to be no surprise as to when he’s going in.

“He poses some different challenges than other quarterbacks do with his running ability, but he can still sling it. Our guys are going to have our hands full. We have to be mindful of what our scheme is going to be and understand our gameplan fully so we can play fast.”

With a victory against Winnipeg, the Esks would see themselves move into a tie atop the West standings. Despite the hype surrounding a game of this magnitude, both Maas and Harris know that the task is to focus on the team in front of them every week.

“I know that the standings in the West are obviously crowded and it’s going to be a race in the West — as it always is. We’ve got to make sure that we’re mindful of just pressing forward every day,” Harris said. “Anyone that says ‘we’re going to play bigger and harder’ is crazy because we’re going to try hard every week.”