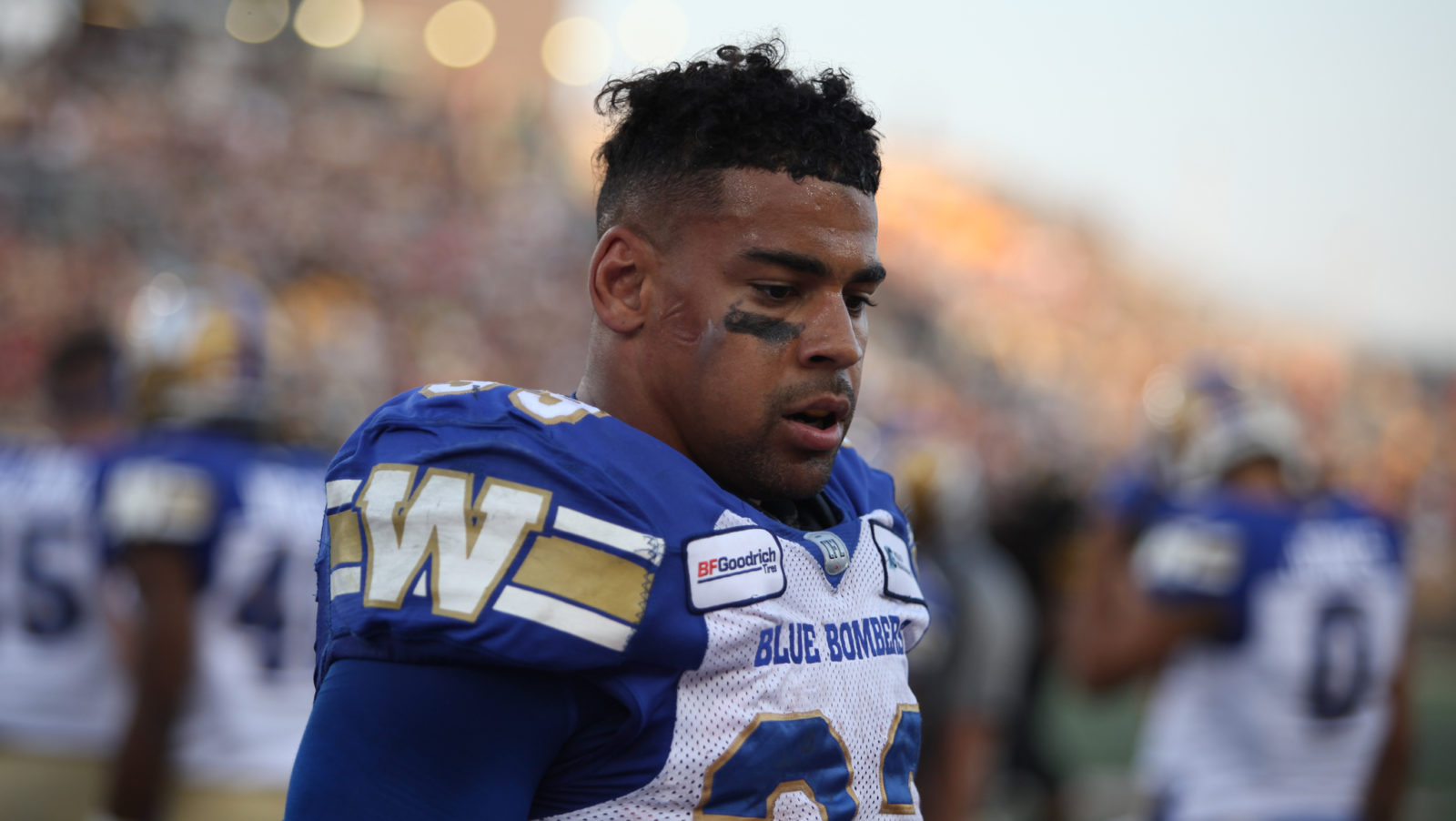 TORONTO — Bombers running back Andrew Harris‘ status for the Bombers contest on Friday night is unknown.

Taylor Loffler appears to have suffered a torn ACL.

Plus, what is going on with James Wilder Jr. and the Toronto Argonauts?

The latest news and notes from Week 11 in this week’s Checking Down:

Can the BC Lions win their second game of the season this week? (Geoff Robins/CFL.ca)

– The BC Lions signed defensive lineman Jonathan Newsome and defensive back Oshane Samuels to the team’s practice roster on Tuesday (CFL.ca).

– According to defensive back Aaron Grymes, who says he’s been on bad teams in his career, the BC Lions aren’t one of those bad teams (TSN1040).

– They haven’t been on the winning end of games so far this season but quarterback Mike Reilly says there is still pride in the BC Lions locker room (BCLions.com). 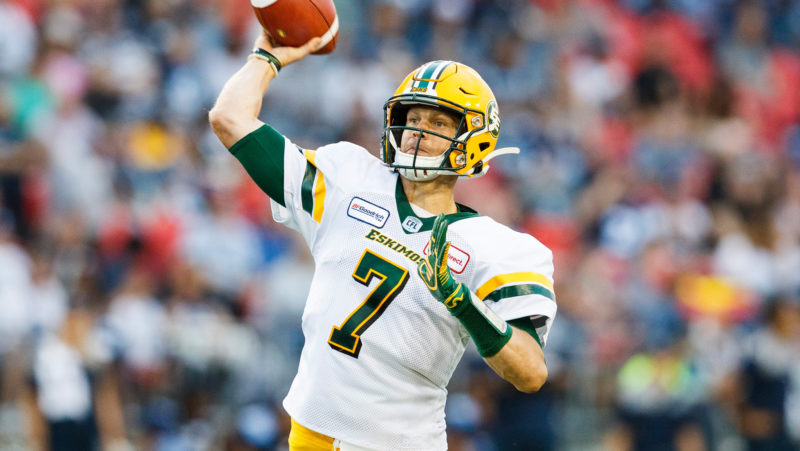 – Edmonton will be facing a Winnipeg Blue Bombers squad with a new face under centre when the two teams meet on Friday night and aren’t worried about the hype around the West’s first place team (CFL.ca).

– He’s transitioned into a full time role in the Eskimos secondary this season and Money Hunter has ended up being a good investment for Edmonton (Esks.com). 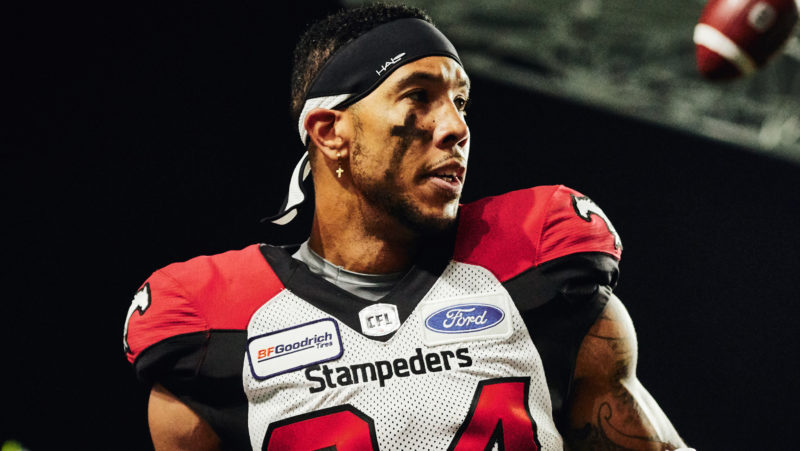 Reggie Begelton is emerging as a threat in the Stampeders receiving corps (CFL.ca) 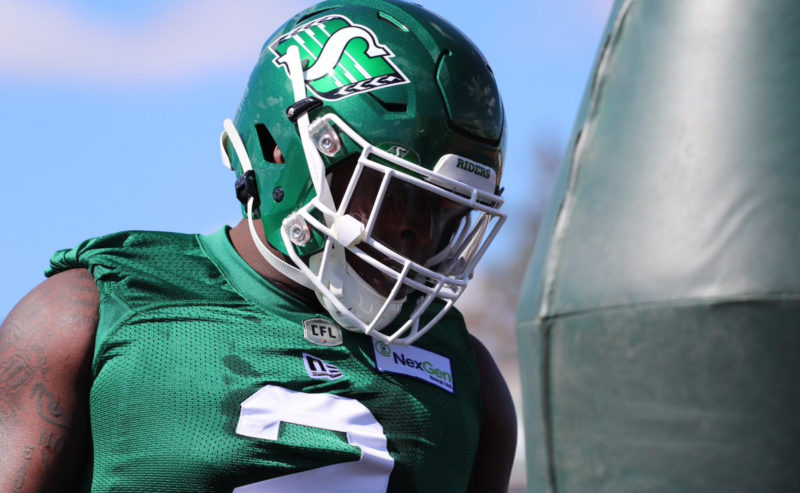 Micah Johnson is still not ready to start practicing yet (Riderville.com)

– Head coach Craig Dickenson said that Johnson is still dealing with an ankle issue and is not ready to start practicing (Britton Gray, 980CJME).

– Despite returning to practice, whether or not Lauther kicks this weekend against the Ottawa REDBLACKS is still being evaluated (Murray McCormick, Regina Leader-Post).

– Bombers pivot Matt Nichols will be placed on the six-game injured list and will be re-evaulated in 4-6 weeks, head coach Mike O’Shea announced on Monday (CFL.ca).

– The Bombers signed Na’Ty Rodgers and Nick Taylor to the team’s practice roster on Monday (CFL.ca).

– Andrew Harris is well on his way to solidifying himself as one of the best Canadian running backs to ever play in the CFL, making history last week (Pat Steinberg, CFL.ca).

– Harris started practice on Tuesday but did not finish. He appeared to have an issue with his arm but HC Mike O’Shea said “he’s fine” (Darrin Bauming, TSN1290).

– Harris was also not made available to the media on Wednesday, and questions are now raised about his availability for Friday’s game in Edmonton (Bob Irving, 680CJOB).

– Receiver Drew Wolitarsky did not participate in practice on Tuesday and Canadian WR Daniel Petermann was practice in his place (Darrin Bauming, TSN1290). 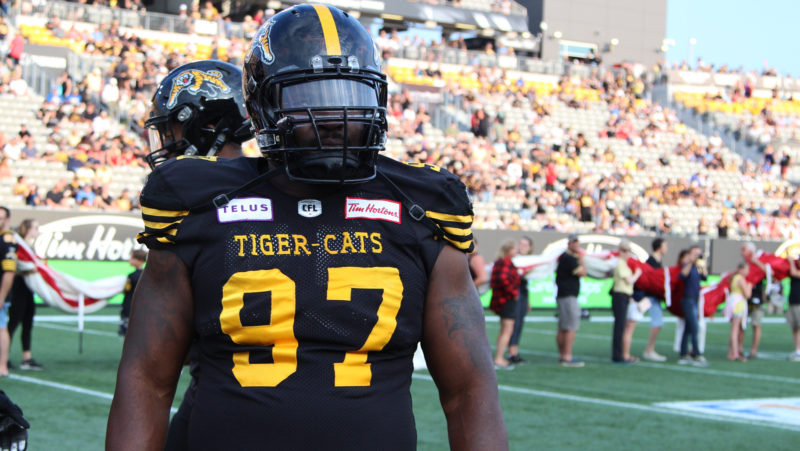 Ted Laurent was missing from practice this week after suffering an injury in Ottawa (Shannon Vizniowski/CFL.ca)

– Nikola Kalinic appears to be making his return this week, as the team added him to the active roster (Kyle Melo, TSN1150).

– After missing last week’s game against Ottawa, offensive lineman Ryker Mathews was back at practice on Tuesday (Kyle Melo, TSN1150). 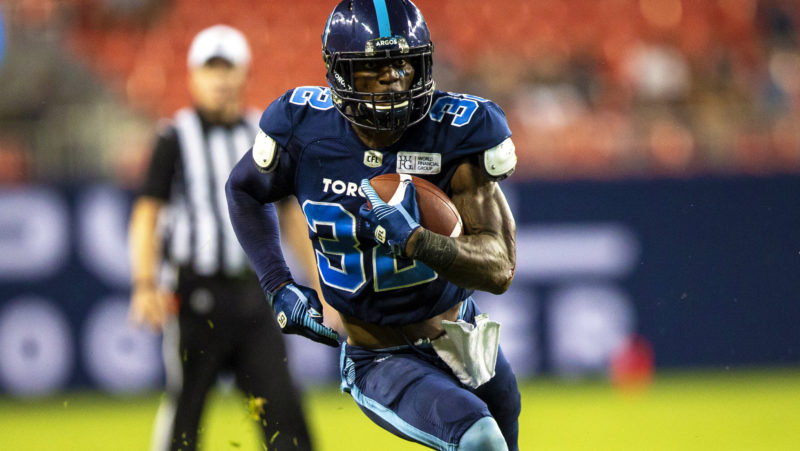 Things are looking a little murky when it comes to James Wilder Jr. in Toronto (Geoff Robins/CFL.ca)

– In the midst of a 1-7 start to the season, the Toronto Argonauts now have to figure out what they want to do with running back James Wilder Jr. (Chris O’Leary, CFL.ca).

– With rumours swirling about James Wilder Jr. and a potential trade, what would be the best spot for the 27-year-old to land? (CFL.ca).

– Davis and Donnovan weigh in on the drama in T.O., talking all things James Wilder Jr. in this week’s podcast (The Waggle, CFL.ca).

– The Argos added Jonathan Crompton to the coaching staff as quarterbacks coach and for the former pivot, the decision was a ‘no-brainer’ to join the team (Matthew Scianitti, TSN)

– Adding Crompton to the staff was about experience for the Argos, as HC Corey Chamblin believes that Crompton’s time in the CFL adds a different layer to the role to help them try and turn around their 1-7 season (Matthew Scianitti, TSN).

– After his record-setting field goal streak came to a close last week, kicker Lewis Ward isn’t going to approach the games any differently than he had before (OttawaREDBLACKS.com).

– With Paopao now calling plays in Ottawa, TSN analyst Henry Burris is expecting him to simplify the REDBLACKS offence as they look to get back on track (TSN1200). 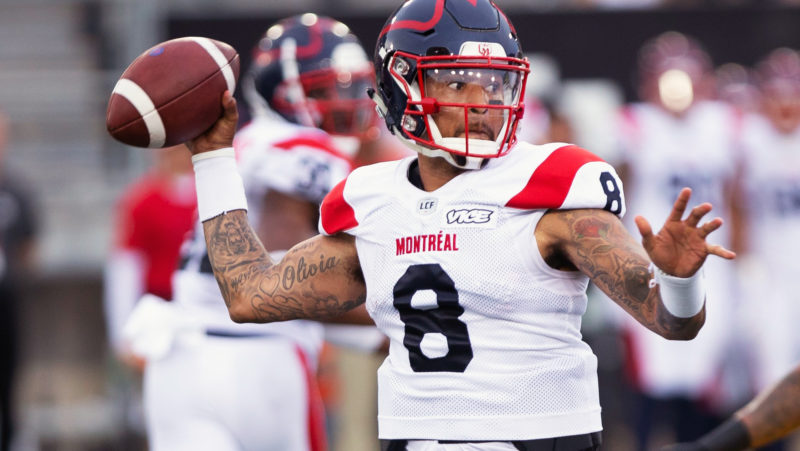 Can Vernon Adams Jr. pull off another exciting win this weekend in Moncton? (The Canadian Press)

– Vernon Adams Jr.just keeps winning football games and has made a name for himself in the Rockstar QB Index (CFL.ca).

– The Montreal Alouettes have signed national running back Shaq Murray-Lawrence to their practice roster and released national defensive back Cauchy Muamba, the team announced on Wednesday (CFL.ca).

– Montreal Gazette reporter Herb Zurkowsky joined TSN690 to discuss the swagger that the Alouettes have been playing with as of late, especially following their thrilling OT winner over Calgary (TSN690).

– It appears that Loffer has suffered a torn ACL in his left knee (Didier Ormejuste, RDS).