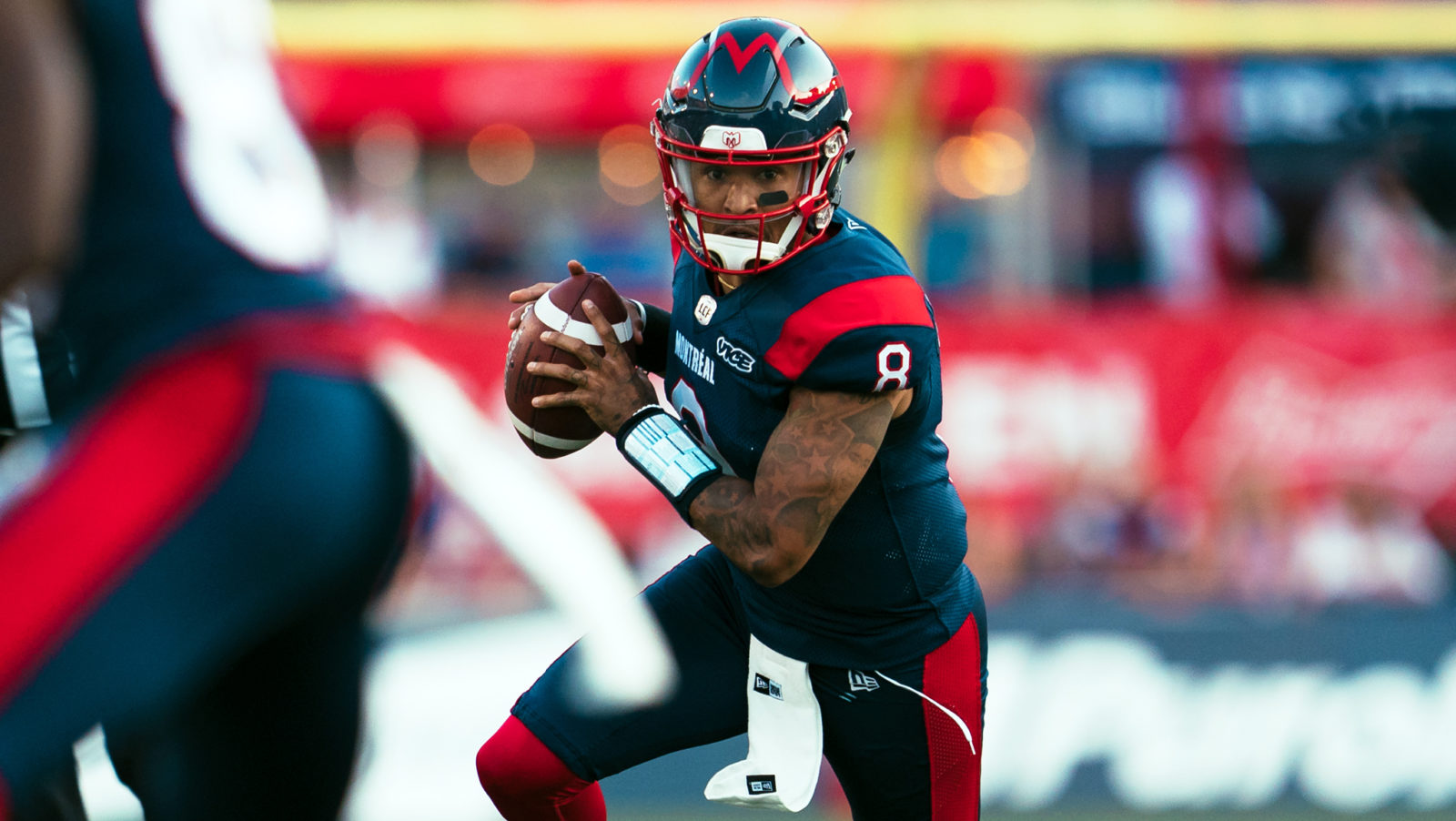 All one has to do to get a read on the 2019 regular season is look at the quarterback rankings for Week 11 of TSN CFL Fantasy Football Presented by Leo Vegas.

Trevor Harris ($12,370) sits atop the mountain while Mike Reilly ($9,565) is second despite having just one game of producing more than 20 Fantasy points with his passing.

From there? A host of faces that have been thrust to the forefront due to injuries. The new faces at pivot obviously dictate the fortunes of the players around them, and this week sets up to become an object lesson.

PLAY CFL TSN FANTASY
» Sign up and set your lineup for Week 11!
» The latest from the CFL Fantasy Podcast
» O’Shea: Bombers’ Nichols out at least 4-6 weeks

Winnipeg’s defence leads the league with a 60.1% completion rate against, but keep in mind that Harris completed 35 passes for 345 yards in the previous meeting in Week 3. However, the trio of Greg Ellingson ($9,072), Ricky Collins ($7,606) and a surging DaVaris Daniels ($7,244) makes it highly unlikely the Bombers can keep the Eskimos out of the end zone as they did in the first meeting.

Reilly accounted for three majors in the previous contest against the Tiger-Cats, who have become vulnerable to big passing plays (21 completions allowed on passes of 20-plus yards in depth), which could make Bryan Burnham ($9,180) and Lemar Durant ($5,535) good plays for Fantasy users.

Cody Fajardo ($7,899) has just one passing major in his last three games. He needs a solid outing against the RedBlacks to help dispel the notion that the Roughriders are reverting to their old ball control ways. Don’t be shocked if Dane Evans ($5,579) has a breakout performance, as it felt like he was a play or two away from doing so in last week’s win over Ottawa.

Chris Streveler ($6,600) will put up good rushing numbers but can’t be trusted to put up Fantasy points against the Eskimos and their top-ranked pass defence. A slow start from McLeod Bethel-Thompson ($8,289) could open the door for James Franklin to swiftly return from the Injured List and into the Argos’ huddle. It’s just hard to trust Dominique Davis ($6,531).

Andrew Harris ($11,289) had his streak of seven straight games with at least 9.7 Fantasy points via receiving come to an end last week. Bank on Harris starting a new one as the Bombers will look to give him 20-plus touches against the Eskimos and their top-ranked defence. He’s rushed for better than 73 yards in all but three games thus far.

If William Stanback ($8,948) returns as expected, he’ll make up for lost time when going against Toronto’s run defence, which allows a league-high 138.5 yards on the ground. A healthy Stanback makes the Als’ O extremely potent, a phrase few envisioned saying before Week 1.

Edmonton’s C.J. Gable ($8,512) is averaging 5.8 yards per carry in his last two games; a third is a strong possibility should the Eskimos passing game sets an early tone. John White ($7,626) and his running style is a good fit versus Hamilton, which is eighth in both yards per carry allowed (5.3) and rushing majors allowed (13).

After compiling a monstrous 36.1 Fantasy points against the Lions in Week 7, William Powell ($9309) has just 11.8 FP via rushing in his last two. A visit from his old REDBLACKS teammates might be a welcome tonic considering Ottawa is eighth in rushing yards allowed (121.6) while giving up a league-worst 14 rushing touchdowns.

Toronto gets James Wilder Jr. ($9400) back in the lineup but the production does not project to be worth the price. On the other hand, Cameron Marshall ($5505) is a value breakout waiting to happen, especially if the Ticats trust him with 20-plus touches.

Brandon Banks ($13,723) will rebound in grand fashion as he gets a Lions secondary that he torched for a 9-137-2 line in Week 9. Bralon Addison ($6,376) should thrive off his teammate as the Ticats continue to utilize him in a variety of ways. Burham had his best game of the season against Hamilton and will be good for 12-15 targets. Kyran Moore ($7,235) and Shaquelle Evans ($6,467) will need Fajardo on his game. The Roughriders, who lead the league with a 9.2 average gain per pass, are second only to Ottawa in fewest passing majors (seven).

This is DeVier Posey’s ($6,368) opportunity to cement his case as the Alouettes’ featured pass-catcher now that B.J. Cunningham is likely done for the season. Facing a Toronto pass defence that has given up 16 touchdown passes and 15 completions of better than 30 yards will be a great step forward, although rookie Jake Wieneke ($2,699) has established himself as a major red-zone threat with four majors on just 13 receptions. The Argos will need to get Derel Walker ($8,307) on track after he managed a combined seven catches for 56 yards in his last two games.

Ottawa’s receiving corps can’t be counted on as pivot issues have wrecked the value of Brad Sinopoli ($6,450). Caleb Holley ($3,577) has nine catches in his last two games and will continue to take targets away from Sinopoli, R.J. Harris ($6,472) and Dominique Rhymes ($5,060).

The Blue Bombers have become a guessing game at the position since Darvin Adams’ injury. Chris Matthews ($3,037) showed flashes of being the big-play threat the offence is lacking at the position, but it will be interesting to see who steps up for Streveler now that Matt Nichols will be out for up to six weeks.

Those who love gambling on the back end of the receiving rankings could find intrigue in Hamilton rookie Jaelon Acklin ($3,263), who has started to push Luke Tasker ($6,726) as the Ticats’ receiver of choice behind Banks and Addison.

Saskatchewan ($5,654) gets an Ottawa offence that has managed a league-low 11 touchdowns, giving them the edge this week over Winnipeg ($6,114), who will lack value against Edmonton’s firepower on offence. The Alouettes ($3,499) have sleeper potential facing the Argos, who are last in scoring at 16.1 points per game. Hamilton ($3,933) also has good value as it goes against BC’s O-line, which has allowed 36 sacks.