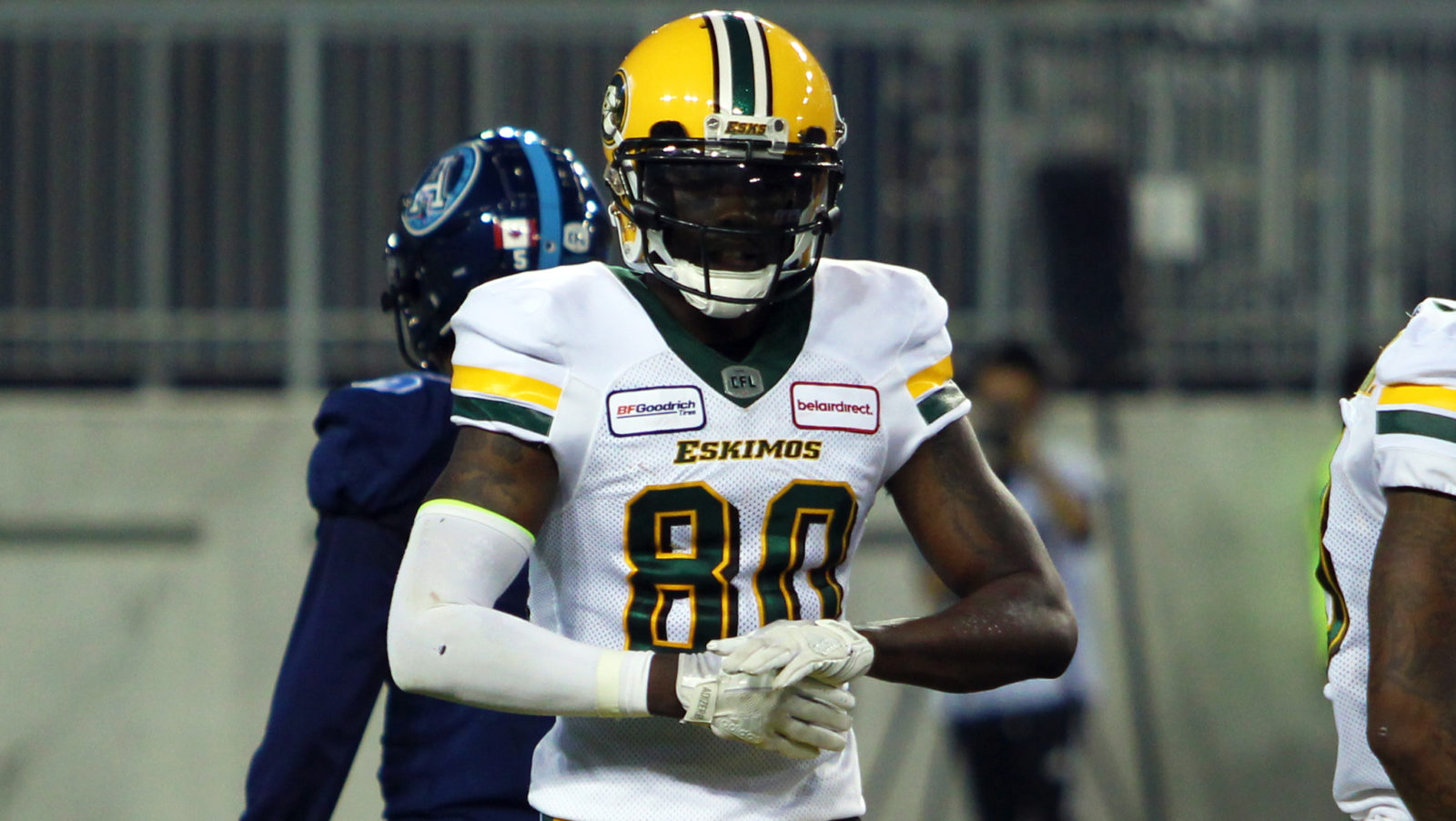 With only two of the league’s nine opening week starting pivots still upright, Week 11 of TSN CFL Fantasy Football Presented by Leo Vegas could be subtitled, “How Much Do You Trust Your Backup?” The unexpected upheaval has greatly impacted most offences outside of Edmonton, where a healthy Trevor Harris ($12,370) has guided the Eskimos to a CFL-best 433 yards and 25.3 offensive points per game (ranked third).

Changes could be a-coming in Ottawa and Toronto, where ineffective play has rendered the use of RedBlacks and Argonauts to reaches at best and toxic at worst. Fantasy users who can correctly pinpoint the right backup thrust into a starring role will be the ones smiling brightest when the first half of the season ends in New Brunswick on Sunday.

We finally got to see what Daniels could really do in the Eskimos offence during last week’s win over the Argonauts, reeling in five catches for 155 yards that included a pair of receptions of better than 50 yards. Although Winnipeg is second in the league in fewest big plays allowed (16), that would stop Harris from dialling it up against the Blue Bombers, who are also second in pass efficiency on attempts of 20+ yards in depth. With Greg Ellingson ($9072) and Ricky Collins Jr. ($7606) being the focus of the passing game, Daniels will be in a position to perhaps reel in a long-distance major from Harris, who leads the league with seven scoring tosses of 20+ yards in depth.

This could have gone to any Winnipeg receiver, but Whitehead gets the nod here as he’s become something of a forgotten man in the offence. After a promising start to the season, Whitehead has gone four straight games with 33 receiving yards or less. The Bombers have attempted to find ways to get him the ball offensively, but Whitehead has managed a combined 22.1 fantasy points in that span. Winnipeg averages a league-low 225 passing yards per game and will be paired against the Eskimos D gives up a league-low 191.9 passing yards per contest; considering that Andrew Harris ($11,289) expected to carry a huge workload, there likely won’t be enough plays for Whitehead to be a Fantasy factor.

Saskatchewan leads the league with a 9.2 yard average gain per pass along with producing a league-high 15 completions of better than 30 yards. Yet for all of the big-play potential, the Riders have flashed this season, they have managed only seven passing majors. Only one of those have come in the last three games, which is why the feeling here is that Fajardo is due for a TD outburst. Ottawa seems to be perfect timing, as the RedBlacks have allowed seven touchdown passes on attempts of 20+ yards in depth. They have also allowed 13 completions of more than 30 yards, numbers which makes either Kyran Moore ($7235) or Shaquelle Evans ($6467) affordable pairings.

Don’t get fooled into thinking Dominique Davis ($6531) will repeat his 354-yard, three-TD performance in the Week 2 slugfest between against the Roughriders. He’s thrown only two majors since then and could have Jonathon Jennings ($5150) looming over him. With Davis unable to generate much offence, a talented RedBlacks receiving corps is left to wallow in poor Fantasy numbers. Until there’s a drastic change that can last more than every third drive, Fantasy users should shy away from Ottawa’s passing attack.

Marshall has reminded CFL fans and opposing defences just how good he can be when healthy, averaging 6.9 yards on 19 carries over his first two games. The Ticats have used receivers Bralon Addison ($6376) and Anthony Coombs ($4346) as changes of pace in order to keep him fresh, but Marshall should be effective with the 18-20 touches he will get this week. Marshall has yet to score a touchdown, yet the upside comes in the fact the Lions have allowed 11 rushing majors this season. After scoring a modest 10.9 Fantasy points last week, imagine what his totals could look like if he adds a touchdown or two.

We keep waiting to see if the Lions will add Lankford to the offence, where his speed would be welcomed against a Tiger-Cats secondary that has allowed 21 completions of passes of 20+ yards in-depth, but his next reception will be his first. The return potential makes Lankford an intriguing Flex option each week, but with the season all but lost, it certainly wouldn’t hurt to give Lankford a chance to run under a Mike Reilly rainbow.

Posey returned from the Injured List with 10 catches for 181 yards in last week’s Instant Classic against the Stampeders and is set to torch his former Argonauts teammates in the Touchdown Classic at Moncton Stadium. Only BC (18) has allowed more touchdown passes than the 16 given up by Toronto, including nine from 0-9 yards depth downfield. While Posey certainly can light it up deep, his speed and elusiveness does work when Vernon Adams ($9,545) uses the underneath game. The Argos have allowed 29 big plays this season and will see one of the heroes of their 2017 Grey Cup title run add to that total.

Which Wilder shows up? The receiving skills have been there, as a whopping 64 of his 80.1 Fantasy points this season have come from pass-catching. That’s part of the reason why it is hard to invest nearly a fourth of your salary on a back who is averaging just 4.2 yards per carry and has yet to record a run of longer than 19 yards. He’s much better than that.