Ferguson: A question for every U SPORTS team 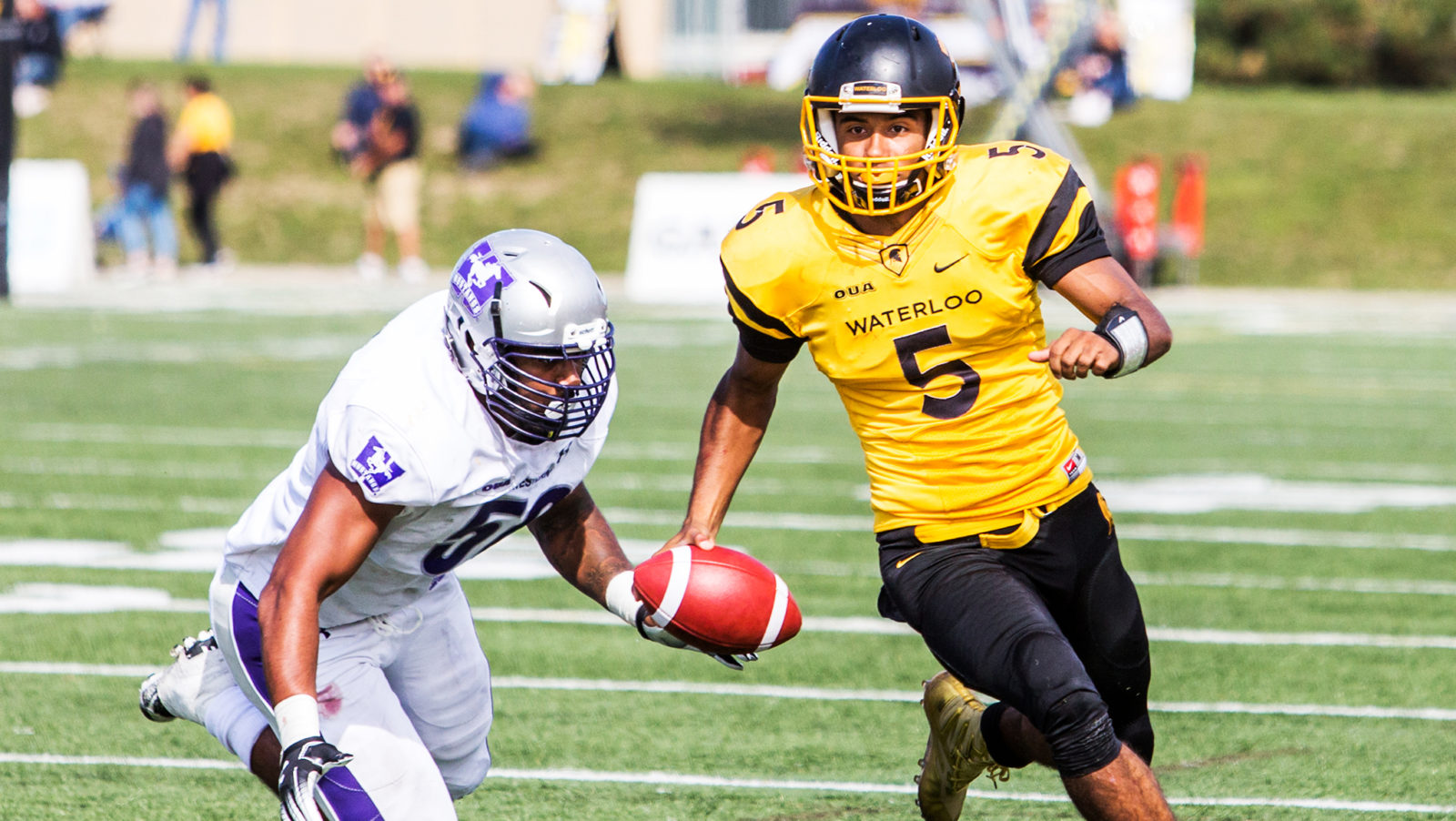 Ferguson: A question for every U SPORTS team

Did you feel it? That thing about two weeks ago in the middle of the CFL season where it starts to feel even MORE like football season?

It always catches me off guard. Here I am working my way through another entertaining CFL season trying to learn as much as possible about the game when all of a sudden I have the urge to go for a run, hit the cold tub or break in a new pair of cleats.

Why does this feeling always hit me this time of year? Like many of you reading this who care about the game at it’s roots, I grew up playing everything from junior football in the summer to high school and university in the fall.

The short answer is I’m a pre-programmed robot who upon seeing a pre-season poll or an OUA cover vote immediately snaps into university football mode.

I love it. All of a sudden there is a buzz on campus, hope abounds for every roster and the chance to find the next generation of U SPORTS and CFL draft eligible stars has arrived after everyone across the country worked in silent packs throughout the summer heat to be ready for the two month sprint that is university football in Canada.

This season features the usual plethora of storylines across the country and I’ve got a question surrounding each team as we get set to kick off the chase for the 2019 Vanier Cup.

Question: How far can QB Hunter Guenard take the Axemen? Head Coach Jeff Cummings had a whopping total of six Acadia players make the trip to Carleton for the East-West Bowl this past spring and while RB Dale Wright and REC Rory Kelly are set for big years in the AUS, they’ll need their quarterback to lead the way. 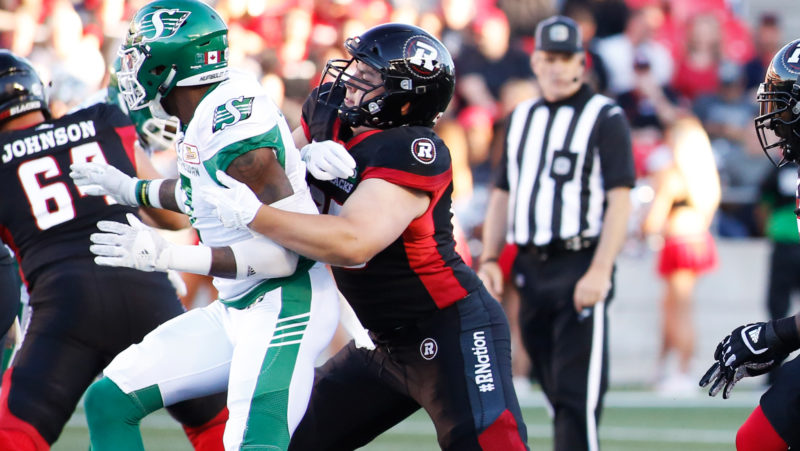 Question: Who is the next great Golden Bears offensive lineman? After a couple great drafts in a row with Mark Korte and Jonathan Harke you have to wonder if Alberta is becoming a consistent gold mine of lineman talent.

Question: Is this the year to make a move on the AUS? After switching over to the AUS from the RSEQ, Bishop’s went 0-8. It can’t happen again and it shouldn’t, but how far up can they climb?

Question: Can the Dinos harness the heartbreak of the 2018 Hardy Cup? An 8-0 regular season and 37-13 cruise over Manitoba meant nothing after getting demolished 43-18 at home in the Canada West Championship. How can the Dinos and their ever-talented roster use that moment to grow? Their offensive line was surprisingly young last season, but they’ll grow together in 2019 in front of Adam Sinagra, the best U SPORTS quarterback in 2018.

Question: Can the Ravens build on their playoff showing from 2018? After beating McMaster in the OUA quarterfinals, Carleton put up a valiant fight against Western but fell short in the 2018 OUA Semi-Finals. How can they grow on it all to move from being the team that threatens to win to that which teams fear?

Question: What can Head Coach Brad Collision bring to separate Concordia from the RSEQ pack in his second year? They say quarterbacks make the biggest developmental jump from season one to two, why not Concordia under the leadership of Collision?

Question: Can the Sheahan era be more steak and less sizzle? All the ingredients are there, including elite top end playmaker Kian Schaffer-Baker, who is every bit of his six-foot-four, 200-pound frame.

Question: Does QB Connor Carusello keep the staring job all year? He’s got the talent to do it and Head Coach Micheal Faulds says he wants Connor to own the lead role but time will tell.

Question: It’s a never ending pipeline at Laval. Just sit back, relax and enjoy finding out who Head Coach Glen Constantin was able to recruit before they inevitably get draft high and contribute to a Grey Cup winning roster.

Question: Can the Bisons have U SPORTS’ best pass rush in 2019? The return of Chris Larsen, Derek Dufault, and Samson Abbott to the brown and gold add to an already powerful group on the Bisons’ defensive line. Factor in East-West standout Brock Gowanlock, who showed off a freaky motor at the 2019 national showcase, and the possibility is very real.

Question: What is McGill’s identity? Before there can be success there must be an identity. McGill has to figure out what that is for their 2019 roster and commit to it in a tough RSEQ. 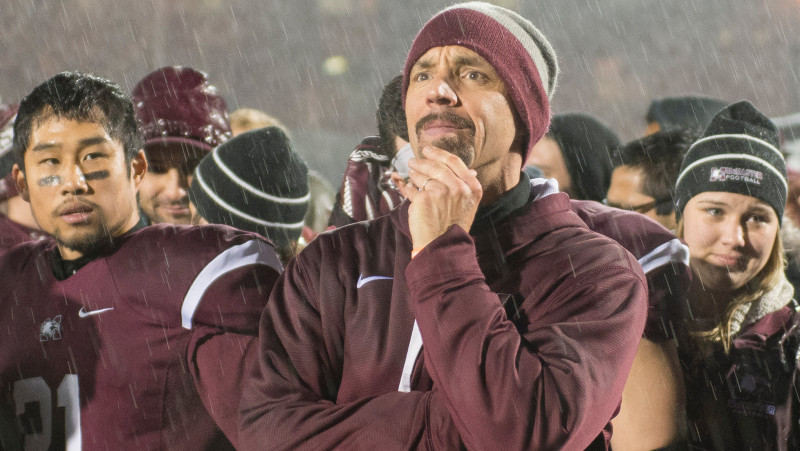 Can head coach Stef Ptaszek lead the Marauders to a championship? (McMaster University)

Question: How fast does Ptaszek get the Marauders back to being a national contender? Simply put he knows the formula, with a talented third year quarterback in Winnipeg’s Andreas Dueck, Ptaszek has three years to groom his next Quinlan.

Question: WHO IS THAT?! Marc-Antoine Dequoy. That’s the name you’re going to want to know. He’s a fourth-year DB with a special body type for Danny Maciocia’s Carabins squad. Expect to hear lots about him in the CFL Combine presented by New Era and draft next spring if the production is there this season.

Question: What is the Graves effect? Former Acadia Axemen quarterback and punter Kyle Graves has been added to the Mount A staff for 2019. He led the Axemen to back-to-back AUS Championships in 2011 and 2012. Graves was named AUS MVP during both of Acadia’s championship seasons while being named a CIS (now U SPORTS) All-Canadian as both a quarterback and as a punter. Young Graves does have CFL experience as a player and some coaching experience after working with Acadia in 2017. How much life can he breathe into a 2-6 2018 Mounties squad?

Question: How to get over the top? After going 6-2 in 2018 and losing a limited number of important pieces the Gee-Gees seem primed to make a run at the Yates Cup in 2019 but it will come down to quarterback play and Ottawa’s ability to answer the bell against the OUA’s top tier.

Question: What offence does Steve Snyder bring in his first season in tricolour? While the offence will no doubt have some power run aspects that were staples of Snyder’s coordinating at Western the last two years, I wonder what the identity of the passing attack will be with Snyder at the helm. We should find out quickly as a big Carleton front four comes to Kingston this Sunday. 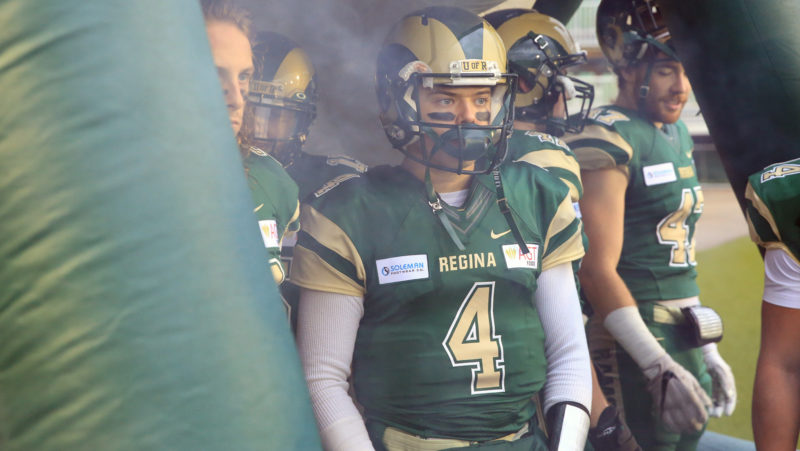 Who is set to take over the quarterback spot Noah Picton held since the 2014 season? (Piper Sports Photography)

Question: Who steps into the large Picton shadow? The Rams headed into camp this year without Noah Picton as the unquestioned starter for the first time since 2014. That’s a massive challenge and identity crisis for any team but add in the graduation of Atlee Simon and the Rams have some early season soul searching to do.

Question: Do you have the personalities to repeat? The talent is there, but it takes character to repeat. Saskatchewan’s 2018 playoff run was nothing short of amazing and with a couple studs on the offensive line Scott Flory could have the Huskies ready to make a deeper run in the national playoffs.

Question: Can the Vert Et Or offence diversify? With new offensive coordinator Justin Chapdelaine expectations are high for Sherbrooke to find more balance in 2019. Justin has worked with the Alouettes (2017) and Roughriders (2015) in addition to his time with the Bishop’s Gaiters, Simon Fraser Clan and Calgary Dinos. That’s plenty of exposure and experience but at 27 years old what will it bring in on field production?

Question: How to take down the X-Men? After a 7-1 regular season Saint Mary’s lost to St.FX in the Loney Bowl last season but bounced back in early pre-season action this past week. A sign of hope for the Huskies because if they want to get back to AUS supremacy it has to start with taking down the Antigonish crew before anyone else.

Question: Do the X-Men have the best culture in the AUS? They might have some of the best in all of U SPORTS as Head Coach Gary Waterman is constantly bringing back former players to help their coaching development begin while surrounding current players with mentors. This year Dylan Bell will return to the program as a graduate assistant defensive backs coach while Jordan Socholotiuk, a two-time All-Canadian and a recent graduate of the program, will return as a graduate assistant running backs coach.

Question: What production can former Hec Crighton winner Tommy Denison bring to the coaching staff? The guy knows his stuff through and through. He’s passionate and has been working closely with the Blues passing game which features East-West certified playmaker Clay Sequiera.

Question: What does a youth infusion do to the coaching staff? Coming into 2019, the T-Brids lost Stefan Ptaszek back to Mac and and Paul Orazietti. As a result Taylor Nill has been promoted to offensive coordinator after serving as receiver’s and running backs coach over the previous two seasons and UBC gained former first overall selection in the 2010 CFL draft, Shomari Williams as the defensive line coach and recruiting coordinator. I can’t wait to see what impact both have on the Thunderbirds 2019 season.

Question: Just how good can Tre Ford be? He’s fun as hell and he’s suddenly got offensive skill toys for days, but is this a marching band to nowhere or a possible back-to-back Hec Creighton nominee?

Question: Can you avoid eight trap games? The Mustangs are the class of the OUA and they know it. Focusing on the last game of the year is a dangerous way to live life and Greg Marshal will have his work cut out to ensure the Purple Ponies perennially stacked roster stays locked in.

Question: Can the Lancers make the right baby steps? This season isn’t about blowing the doors off anyone or contending. For new Head Coach J.P. Circelli the question is how to late the right foundation to grow forwards from.

Question: How do you replace that 2019 CFL draft class? From Nikola Kalinic to Colton Hunchak and beyond that’s a tough ask for Warren Craney’s staff.