Ferguson: Dane Evans is only scratching the surface of his potential 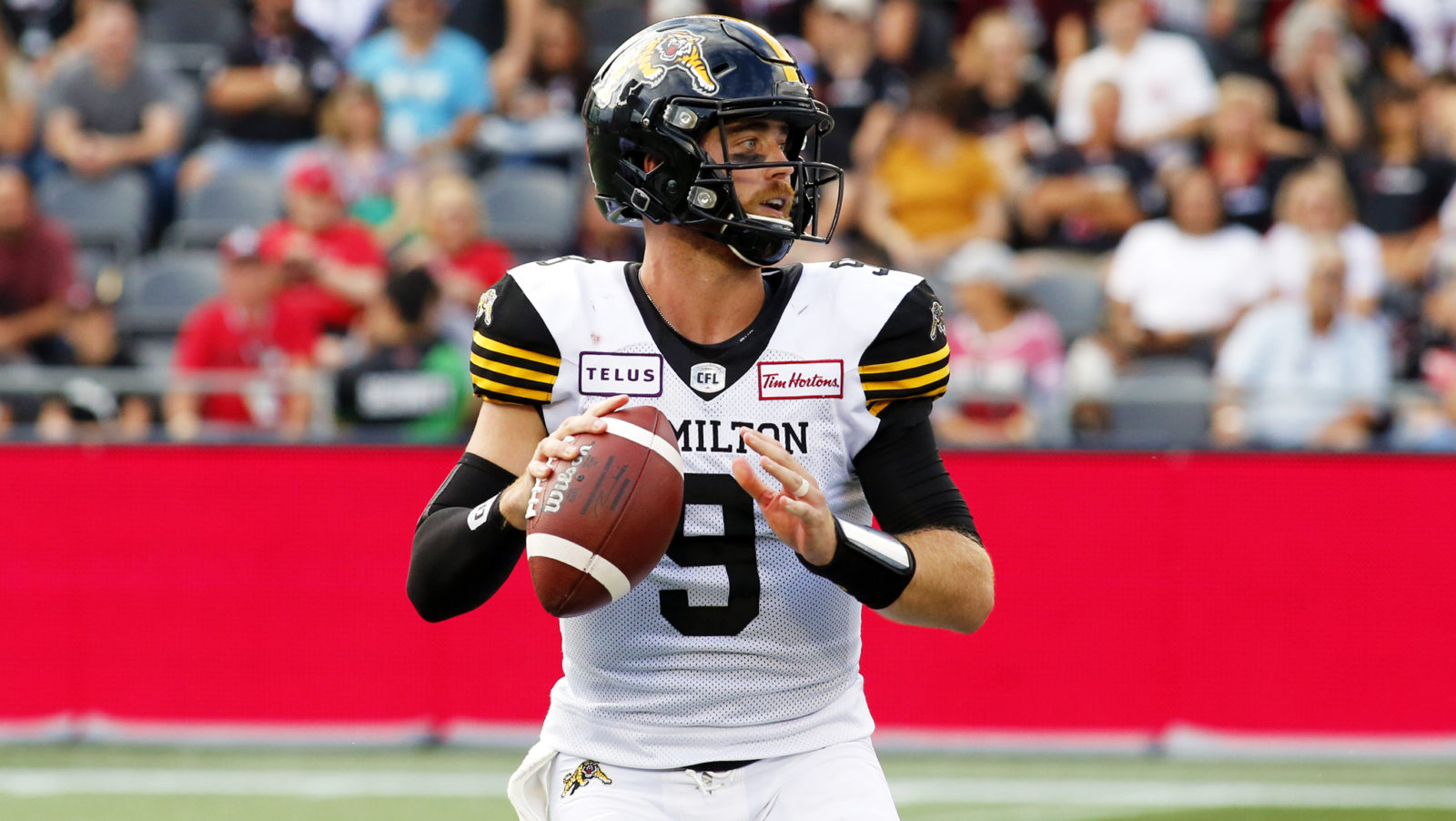 Ferguson: Dane Evans is only scratching the surface of his potential

Newton’s Third Law: For every action, there is an equal and opposite reaction.

In the 2019 CFL season Newton could have replaced ‘action’ with QB injury and backup opportunity. With every heartbreaking injury to a starting quarterback this season, there has been a door opened for a new name and a chance to make people aware of the skills the often quiet and unknown backups possess.

From Cody Fajardo surprising many — including yours truly — with his consistency and surprisingly accurate passing to Nick Arbuckle making the Stampeders passing attack look like a well-oiled machine with or without Most Outstanding Player Bo Levi Mitchell, it’s happening all over the CFL this season.

While I HATE to see talented top-end well-known players miss a second of game action for any reason, especially to painful and sometimes season-threatening injuries, there’s a unique sense of renewal, a fresh breath of air into the CFL quarterback conversation right now.

While we know about Arbuckle, Streveler, Adams Jr., Fajardo, and the rest, Dane Evans entered this season with few fans being able to define what he brings to the table. This, of course, is because of the way Jeremiah Masoli has owned the leading passer role in Hamilton since Labour Day of 2017 but if you watch closely Evans has always been nearby. 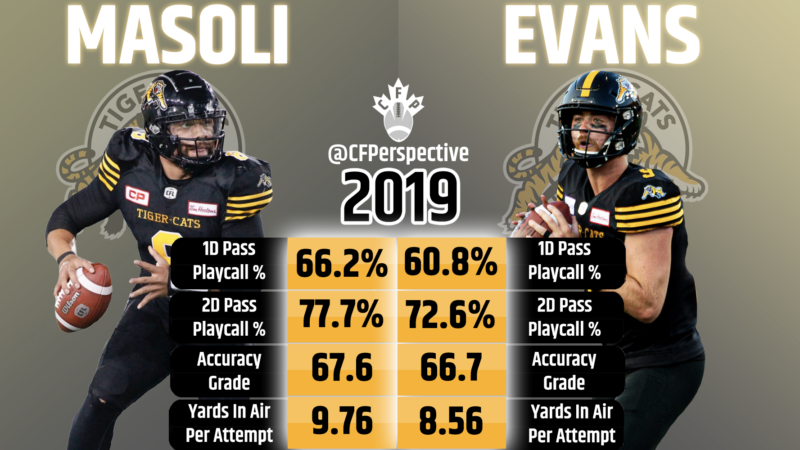 This offseason, he signed the rare three-year deal to stay in Hamilton and when asked why responded simply, “why not?”

That answer is a perfect summation of Dane Evans as a passer, leader and person.

He’s simple, reserved, and gives all the Texas and Oklahoma ‘aww shucks’ vibes as a true gentleman in and out of the facility. After meeting with the Ottawa media last week, I caught Dane waiting for Head Coach Orlondo Steinauer — who has nothing but glowing reviews to give of Evans like most in the facility — to finish his media obligations.

Evans was sitting outside, alone, on the bench, he’d man the next day with his teammates. He was just soaking it in. I could feel it as I walked past and said hello. He was just enjoying the moment and preparing for that week’s challenge.

As I said he’s simple, he’s reserved, but what you probably don’t know about Dane Evans is that come game day, he’s as calculated and driven as anyone on this roster or any other.

The first real sense I got of this was after Evans threw a bad interception on his very first attempt as a start in Regina back in week eight. On the next drive, he got hit while missing another throw but popped back onto his feet and started talking smack to the lineman who put him on the Mosaic Stadium turf.

Where was the reserved, down-home guy from Tulsa who arrives first on the field for everything and says thank you and sorry enough to make him a naturalized Canadian?

On game day Evans is a headband wearing gunslinger with an attitude not displayed any other day of the week.

While the returns on investment have been below the standard set by Jeremiah Masoli over the last 2 seasons probably making you wonder why I speak about this dark knight with a badass approach and arm to boot, here’s what you really need to know about Dane Evans from someone who has seen him throw and develop daily for the last two seasons: He’s just scratching the surface.

Evans is capable of much more and as the season continues I fully expect to see that development given the exceptional staff and skill position players working around him. 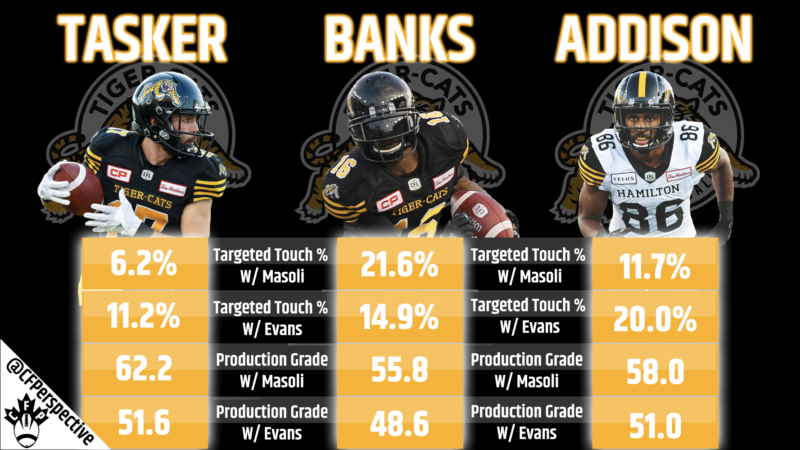 The relationship with Brandon Banks is a work in progress as anyone could expect. Masoli and Banks clicked the second they were named starts in 2017 but Evans has a different skill set than Masoli and it has led to some interesting tendencies. Luke Tasker is amongst the most quarterback-friendly receivers in the CFL once you get to know his every move the way Collaros did back in 2015 with Hamilton and Evans has clearly been more drawn to Tasker than other receivers.

With that being said, Banks isn’t exactly being ignored and continues to have many opportunities to make plays but just hasn’t quite hit his Evans stride as of yet.

The clearest indication that Evans is just scratching the surface of his possibilities to me is his deep passing numbers. 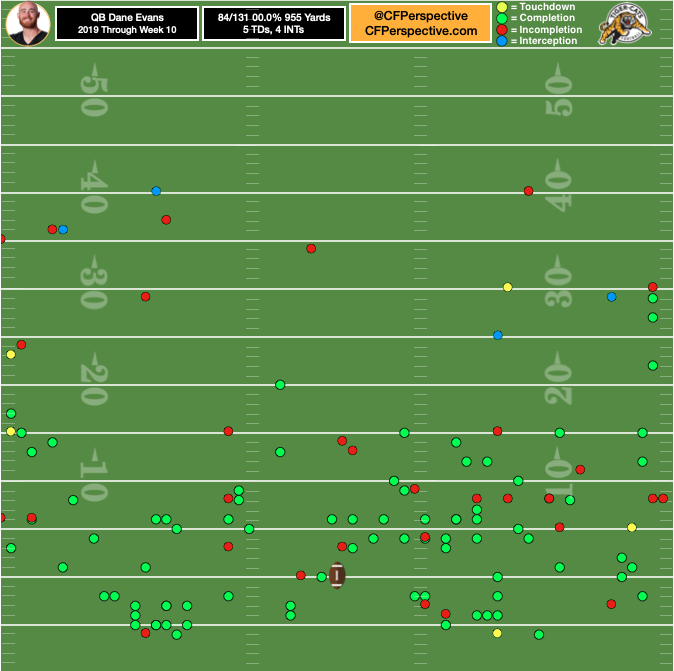 To this point in 2019, Evans is just 3 of 14 on passes travelling 25 yards on more in the air. Not only is this out of character for his player profile I’ve built over the last two seasons, but it also runs completely contrary to his days at Tulsa where he had the third-most passing yards since 2014 by an NCAA quarterback on shots 20 yards or more in the air down the field. 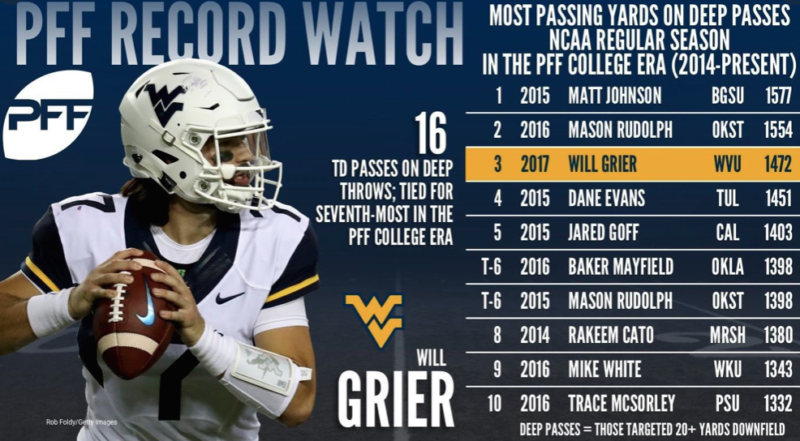 That metric put him ahead of a couple tp overall NFL Draft picks in Baker Mayfield and Jerod Goff while outreaching Riders negotiation list QB Trace McSorley, former Alouette Rakeem Cato, and curiously behind Bowling Green alumni Matt Johnson, who had a cup of coffee in Hamilton before being injured in the preseason a couple of years ago.

If Johnson had stayed healthy, maybe he would be the equal and opposite roster reaction to Masoli’s season-ending knee injury but for now, it’s Evans time to prove he’s just getting started and has the tools to succeed this season and beyond in the CFL.