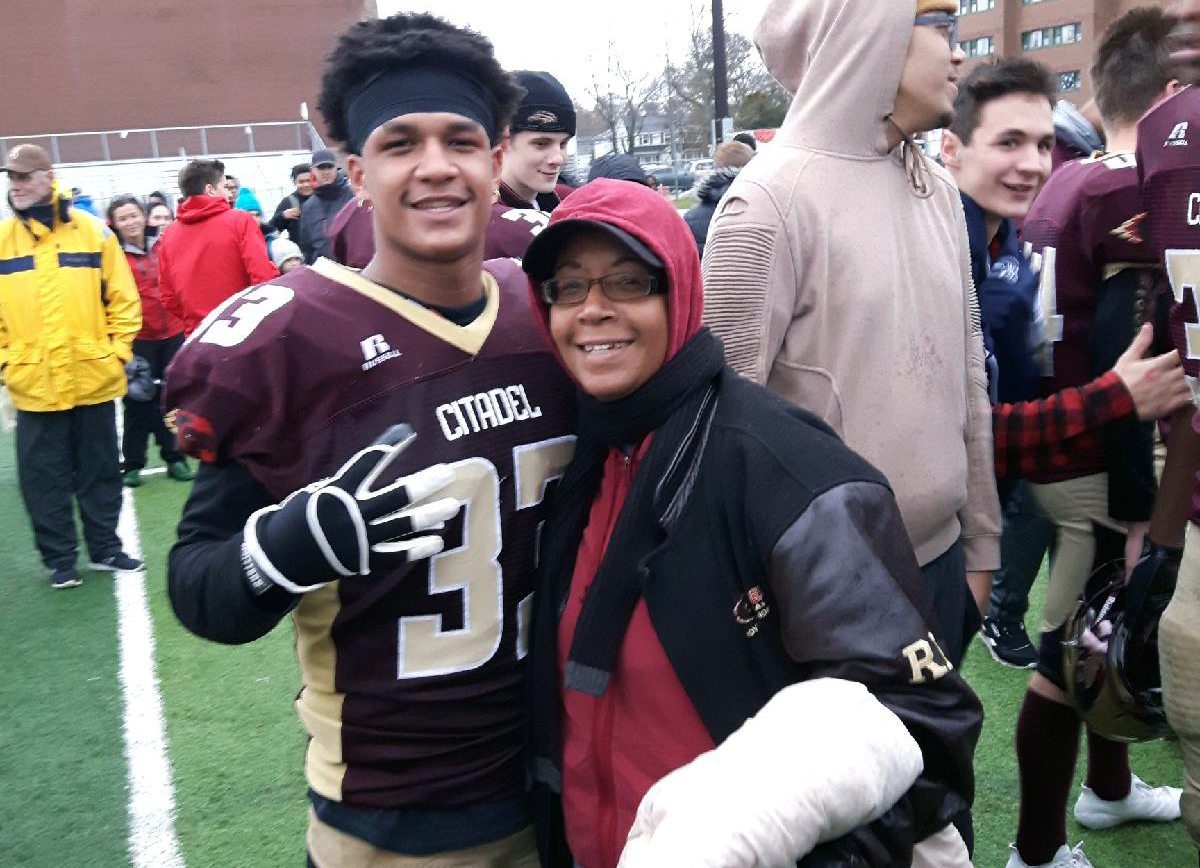 Dale Russell admits that she’s had her bad days over the last month, that the stiff upper lip she’s shown publicly has at times given way to the heartbreak that’s nestled in underneath.

Stepping onto the field at the Universite de Moncton on Sunday for the coin toss at the Touchdown Atlantic game will be a challenge for her.

“I’m going to try to do my best to hold it together,” she said on the phone from her home in Halifax on Friday. “It would be one of Triston’s dreams to do something like this. To me, I’m living out his dream, because he’s the one that introduced me to football. I didn’t know a thing about football until he started playing.”

Russell’s son, Triston Reece, was murdered on July 26 in Halifax. He was in a neighbourhood in the west end of the city in his mom’s car when he was shot three times. It was the city’s first murder of the year.

Reece was just 19 years old. He was a star football player at Citadel High School that played defensive line, linebacker, a little quarterback, a little bit of everything. Wherever he was on the field, he poured his heart into what he did. He played a game once with a broken thumb and when he tore his ACL and missed his grade 11 season, he cried on game days because he couldn’t go on the field with his team.

“Football was my son’s life, he loved it,” Russell said.

“People wouldn’t know this, but he was a mama’s boy and a very soft-hearted, gentle person. And he told me, ‘Mommy, when I get on the football field, it’s like me and God are the only ones on the field.’” 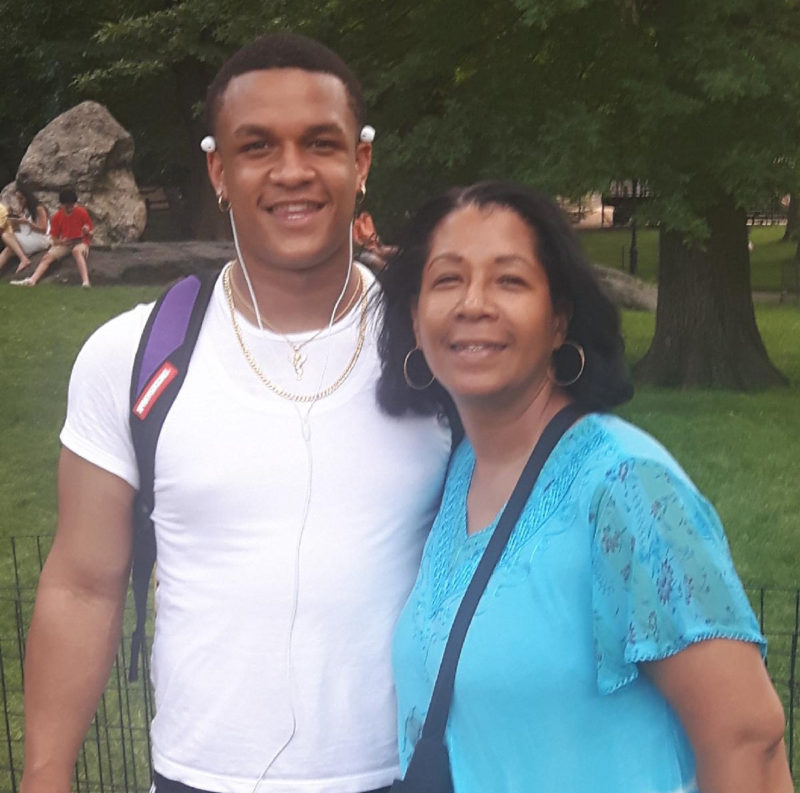 That soft-hearted, gentle person was one of the hardest hitters on the field, week after week, year after year of his high school career. Russell remembers Triston playing a game against Coal Harbour when he was in grade seven. She sat with the principal of the Coal Harbour school and mid-conversation, Triston crushed one of the players on the field. The principal jumped out of his seat.

The CFL reached out to Russell and asked her if she’d like to do the coin toss. She needed a day to think about it but when it came down to it, it was football and football meant everything to her only child.

“When he was about, I don’t know, seven or eight years old we were driving home from school one day, and he said, ‘Mommy, I’m going to be in the NFL, you know?’”

She told Triston that was a great dream to have and he told her it wasn’t a dream. She had her job — she’s a judicial assistant in the Halifax family courts — and football, whether it was the NFL or the CFL, would be his.

“I could feel Triston say, ‘Mommy, you better do that for me,’” she said of the coin toss.

“He would have been honoured.”

Russell will have 12 people with her on the field, a mix of family and friends of hers and Triston’s.

This has been without doubt the hardest month of Russell’s life, being forced to process the one thing that every parent dreads. Incredibly, just days after Triston’s murder, she publicly forgave the killer — police have no suspect as of yet — and encouraged them to knock on her door and explain to her why they did what they did.

“I think a parent’s worst fear is not knowing whether child is and I know where mine is. And that’s the only saving grace that I have that I hold on to,” she said.

“I can’t say I’m a Christian if I don’t forgive. People mix up forgiveness with condoning. I’m not OK with anything. I’m definitely not OK with how my son left this Earth. But if I hold on to that anger…I’m actually scared to let the anger start within me because it will take you over.

“So I choose to hold on to the fact that I know Triston was saved, I know where he is. And I believe that justice will prevail. I believe the killer will get caught. You can’t go around shooting people at 5:33 in the afternoon on a Friday in a small city like Halifax. This shouldn’t be happening, and not at his age group.” 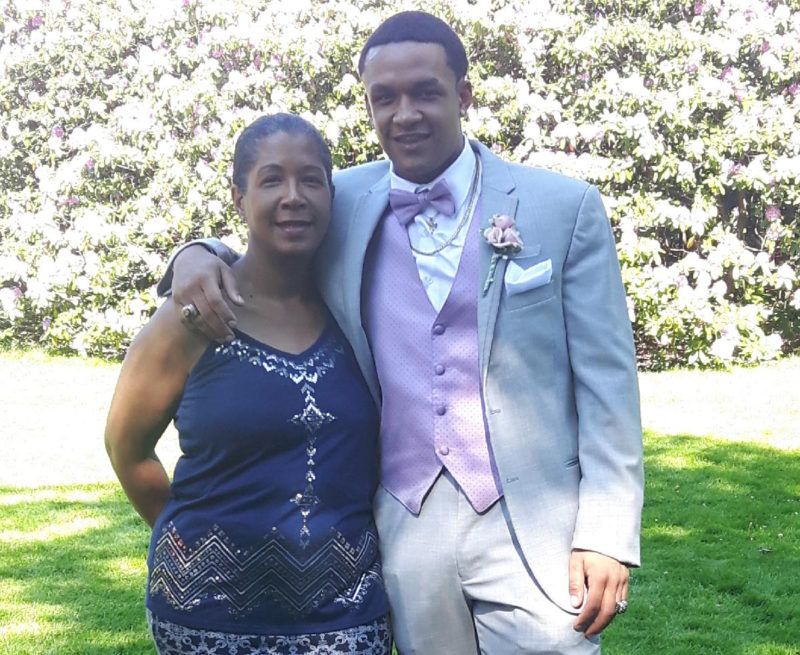 Russell said that over the last nine months, she heard Triston start listening to sermons from different pastors that he’d found online. She’d sometimes have to go into his room at night and close his laptop, because he’d fall asleep listening to them. After he died, she found notes behind his bed, detailing plans for his life at 21, at 23. He wanted to buy his mom a house. He wanted to help kids.

It’ll be difficult in a sense to walk onto that field on Sunday, even with the dozen people around her. The church she held his funeral at in Halifax, St. Pat’s, holds about 800 people. Over 1,000 showed up. When she’s back at work and back on her feet, she wants to start a scholarship to build the legacy that he had wanted to.

“He had a great heart. He touched a lot of people,” she said.

“The amount of support I’m getting, the amount of people that he touched. Unbelievable. I don’t think I will do it and I’ve been here 51 years.”

Triston enjoyed tugging at his mom’s heartstrings. He’d find sad songs online and play them for her, knowing he’d get an easy reaction out of her. Three weeks before he died, he was playing Andra Day’s Rise Up. She played it at his funeral.

“Basically it’s saying that in spite of all my pain, I will continue to rise up every day for you. And that’s what I have to do,” she said.

“I’ve listened to it every morning. Every day. It’s incredible.”