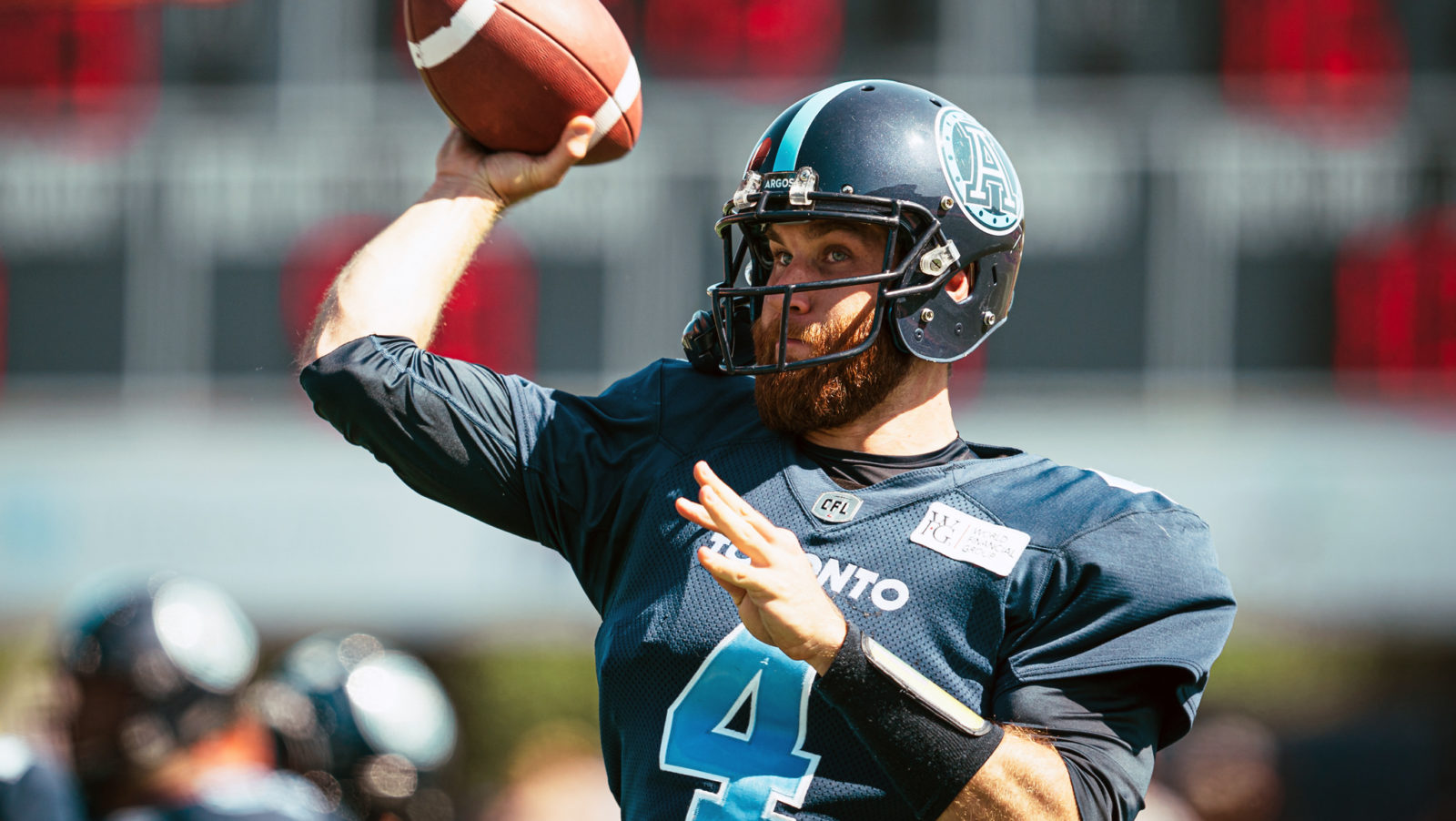 TORONTO — When evaluating quarterback play, we often turn to the win-loss column to draw conclusions on a particular player’s success in any given season.

There’s some merit to this, of course, as the pivots are the life blood of the league and have often carried teams to Grey Cup Championships. But much like a pitcher in baseball, there are other factors involved.

While Mike Reilly is considered one of the league’s top pivots despite being on track to miss the post-season for a second straight year, McLeod Bethel-Thompson is another player whose winning percentage has suffered over the last two seasons.

Yet over the last three games, the Argos’ quarterback has turned his season around, totaling seven touchdowns and not a single interception. 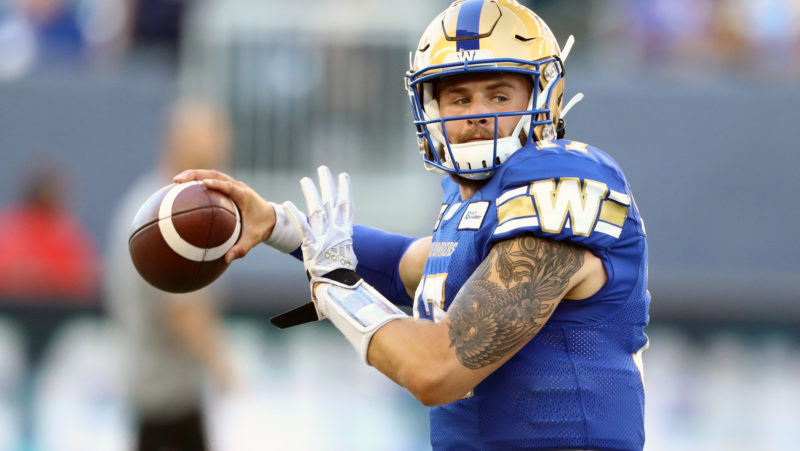 First-time starters Cody Fajardo and Vernon Adams Jr. are also on the rise this week, while the idle Nick Arbuckle continues his upward trend following the injury to Matt Nichols.

In Ottawa, Dominique Davis‘ job appears to be in jeopardy after throwing three straight interceptions to open the game, opening the door for former 5,000-yard passer Jonathon Jennings to become the No. 1 starter.

Finally, Chris Streveler enjoyed a winning debut for the Bombers despite completing just seven passes vs. the Eskimos.

It was déjà vu for Trevor Harris in Week 11, carving up the Bombers’ defence yet failing to get a victory. Winning the West will be an uphill climb, but the 33-year-old is enjoying an MOP-type season, averaging 348 yards per contest to go with a CFL-best 14:3 touchdown to interception ratio.

The status of Bo Levi Mitchell remains in the air, but the Stamps are in no rush thanks to the play of backup Nick Arbuckle. The 25-year-old sophomore has been outstanding this season, completing 73 per cent of his passes and averaging 8.9 yards per attempt. He’s earned his top-three billing.

Add another chapter to Vernon Adams Jr.‘s incredible breakout season. The 26-year-old was on point vs. the Argos in Moncton, with the majority of his 335 passing yards coming in the second half. Known for his running ability, opponents can no longer underestimate Adams’ ability with his arm.

Two untimely picks, both in the opposing end zone, tainted an otherwise productive night for Mike Reilly vs. the Ticats in Week 11. The former MOP is averaging 7.8 yards per attempt — his lowest since 2015 — and is on track to throw more interceptions (11) than touchdowns (9) for the first time in his career.

Backed by three early takeaways by his defence, Cody Fajardo had a pretty easy time against the REDBLACKS last week. While some have questioned the level of competition for the Riders of late, a back-to-back with the league-leading Bombers will provide a measuring stick for one of the CFL’s fastest rising stars.

It was a losing effort, but an impressive one no less as McLeod Bethel-Thompson piled up 464 passing yards in Touchdown Atlantic. The second-year Argo was once at risk of losing his job; now he’s having a nice campaign, on pace for 4,500 passing yards and nearly 30 touchdowns.

The West Coast wasn’t kind to Dane Evans, but he did leave with a ‘W’, helping the Ticats improve to 8-2. The potential is obvious, but the 25-year-old will have to step his game up if the Tabbies are going to stick around in late November. On tap, Evans will get his first taste of Labour Day vs. the Argos.

Far from your prototypical quarterback, Chris Streveler got the job done vs. Edmonton despite completing just seven passes. Sustainable? Probably not, but the athletic, dual-threat pivot could cause plenty of headaches for opposing defensive coordinators while Matt Nichols recovers from injury.

Jonathon Jennings could be the REDBLACKS’ starting quarterback when the team returns from the bye in Week 13. He’s a long way removed from his 5,000-yard sophomore season, but this offence needs a spark and who knows, maybe Jennings can rediscover some of that old magic.

Dominique Davis might benefit from some time on the bench after another tough outing in Riderville. Davis was intercepted on each of his first three possessions, adding to a league-worst 14 interceptions. You can take the bad with the good, but lately there hasn’t been much to get excited about.