Back to Our Roots: CFL unveils Turf Traditions merch line

Back to Our Roots: CFL unveils Turf Traditions merch line

TORONTO — The Canadian Football League (CFL) and international sports and lifestyle brand, New Era Cap, have unveiled Turf Traditions – a group of products honouring the league’s historic past, while uniting fans and teams throughout the nation. Turf Traditions caps and t-shirts will be worn by players, coaches and sideline staff on Week 12 (September 1-2) for Mark’s Labour Day Weekend and Week 13 (September 6-7).

“Canadian football has been built on 107 years of incredible history,” said CFL Commissioner, Randy Ambrosie. “Turf Traditions puts that storied past into focus for our fans, players and teams. The historic clashes on Mark’s Labour Day Weekend are the perfect time to showcase the foundations of our great game.” 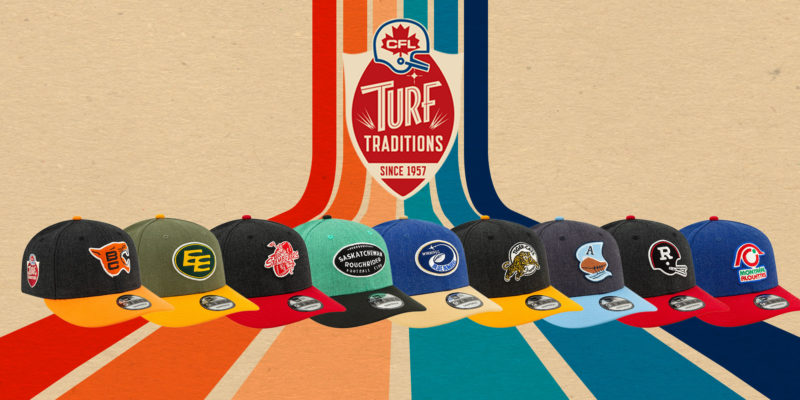 Turf Traditions features colour schemes and logos drawn from each CFL club’s history. Attached below are images of the teams’ caps and t-shirts. The collection will be available for purchase online at any CFL team shop beginning Tuesday, August 27.

“We’re excited to introduce Turf Traditions – a new collection that celebrates the history of Canadian Football and creates a new tradition that unites fans with football,” said Rick Baetz, Managing Director of Canada, New Era Cap. “As the Official Outfitter of the CFL, New Era has been able to share in the fans’ deep passion for sports and lifestyle.”

“Throughout the league and across the country, we have children, parents and grandparents bonding over Canadian Football,” added Ambrosie. “Turf Traditions connects generations of fans to build on where we’ve been as a league as we continue to write the story of where we’re going together.”

Through the Lens: First look at Turf Traditions merch