Fantasy Status Report: Adams to return; Tasker up in the air 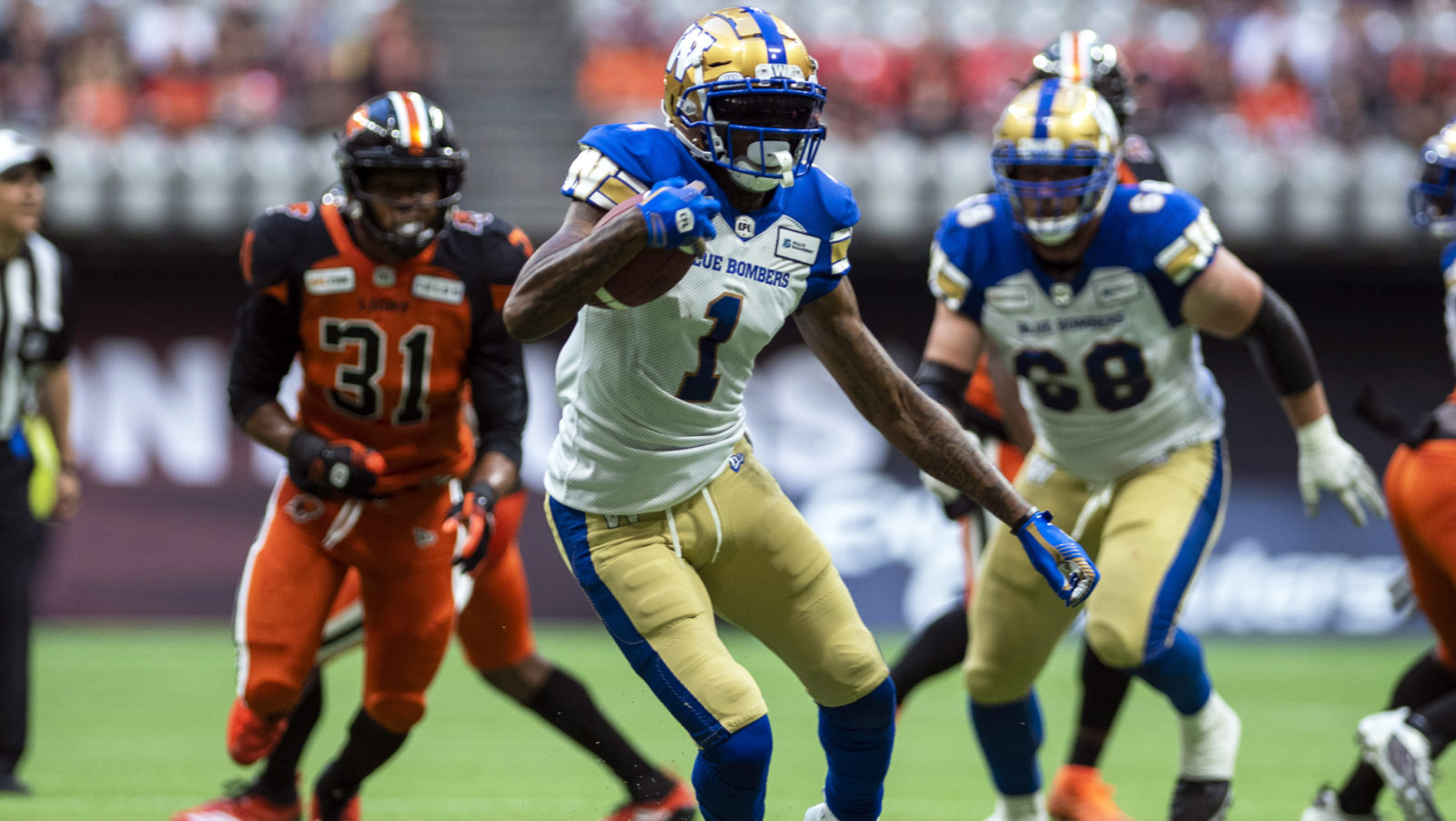 Fantasy Status Report: Adams to return; Tasker up in the air

Receiver Darvin Adams ($7,122) is expected to be back in the Bombers’ lineup this week after being sidelined since Week 7. Adams’ return likely had something to do with the sudden release of Chris Matthews.

It appears that Nic Demski ($4,588) will see an expanded role in the Bombers’ offence with the absence of Andrew Harris. While Demski could see extra work as a running back, it’s hard to trust the Bomber offence after completing just seven passes in a win last week.

Though Johnny Augustine ($4,500) is viewed as the ‘next man up’ in the Bombers’ backfield, the team could take a running back by committee approach with Andrew Harris sidelined. A time share would be hard to trust in Week 12.

The Bombers are expected to activate John Santiago ($3,500), who could be part of the team’s running back committee this week. Fantasy players interested in selecting Santiago may have to wait until Saturday for him to be activated on the roster.

Riders receiver Shaq Evans ($6,339) has apparently practised at full speed this week. Evans has dealt with an ankle injury this month, but shouldn’t have any concerns going into Sunday’s meeting with Winnipeg.

Ticats receiver Luke Tasker ($6,721) didn’t practise on Thursday, according to TSN’s Kyle Melo. Tasker sat out Week 11 and appears to be questionable for Monday’s Labour Day clash with the Argos, though there’s still plenty of time.

The Stamps have activated Bo Levi Mitchell ($9,619) from the six-game injured list, but are unsure whether he’ll play in Monday’s Labour Day Classic. Mitchell has been sidelined since injuring his pectoral back in Week 3.

With Mitchell nearing a return, Nick Arbuckle ($7,244) is on the fence for Monday’s game vs. Edmonton. Arbuckle has been fantastic in relief for the Stamps, but he’ll take a back seat to the reigning Most Outstanding Player when he’s ready.

According to Danny Austin, receiver Markeith Ambles ($4,619) has been a partial participant in practice this week. If he can’t suit up on Monday, there’s a good chance Josh Huff ($2,500) will draw another start in his place.

Backup running back Ka’Deem Carey ($2,614) has been a full go at practice this week, according to Danny Austin. Though Carey showed promise in a brief stint as a starter this season, Don Jackson ($6,303) is firmly entrenched as the lead back in Calgary.

If Markeith Ambles can’t return, it’s anticipated that Josh Huff ($2,500) will make a second straight start for the Stamps. Huff caught five passes for 35 yards vs. Montreal and has appeal as a low-cost value pick.