Mitchell: ‘We can be that top team’ 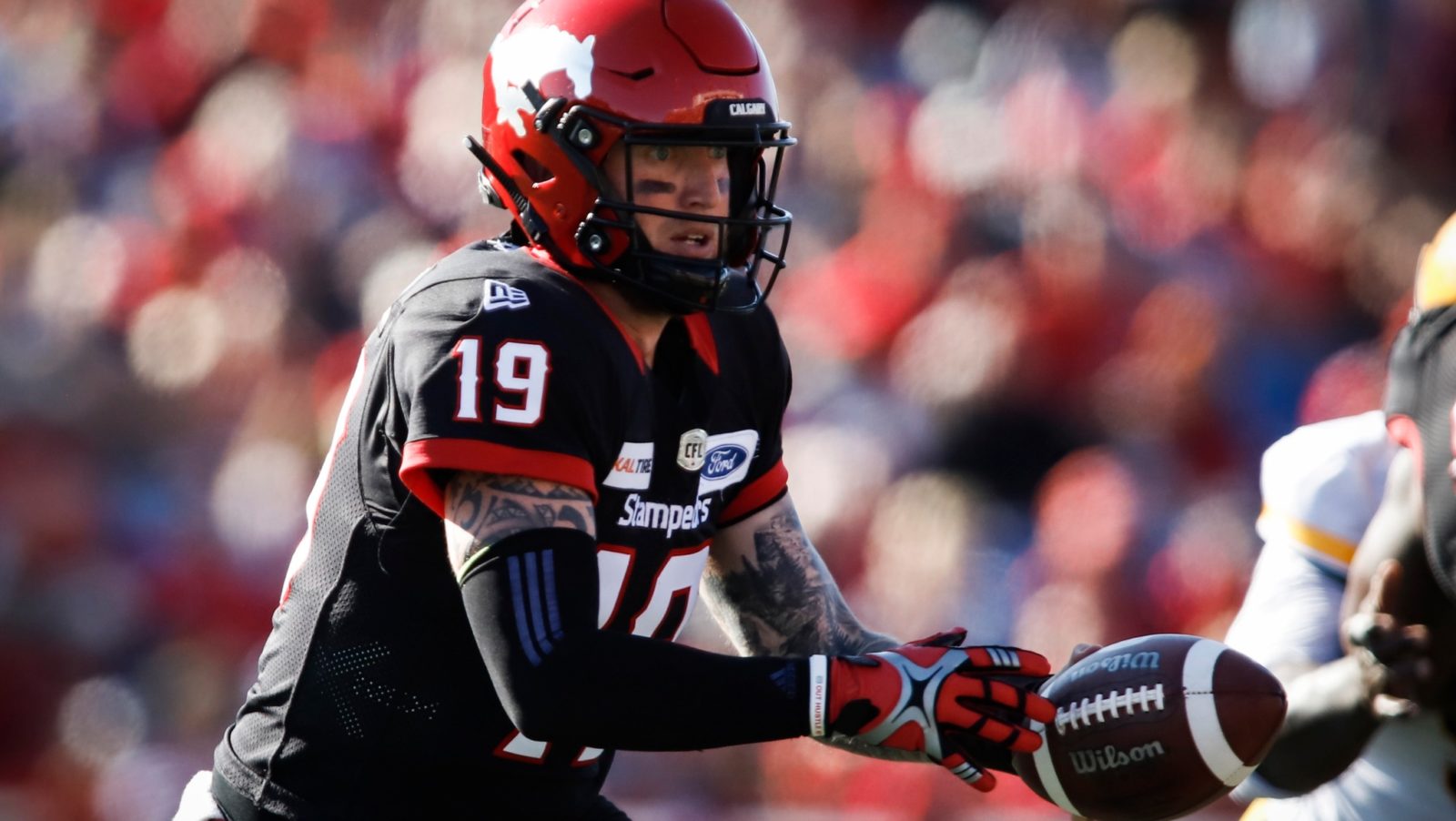 Mitchell: ‘We can be that top team’

CALGARY — The Calgary Stampeders now hold a 6-4 record and are third place in the West after their 25-9 victory over the Edmonton Eskimos in Week 12, and with Bo Levi Mitchell back under centre, the team is poised to make a strong run down the stretch.

“We always want to prove who we are against those guys,” Mitchell said after the win. “We know how damn good of a football team they’ve been this entire year, and I think we wanted to come out and show everybody that we can be that top team in the league that people want to talk about as well.”

The 29-year-old quarterback completed 68 per cent of his passes for 263 yards and a touchdown in the Labour Day win against Edmonton after being out with a shoulder injury since Week 3.

Head coach Dave Dickenson was pleased with what he saw from his returning starter, with Mitchell finding a way to make clutch throws against one of the league’s top defensive units.

“Very happy, I thought he played within himself,” Dickenson said. “I didn’t think he tried to do anything too special, he just let the defence decide where the ball went. He was very comfortable. He got hit, but he was able to keep making throws.

“I think it’s more key for him just to mentally overcome a hurdle. There’s going to be some rough patches, you know we’re not going to always play well. But you love his leadership, you know he gets it done in crunch time.”

The Stamps were able to establish a healthy balance on offence against the Esks with a combined 201 rushing yards, including 143 yards from running back Ka’Deem Carey in his best game as a CFL player.

Reggie Begelton was also crucial in the win with 138 receiving yards and his fifth touchdown in two games. Begelton caught nearly every pass thrown his way against Edmonton, and his 24-yard score to start the fourth quarter helped seal the win.

“He’s been a big weapon for us,” Dickenson said. “He’s blocking well down field, blocking on the run game. Those are the things that aren’t noticed on the stat sheet. I do think he looks explosive and he’s giving defences trouble.”

Calgary will face the Esks once again in Week 13, this time with the Stamps on the road. But with Mitchell at the helm once again, the team is ready to face any challenge.

“We need to be better as a team, but it looked like to me Bo is pretty comfortable, was pretty confident in his arm, and I thought he made all the throws,” Dickenson said.