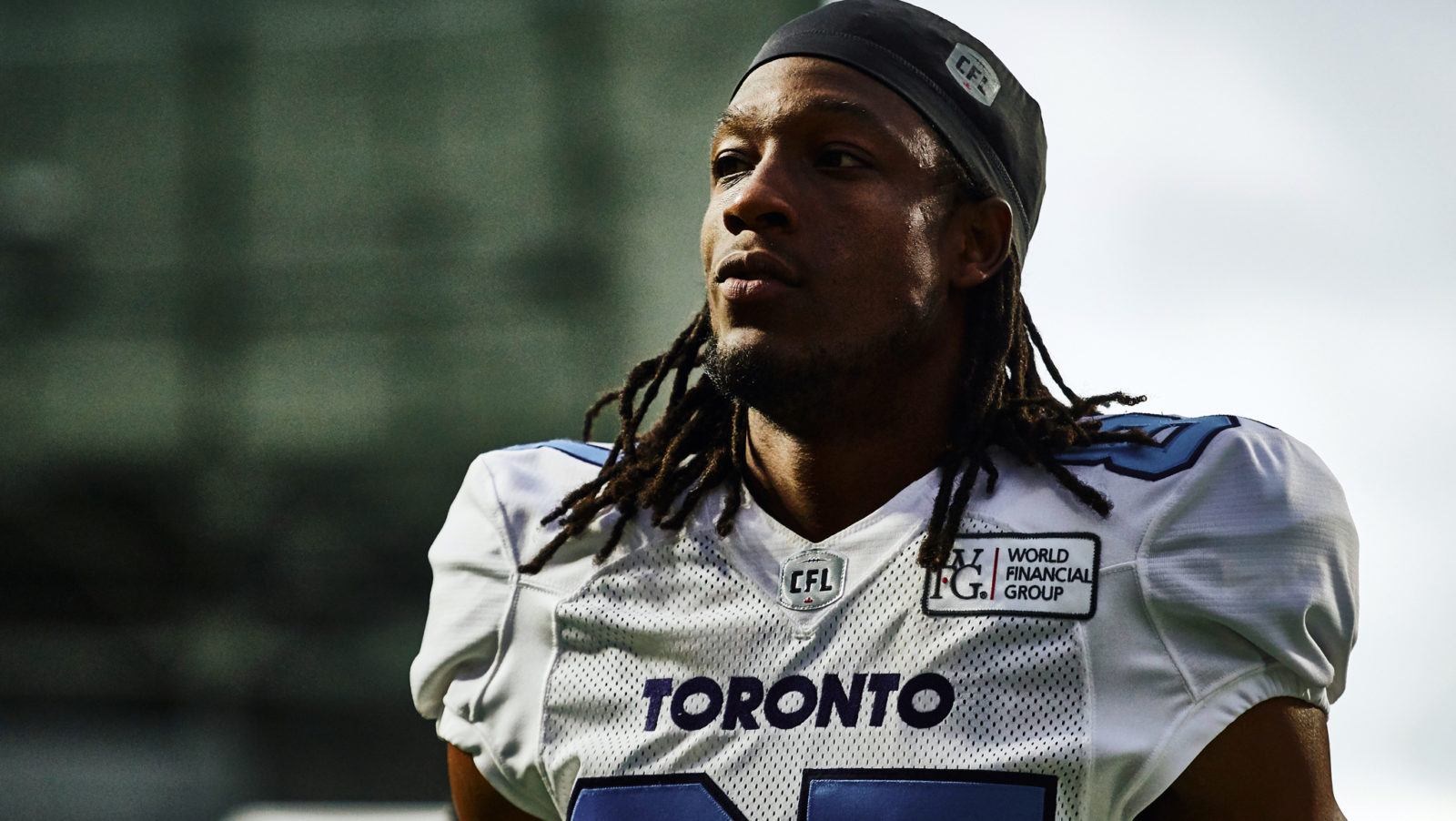 For a 1-9-0 team on its way to another November at home, the Argonauts do a Grey Cup-level job of fantasy production.

Pivot McLeod Bethel-Thompson is the ringleader behind the surge of fantasy brilliance, as he’s put together a four-game stretch that places him atop the quarterback mountain for Week 13 of the TSN CFL Fantasy Football Presented by Leo Vegas.

At an affordable $9,334, Bethel-Thompson has earned his way up the rankings by throwing for 1,344 yards and nine majors in his last four games. More impressive is that he’s thrown 164 times without an interception in the same span.

The rise of Bethel-Thompson is just one of the few surprises in this week’s rankings. Not to worry about receiver, though: it’s Reggie Begelton’s ($9,896) world with opposing defences forced to pay rent.

PLAY CFL TSN FANTASY
» Sign up and set your lineup for Week 13!
» Jonathon Jennings to start at QB in Week 13

Vernon Adams, Jr. ($10,066) guides an Alouettes offence that is one of only two teams — the other being the Blue Bombers — to record at least 10 big plays both on the ground and in the air. He’s accounted for 10 touchdowns — five passing, five rushing — over the past three games. Trevor Harris ($9,545) can’t be as bad as he was against the Stamps on Labour Day, which gave the impression his 23 fantasy points against Calgary in Week 8 was a fluke. The bet here is that Harris finds middle ground on Saturday.

Bo Levi Mitchell ($9,533) was efficient in his return to the lineup, but his fantasy production could be curtailed by Ka’Deem Carey ($5,385) after the latter carved up Edmonton’s ground game on Monday. Montreal has allowed 15 passes of better than 30 yards, but how long can Mike Reilly ($9,193) stay upright to get Bryan Burnham ($8,797) and Lemar Durant ($4,611) involved?

Cody Fajardo ($8,080) has just three touchdown passes in his last five games. It’s too much of a risk to play him on the road in the Banjo Bowl. Chris Streveler ($7,463) has a combined 10 fantasy points from his passing in his first two starts. Like Fajardo, he’s facing an elite defence that picked him off twice in Week 12. His running isn’t enough to merit consideration.

William Powell ($9,571) has had games of 7.6 and 8.1 fantasy points via receiving in two of his last three games, displaying why he can be a valuable asset when he’s bottled up on the ground. Carey is legit, and with the Stampeders getting healthier by the week, he’s a weapon that defences cannot commit to. He’s produced at least 63 rushing yards in four of his five appearances and is an injury away from bidding for a third straight 100-yard game on Saturday.

Consider the Touchdown Atlantic game as shaking off the rust for William Stanback ($8,279), whose presence will make the Alouettes — second overall in rushing — more lethal. Johnny Augustine ($4,500) isn’t Andrew Harris, but he did average 7.6 yards per touch in his first start. C.J. Gable ($8,103) has just one game of more than 10 fantasy points via rushing since Week 2. The two majors he scored in the Week 9 win over the REDBLACKS remain his only rushing scores this season.

Who could have envisioned James Wilder Jr. ($8,941) would be the most disappointing of the Argos offence? He’s due for a breakout, a phrase that’s been repeated here often this season. The backfields of both BC and Ottawa could change due to injuries; right now, it looks like Wayne Moore ($2,500) and Mossis Madu ($6,339), respectively.

Ricky Collins ($7,355) looks to be the most consistent of the Eskimos receivers heading into the rematch against the Stampeders. Note the drop in rankings for both DaVaris Daniels ($8,430) and Greg Ellingson ($8,289). After a slow start, Eugene Lewis ($7,065) has 13 catches for 200 yards and two scores in his two games. He gets the slight edge over DeVier Posey ($6,338) as the go-to among Alouettes receivers.

Brad Sinopoli ($6,273) could see his numbers improve if Jonathon Jennings gets the start at pivot for the REDBLACKS. Ottawa’s passing game is so erratic that Dominique Rhymes ($5,869) is the only other REDBLACKS receiver in this week’s rankings. Outside of Darvin Adams ($6,245), Blue Bombers receivers have to be downgraded due to the struggles of Chris Streveler to generate a consistent passing game. It wouldn’t be surprising if Janarion Grant ($2,500) is the top fantasy producer among the Winnipeg receivers despite not touching the ball from scrimmage.

Saskatchewan ($6,100) has delivered three straight games of double-digit production. They’ll add multiple sacks and it’s not a reach to suggest the Roughriders can score a defensive major. The same can be said for Winnipeg ($6,219) when it comes to scoring touchdowns. They may need to in order to supplement an offence that has struggled to score the last two weeks. The Stamps ($5,312) have upside against the Eskimos offence although Trevor Harris is hard to intercept even when he can’t get the Edmonton offence into the end zone.