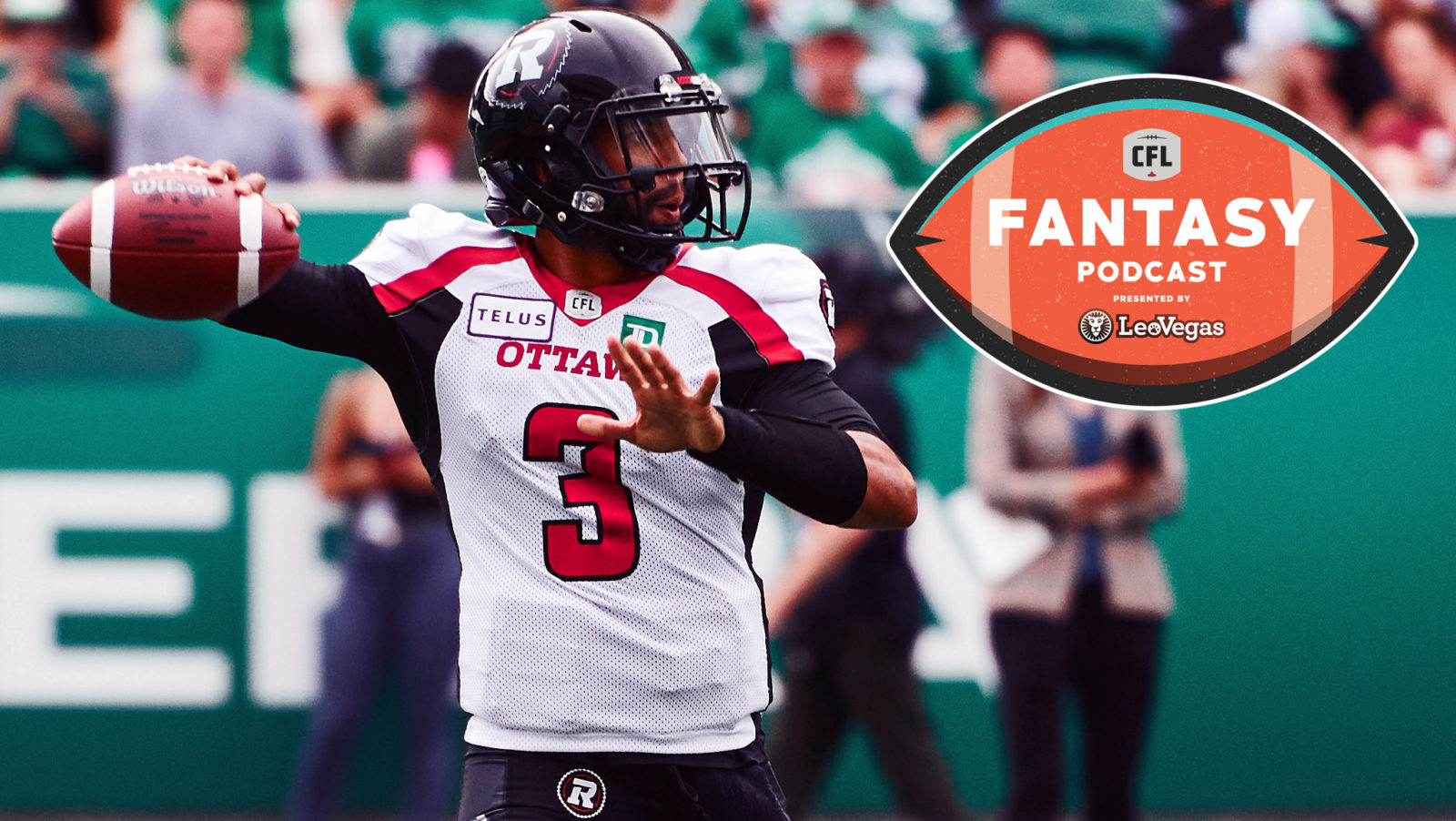 TORONTO — There’s been a quarterback change in the nation’s capital, but what does it mean in TSN CFL Fantasy presented by LeoVegas?

With losses in seven of their last eight, the Ottawa REDBLACKS are putting their faith in Jonathon Jennings to revive their fading playoff hopes. Should Fantasy players do the same?

In 2016, Jennings emerged as one of the CFL’s most exciting young quarterbacks when he threw for 5,200 yards and 27 touchdowns in just his second season in the league.

“When he took over, you saw flashes right away, then he had a really good full first season as a starter,” said Pat Steinberg, host of the CFL Fantasy Podcast presented by LeoVegas. “He hasn’t been the same since then, and it’s been a long time since he’s been a viable quarterback.

“In saying that, we know the athletic ability exists. When we’re talking about Fantasy, I’m really interested in him. Right now he’s in my starting lineup for Week 13. It’s a risk but I think there’s a good chance at some points to be scored Saturday in Ottawa.”

Jennings checks in as the least expensive quarterback option in Week 13 at $5,230, but will Fantasy players take a gamble? Steinberg joins Jeff Krever and Hannah Nordman to debate in the latest CFL Fantasy Podcast:

“I’m usually the guy that wouldn’t go down this road, but I take a look at the price tag, the matchup he’s getting against a Toronto team that, as much as they’re showing good signs on offence, that’s still a defensive group that’s susceptible,” said Steinberg. “If there’s a game for Jennings to succeed in, I think it’s this one at home to the Argos.”

With all the physical ability to be a high-end quarterback in the CFL, Jennings’ success could come down to how hard he’s worked off the field. Last year the quarterback’s work ethic was called into question in a public battle on social media.

“What’s Jonathon Jennings doing behind the scenes?” asked Krever. “Is he the first guy in in the morning and the last guy to leave at night? Usually where there’s smoke there’s fire. To me, he has all that ability to be a dynamic quarterback. So if he’s been studying and working what he needs to work on, there’s no question he can do it.”

Replied Steinberg: “If Jennings isn’t being that guy, first in, last out, if he’s not really making sure that away from the football field he’s totally committed and putting everything into making this a successful run, he’s probably going to find himself out an opportunity pretty quick.”

“This could be his last chance to be a viable starter,” he added. “Ottawa is anything but set going forward when it comes to their quarterback situation. Here’s an opportunity for him to seize. Let’s see if he does it.”