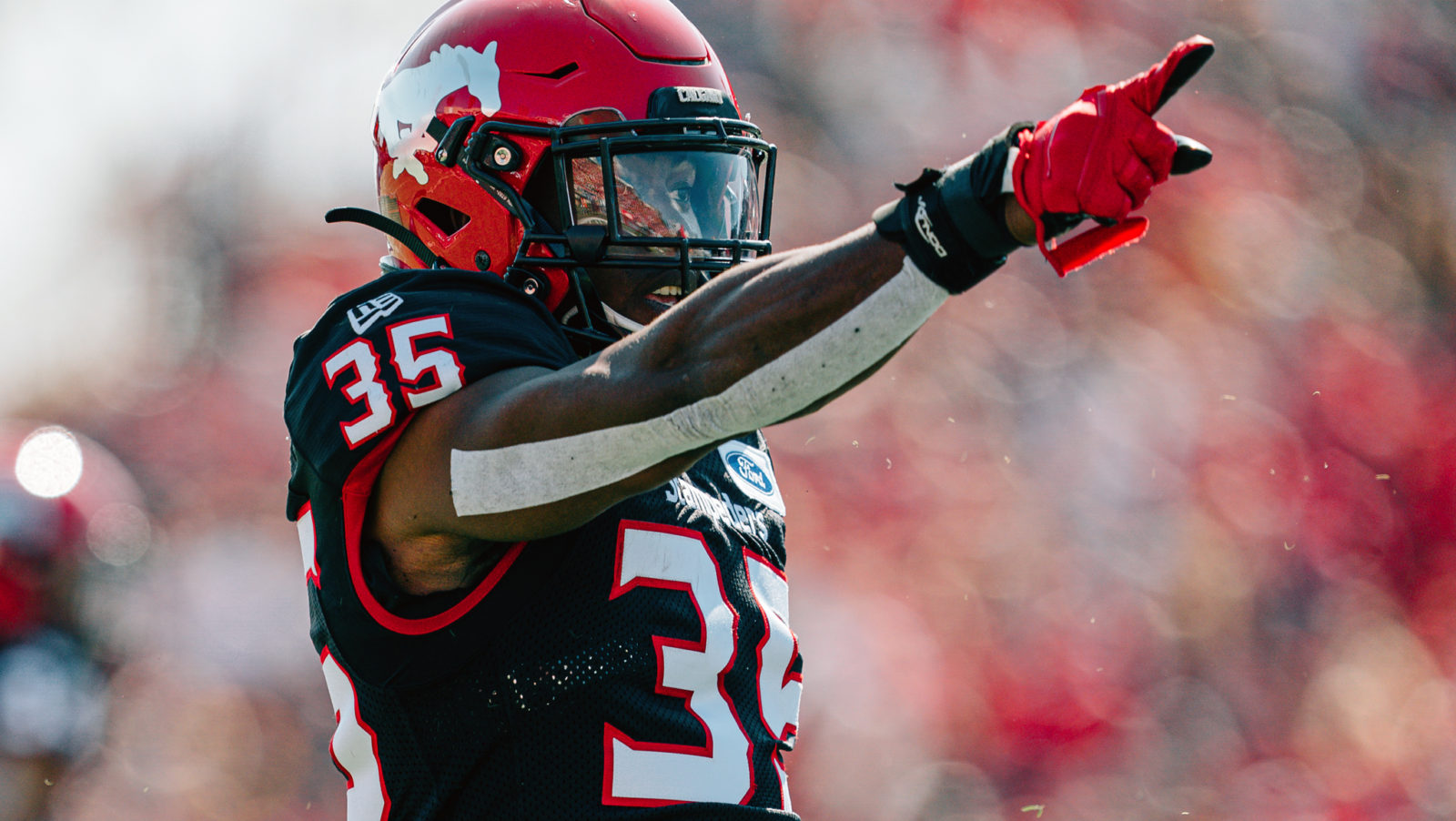 The Lions will be without running back John White ($6,617) Friday night in Montreal. White was injured during the team’s loss to Hamilton in Week 11, and will be replaced by Brandon Rutley ($4,464).

With White sidelined, Brandon Rutley ($4,464) gets the start against his former team. Rutley hasn’t gotten many starting opportunities throughout his career, but certainly offers upside at his current salary.

William Stanback ($8,279) will make a second straight start for the Alouettes Friday vs. BC. Stanback returned from injury in Week 11 but was barely used. Though he should be healthy, his role could be diminished as Jeremiah Johnson’s ($6,013) role increases.

Despite a tough outing vs. the Ticats, James Wilder Jr. ($8,941) is expected to make a second straight start for the Argos with Branden Burks ($4,053) sidelined. Wilder is having a season to forget with a career-worst 3.9 yards per carry.

Injured running back Branden Burks ($4,053) won’t play this week after being placed on the six-game injured list. Burks was establishing himself as the No. 1 back in the Argos’ stable, averaging six yards per carry. If he plays again this season he should have plenty of value.

According to Tim Baines, Mossis Madu ($6,339) has taken first-team reps at running back with John Crockett ($5,005) sidelined. Crockett was injured in the REDBLACKS’ last game, a Week 11 loss to the Riders, but the injury doesn’t appear to be serious.

After throwing three interceptions vs. Saskatchewan, Dominique Davis ($5,887) has been demoted to backup. Jonathon Jennings ($5,230) will get the start when Ottawa takes on Toronto to kick off a triple-header on Saturday.

The REDBLACKS have named Jonathon Jennings ($5,230) their starter for Week 13 vs. Toronto. Jennings was once considered an up-and-coming star, but that was three years ago. Still, his low salary and the matchup with a struggling secondary could entice Fantasy players this weekend.

Injured running back John Crockett ($5,005) has been a spectator this week at practice. He’s clearly the top option in Ottawa, but the injury suffered in Week 11 vs. Saskatchewan could keep him out of the lineup on Saturday.

According to Tim Baines, Caleb Holley ($3,282) is expected to be replaced by Jerminic Smith at receiver this week, though final decisions won’t be made until Friday.

Bombers running back Andrew Harris ($10,670) will miss Saturday’s game as he concludes his suspension. Harris was barred for two games after violating the league’s drug policy.

While others could figure into the Bombers’ backfield, Johnny Augustine ($4,500) should see the majority of touches for a second straight week. In fact, Augustine might be the surest bet for Week 13 out of anyone on Winnipeg’s offence.

According to reports, Nic Demski ($4,333) is questionable for Saturday’s Banjo Bowl after sitting out practice. The Bombers’ receiver made almost no impact last week, catching one pass and rushing once for three yards each.

Bombers receiver Lucky Whitehead ($3,743) has missed practice this week and is on the fence for Saturday’s game. If he plays, he could see a significant role on the Bombers’ offence as they look for more ways to get him involved.

After releasing John Santiago, the Bombers added Larry Rose ($2,500) to their offensive backfield this week. Rose could get on the roster vs. Saskatchewan, but this appears to be Johnny Augustine’s ($4,500) backfield for one more game.

Despite an announcement Wednesday night, Jordan Williams-Lambert ($2,843) may not be Regina-bound after all. Either way, make sure he’s out of your lineup for Saturday’s Banjo Bowl.

It appears Don Jackson ($6,262) will take a back seat once again in the Stampeders’ backfield on Saturday. A healthy Ka’Deem Carey ($5,385) has surged to the top of the depth chart and could be there to stay.

According to Danny Austin of the Calgary Herald, Ka’Deem Carey ($5,385) is likely to make a second straight start this weekend. Carey helped the Stampeders rush for a season-high 201 yards last weekend as they look to get their ground game back on track.