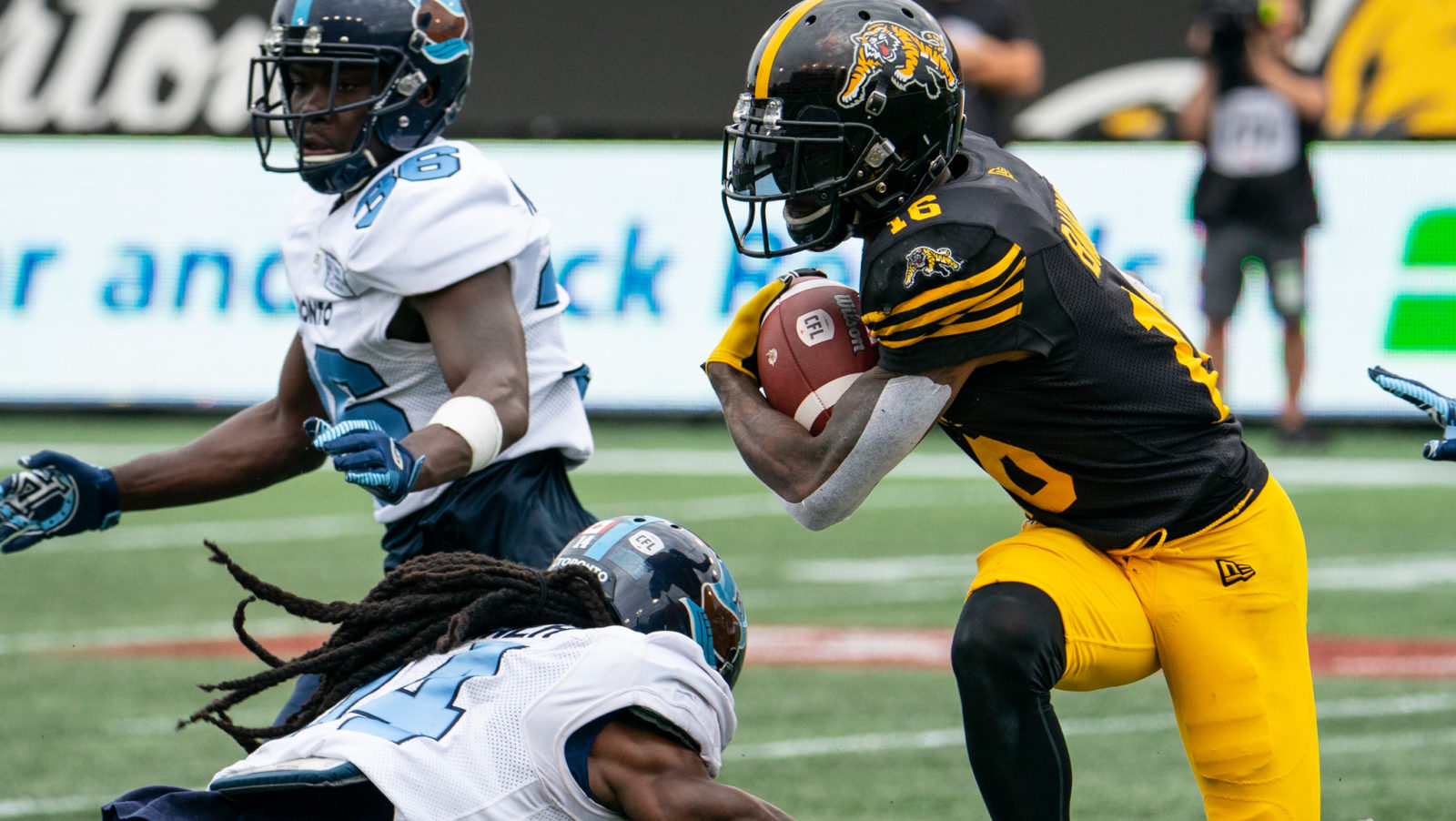 With nine weeks left in the season, there is so much left to decide. So it’s time to make a fool of myself with some bold and not so bold predictions on how the rest of 2019 shapes up in the Canadian Football League.

I’d love to see your predictions on some of these topics as well on social media. So tell me I’m wrong or if you actually I think I got one of these right.

I’m not going to say the Argonauts make a miraculous move into the playoffs, but I feel as though the Argonauts play spoiler with a few games against playoff teams challenging for positions. But here is the bold prediction … the Argos don’t finish last in the CFL East Division. With three games against the REDBLACKS in the final half of the season, Toronto starts to give fans some hope that there is reason to be optimistic going into 2020.

Five thousand yards passing, 600 yards rushing and 30 total touchdowns should be enough to get Cody Fajardo in the top conversation to win the Most Outstanding Player Award. Fajardo has grabbed hold of the job in Saskatchewan and I’ll slide another prediction of a new three-year contract extension with the Riders to be announced before the end of 2019 as well.

If not Cody Fajardo, look out for Willie Jefferson to not only win the Most Outstanding Defensive Player in the CFL but also push the conversation for the top award in the CFL. The only thing in Jefferson’s way is if Winnipeg voters go with Andrew Harris out of the Bombers for MOP, leaving Jefferson eligible only for the defensive award. That vote – I can’t predict. (Note: I’d be voting for Willie Jefferson if he has the finish to the year I expect).

EPISODE OVERVIEW: Donnovan is joined by Brodie Lawson for the post-Labour Day edition of the Waggle. Dylan Wynn joins us for an interview while we look ahead to what next weekend’s rematches have to offer.

Toronto has five quarterbacks going into the final month ahead of the trade deadline and I don’t think it lasts long. There are two teams I’m looking for to try to make a deal with the Argos for a veteran. The Bombers and the REDBLACKS. If there is any truth to the rumblings that Matt Nichols injury is more severe than initially believed, the Bombers could try to bolster their depth. Ottawa is also clearly in need of a QB, though that’s a trade for the future as they fall further from the playoff race.

5. Hamilton too good to stop

Brandon Banks will be the MOP nominee out of the East Division as he continues to put up big yards for the Tiger-Cats and helps Dane Evans move forward as the successful starting quarterback in Hamilton. But it’s the defence that will help carry the Tiger-Cats to a Grey Cup appearance in 2019.

6. Winnipeg wilts in the stretch

I’m not predicting Winnipeg to play terrible football, but they will not host a playoff game in 2019, having to travel to Calgary and Saskatchewan to make the Grey Cup this season. They play Saskatchewan twice, Calgary twice, Montreal twice and Hamilton once in their final seven games. Those are the other four of the toughest teams to play in the CFL and without Matt Nichols, I don’t see the Bombers’ offence going above .500 against some of the best defences in the league.

I think Brett Lauther‘s game winning field goal is just the start of last second wins we’ll see in the lead up to the playoffs. Whether it’s touchdowns to win or field goals, there are too many teams who are going up against other quality teams and some crazy finishes are ahead. With so much to play for and so much intensity, we could also start to see the year of the on-field scuffle as well.

A classic prairie rivalry ends the West Division to see who goes to the Grey Cup. Yes, I think the Riders host this game and Winnipeg wins on the road in Calgary to advance to this game and for the second straight year go to Regina in the playoffs. If you thought the Labour Day Classic was nuts…think about this.

It was 2009 the last time the Grey Cup was in Calgary and it didn’t end well for the Roughriders. Well, I predict a repeat of what happened 30 years ago in 1989, the Saskatchewan Roughriders beat the Hamilton Tiger-Cats in the 107th Grey Cup presented by Shaw. William Powell will power the Riders throughout the playoffs on the ground and the big play chain continues to be shared throughout the back half of the season as the Riders clinch the West and follow through on the trend of a rookie head coach winning the Grey Cup when there are four or more rookie coaches that start in the same year.