Chamblin on Argos win: ‘All three phases came together’ 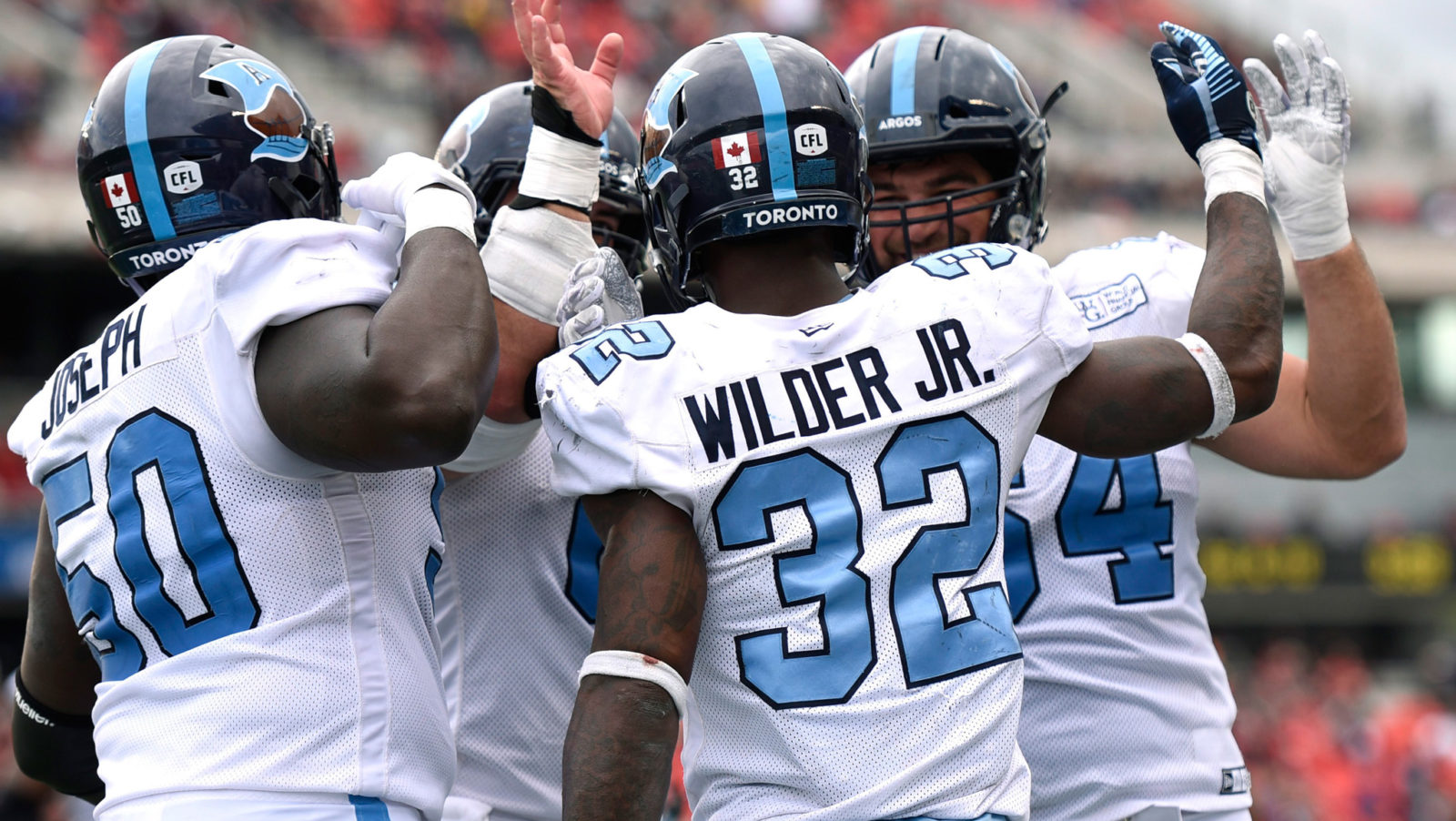 Chamblin on Argos win: ‘All three phases came together’

OTTAWA — For the Toronto Argonauts, it almost seems like deja vu heading into their Week 14 bye.

The last win for the Argos was back in Week 8, just a week before they headed out on a bye. And now, in a what head coach Corey Chamblin could only call a coincidence, Toronto is going into a week of rest with a victory.

“Coming back (from the bye) I think the biggest thing is we have the mindset that we’ve gone through the storm and we’ve come out on the other side of it. And they understand what it takes. They understand for them to have that feeling right there,” the Argos bench boss said gesturing to his team celebrating.

“You’ve got to put in the work and overcome any obstacle that’s in your way. It’ll be a fight from here on out. Each play, each series, each quarter, each game but I think they’re ready for it.”

The Argonauts won just their second game of the 2019 campaign on Saturday night, defeating the Ottawa REDBLACKS 46-17 in the nation’s capital.

For Chamblin it was a complete team win, with all three phases contributing on the field.

“It kind of looks a little bit like that pre-season game (against Montreal) when we first came together, the way all three phases came together, to where we make plays,” he said. “I thought each unit took their time making their plays.

“There were some setbacks but we didn’t let them keep us back. I think that was the biggest thing is that we still had that positive mindset that we could move forward. We didn’t let the energy drain us.”

Not only was the offence firing on all cylinders – quarterback McLeod Bethel-Thompson threw for 411 yards and three touchdowns while running back James Wilder Jr. had a trio of major scores himself – the team’s defence held Jonathon Jennings and the REDBLACKS offence in check all day. Ottawa scored just a single touchdown on the afternoon, a 12-yard score from Brad Sinopoli.

As a whole, the defence collected 50 defensive tackles (including a team-high of eight from linebacker Bear Woods), three sacks, three forced fumbles, three knockdowns, one interception and three fumble returns (including Qudarius Ford‘s fumble return for a touchdown).

“The last couple of weeks I thought they’ve been increasingly better,” Chamblin said of his defence. “They’re all capable of making the plays.”

It was Woods that impressed the double blue’s head coach the most, however, making many of those aforementioned plays. In his first game of the season for the double blue, the veteran linebacker showed exactly why he’s one of the best in the business.

“Bear is timeless. When you’re name’s Bear and you live in the woods like he does, I mean, Bear is timeless,” Chamblin laughed. “He understands football. He understands where he is in his career. He knows there’s not five years left on him. He’s enjoying every moment. He’s playing to the fullest and I really appreciate the leadership and qualities that he’s brought to that locker room.”

The Argos head into the bye week on a high and will return in Week 15 as they look to keep the momentum rolling with a matchup against the Calgary Stampeders at BMO Field.