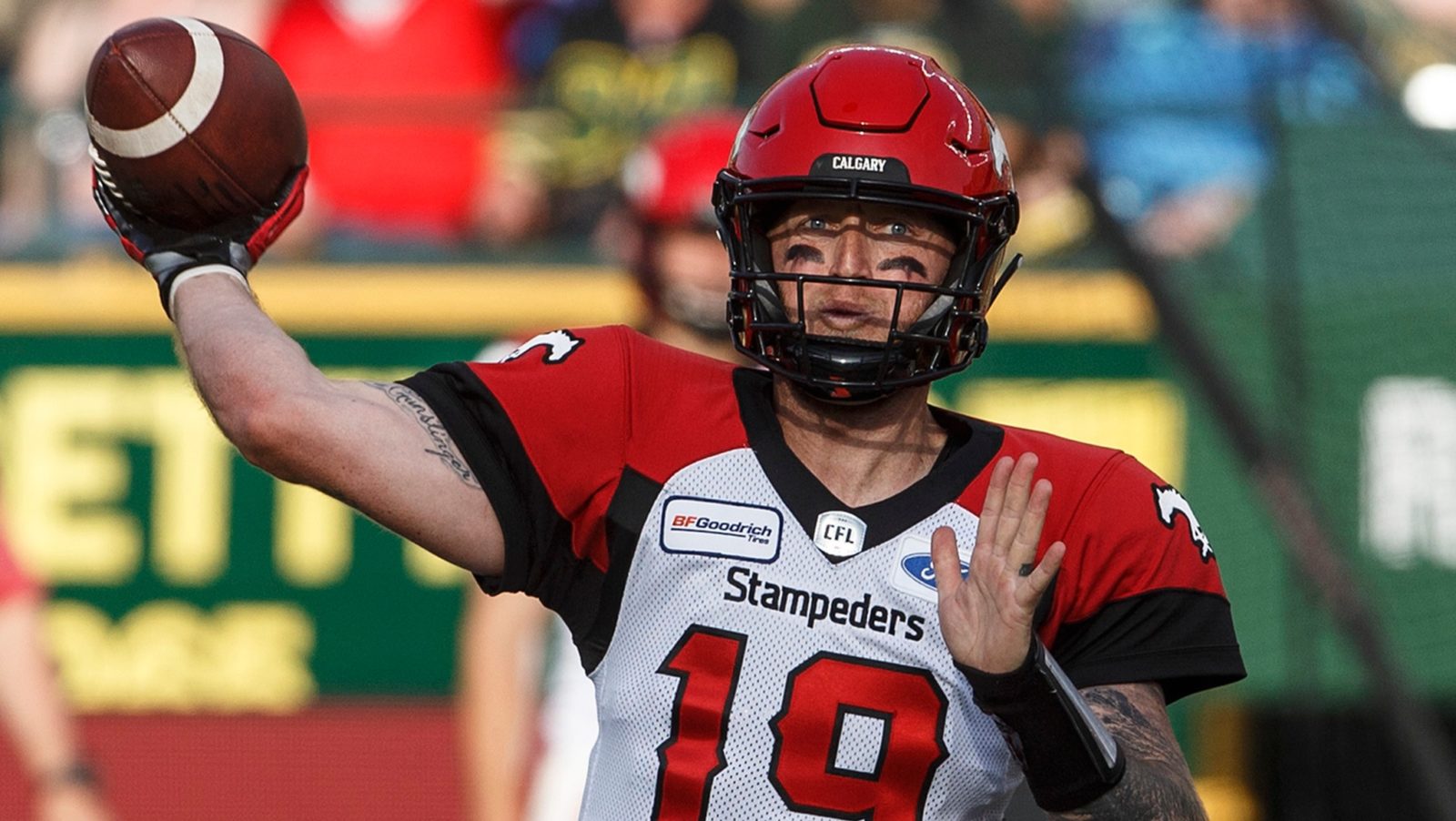 EDMONTON — The Calgary Stampeders found themselves down early against the Edmonton Eskimos in Week 13 after a Don Unamba interception set up a Trevor Harris touchdown pass, but Bo Levi Mitchell bounced back from the turnover to take the lead with a 25-yard touchdown pass to Reggie Begelton.

Edmonton evened things up, but Mitchell marched his team down the field in the second quarter and threw a touchdown pass to Eric Rogers to give his team a lead it would hold the rest of the way. The 29-year-old veteran became the winningest quarterback in Stamps’ history with the victory.

“It’s a great feeling,” Mitchell said after the win. “Just speaks to the work this organization has put in and the trust they put in me over the last couple years, and in the off-season bringing me back.”

The quarterback’s biggest drive of the game came just after the Esks tied the game up. Mitchell led an 8-play, 92-yard drive that he capped off with an 11-yard touchdown pass to Eric Rogers.

“He makes the big throws,” Head coach Dave Dickenson said. “We didn’t start out great, then all of a sudden he just drives us right down there. He’s just a winner.

“His winning percentage is amazing. He takes ownership, he takes leadership. He makes his own mistakes, but he owns them and he moves forward and he gets wins.”

Despite throwing three interceptions against Edmonton, Mitchell always found a way to get back on track and keep the offence moving down the field. The Stamps quarterback has now thrown for 517 yards and three touchdowns since returning from injury.

“I’m never going to lose my confidence no matter what,” Mitchell said. “Five picks, ten picks, whatever it might be. I’m always going to throw the ball.”

The Stamps are now second place in the West with a 7-4 record, and the team keeps finding ways to win even when faced with adversity and obstacles.

“It wasn’t super pretty, but we still got the job done,” Dickenson said.

Calgary will host the East-leading Hamilton Tiger-Cats next Saturday in Week 14 action.