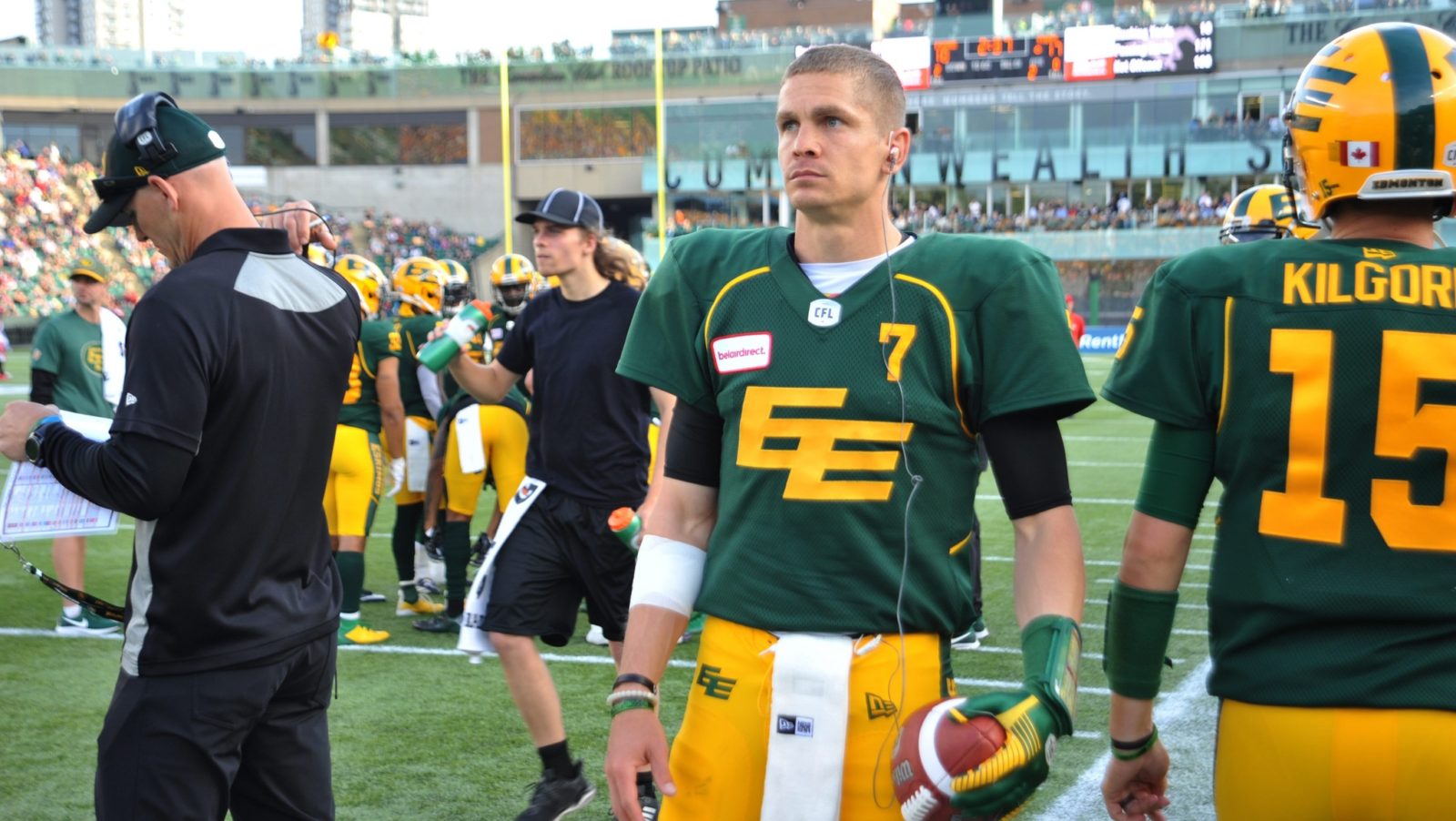 EDMONTON — Edmonton Eskimos starting quarterback Trevor Harris left Saturday’s game against the Calgary Stampeders in the first half with an upper body injury.

Harris completed three of five passes for nine yards and a touchdown before exiting.

Backup quarterback Logan Kilgore took over under centre for Edmonton with the team down by three points.

Logan Kilgore is in at QB.

Trevor Harris is questionable to return with an upper body injury.

There was no immediate update on Harris’ status following the game.

No update from Maas on Harris. Apparently it’s something he’s been dealing with for a few weeks and it’s the reason they dressed 3 qb’s for the first time in a while.