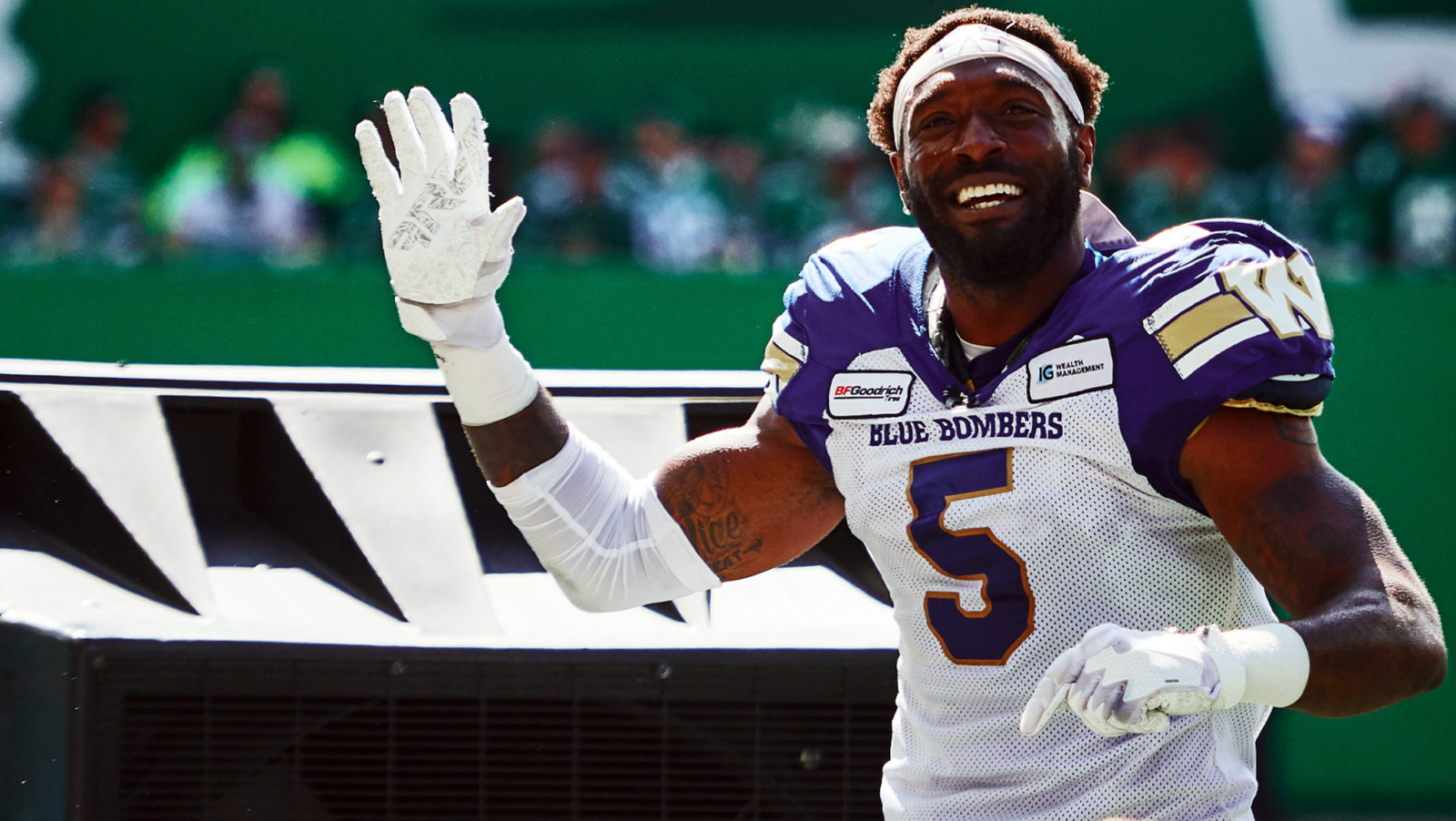 We always want what we can’t have.

That’s what I keep thinking as I look ahead to Week 14. It’s not that what’s on the schedule isn’t interesting. Someone’s getting a win on Friday when Ottawa travels to BC (reminder to self: some players get MAD when you go with a tie in the weekly picks). Saturday’s double-header starts with a heavyweight battle between Hamilton and Calgary, then shifts over to the game that Mother Nature got in the way of a few weeks ago: Montreal and Saskatchewan.

But as we digest what happened in Week 13, all I’m thinking about are the three teams that are now on a bye week. Edmonton, Toronto and Winnipeg all get to take a breather after some heavy moments in their respective seasons.

The Argos had been close for a few weeks, letting leads slip away against Montreal in Moncton and on Labour Day against the Ticats. They were finally able to finish the job against the REDBLACKS, but they have a long way to go and would need a lot of help from other teams if they want to make their post-game locker room talk a reality.

Sometimes a team that’s down and out just needs a familiar, experienced voice back in the huddle. Bear Woods was that spark in Ottawa, providing a game-best eight tackles and as you can see in the above video, a leadership role in the room. When you’re 2-9, the schedule isn’t an easy one, no matter who’s on it but there are some winnable games in front of them. The Argos will see BC once more this year and get Ottawa two more times. The more difficult opponents? Calgary, Saskatchewan, Montreal and Hamilton.

Playoff hopes are an uphill battle for the Argos, who while chasing Montreal and Hamilton would also have to fend off a West crossover opponent. That brings us to one of the other bye week teams.

It feels like things are bubbling to the surface in Edmonton. They got out to a 3-1 start this year and have gone 3-5 since, including dropping three in a row (Winnipeg, then the Labour Day series against Calgary) to sit at 6-6.

The Esks have been undisciplined all year, leading the league in penalties (138) and penalty yards (1,158). They had 10 penalties for 103 yards in Saturday’s loss and at one point, defensive teammates Josh Johnson and Vontae Diggs got into a shoving match on the field.

Then there’s Trevor Harris, who dealt with what looked to be an injury to his throwing hand in the first half of the game. The Esks had to turn to backup Logan Kilgore, who was out of the CFL last year and hadn’t thrown a pass in a game since Week 15 of the 2016 season when he was a backup with the Argos. If Harris’ injury is in any way significant, that’s a lot to put on a QB that’s been out of live-action for a long time.

At 6-6, the Esks are fourth in the West and are right now in a position to be the crossover team that the glass-never-empty Argos would have to consider in their own playoff hopes. The Esks have their problems — they’ve beaten exactly one team that’s over .500 so far — but they’re also just two points behind Saskatchewan and Calgary. Discipline has been an issue for more than this season, but if they can get on track (and if Harris is healthy enough to play) they’re not as far back as it might feel after three tough weeks.

It’s probably an entirely different feeling on the bye week for the Winnipeg Blue Bombers than it is for the Esks. They’ve endured a lot over the last month, from losing Matt Nichols for a still-to-be-determined amount of time, to the sudden two-game suspension of Andrew Harris right before the Labour Day/Banjo Bowl. Their depth was further tested in the Banjo Bowl, with Lucky Whitehead, Nic Demski, Mercy Maston and Chad Rempel all out of the lineup (Rempel is the latest to join the Bombers’ six-game injured list).

All absentees considered, splitting a home-and-home with the Riders and subsequently ending their six-game win streak is a testament to the Bombers’ depth. After setting the tone on the field for the defence week after week, Willie Jefferson is doing it off the field as well.

4 weeks in a row!!! Can you tell I was ready for this bye week https://t.co/NqRqG7qbiF

This is a break that’s well earned. The path through the regular-season won’t be an easy one for the Bombers. They get Montreal twice, see Saskatchewan once more, face Hamilton and close out the regular season with a home-and-home against Calgary that might determine the host of the West Final. Harris will be back after the bye week for the first game against the Als and while it doesn’t necessarily get easier for the Bombers, they may have weathered the worst of the storm (written knocking on wood) while maintaining their grip on first in the West.