CFL Simulation: The Stamps are surging 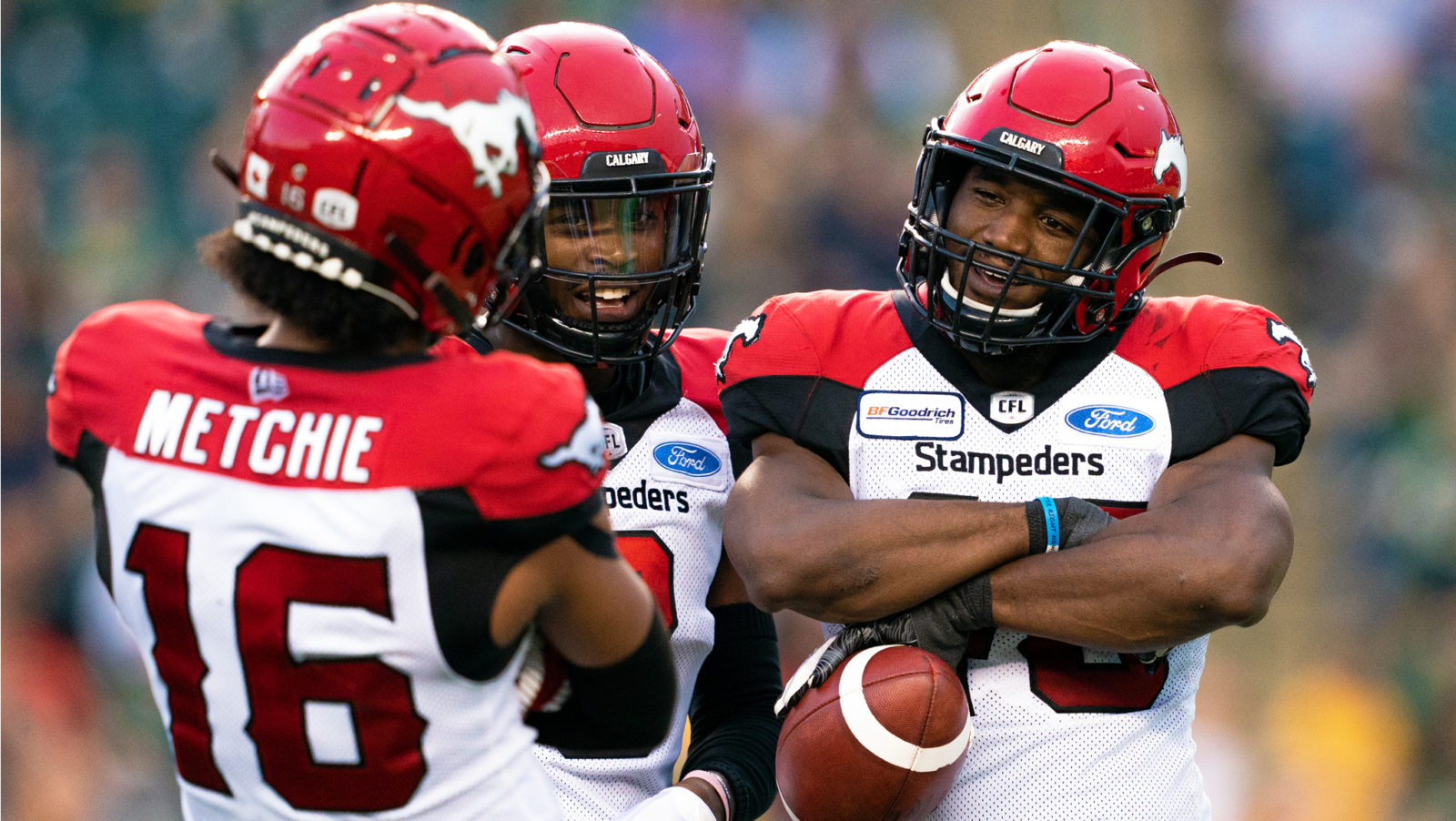 CFL Simulation: The Stamps are surging

TORONTO — What a difference a week can make.

The CFL Simulator returned ahead of Week 13 and made Riderville very happy when it projected Saskatchewan as an early favourite to win the 107th Grey Cup. But following a lopsided loss to the Winnipeg Blue Bombers on the road, the green and white dropped out of the top spot in all the categories they led in the first simulation.

The biggest hit they took was to their Grey Cup odds. After being at nearly 50 percent a week ago, they sit at just 6 percent now and won the championship just three percent of the time. They’ve also had their odds to win the West dropped from 49 to 6 percent.

The Bombers have jumped into the driver’s seat ahead of Week 14 action, and the Calgary Stampeders have now jumped into the conversation as a championship favourite again after winning both halves of their home-and-home series against Edmonton.

Calgary has also received another spot in the top five Grey Cup matchups with their performance.

In the East, Montreal made a jump up after winning their third straight game in Week 13 and they now feature in two of the five most likely championship game matchups. Their percentage to capture the championship went down because of Calgary’s surge, but their odds of hosting a playoff game went up.

After beating Ottawa in their head-to-head matchup in Week 13, the Toronto Argonauts improved their odds in nearly every category. On the other side, the REDBLACKS are now projected to finish with the worst record in the league at 4-14.