Rumble on: Ticats looking to run over Stamps 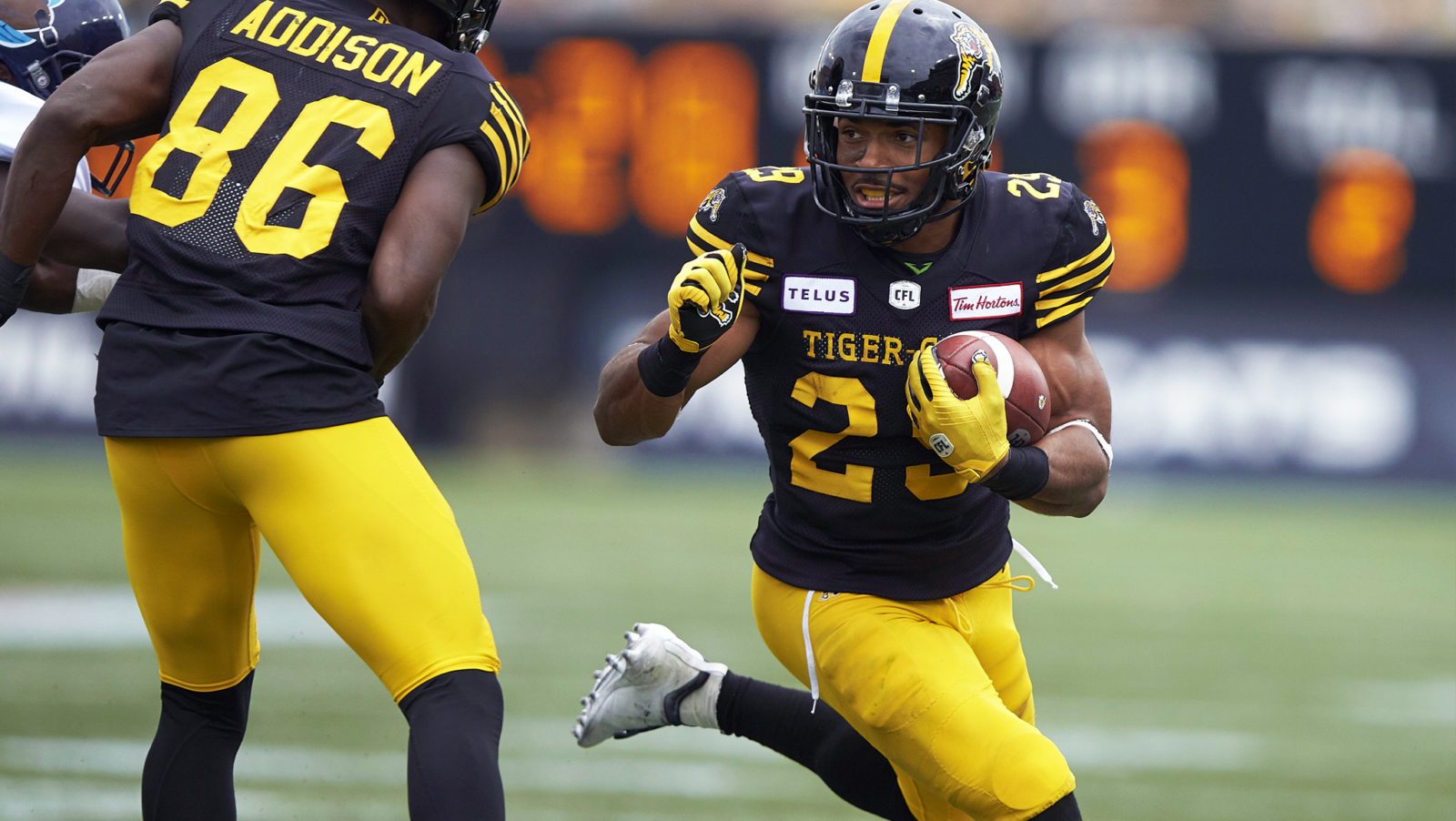 Rumble on: Ticats looking to run over Stamps

HAMILTON — When it comes to the Hamilton Tiger-Cats’ running game, you just never know who could hurt you on a weekly basis.

The Ticats currently sit atop the league standings with a 9-2 record on the year. They’ve been able to roll through injury troubles on both sides of the ball, but despite having different individuals taking handoffs out of the backfield this season, they sit in fourth in rushing yards per game with 98.4. 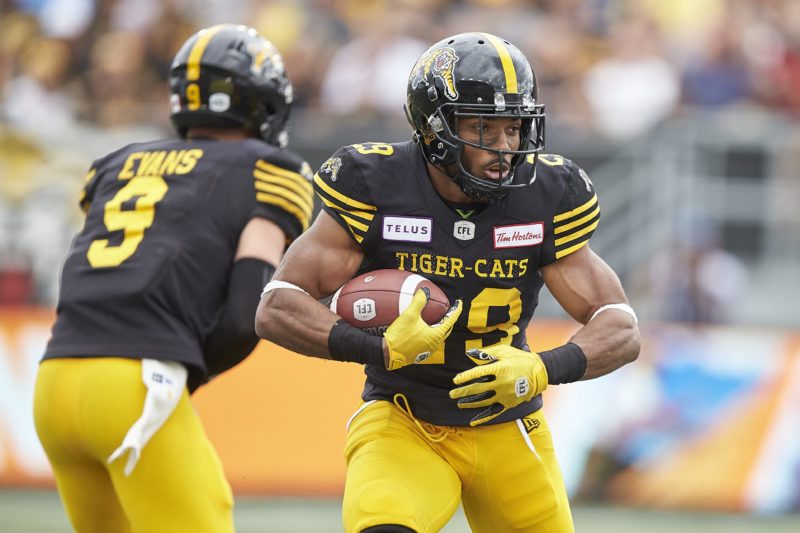 Along with Thomas Erlington, Bennett, Irons and Coombs, Cameron Marshall has compiled 198 rushing yards on 32 carries over three games. Receiver Bralon Addison has also seen his touches in the run game increase as he becomes a threat both through the air and on the ground. Brandon Banks has also been used for the odd rushing play during the season.

It looks as though the Tabbies have added another man to the fold, as the team added veteran back Tyrell Sutton to the practice roster on Monday, and while it’s unlikely that he makes it into the lineup for Week 14, he could be a big option for Hamilton head coach Orlondo Steinauer down the stretch.

“Each game plan is different. We go according to what’s going to give us the best opportunity to win that week,” Steinauer said on Monday following practice. “I think you need to build depth there — you can’t just throw anybody back there. So with the addition of Sutton — we still have (Maleek) Irons around — and with Coombs and Bennett, we like where we’re at.

Sutton is a six-year CFL veteran, having previous stops in Montreal and BC. He has compiled 3,841 rushing yards and 17 touchdowns along with 1,539 receiving yards and another three scores through the air in 73 games.

The 32-year-old signed with the Toronto Argonauts in the offseason, but after spending time on the injured list, the team released him in July.

Hamilton is no stranger to the Akron, OH., native, who should be able to bring some physicality to the Ticats’ rushing attack.

“With Sutton, his play speaks for itself. He’s tough, he’s a competitor,” Steinauer said. “We’ve gone up against him numerous times in Eastern playoff games. I think he’s a fall forward guy who runs downhill and I think he’s around a seven-year vet, so he’s been here before.”

In the Tabbies’ Week 12 clash with the Toronto Argonauts, Bennett led the way, picking up 77 rushing yards and a touchdown along with 28 receiving yards in the Labour Day victory. The 23-year-old went virtually untouched into the end zone on a 25 yard run up the middle. It was the first major of Bennett’s CFL career.

It’s still too early in the week to know who will be the main man in the run game for the Ticats. But there’s a good chance that Hamilton gets another big day out regardless of which individual is tasked with taking the ball out of the backfield.

Hamilton will head out to McMahon Stadium for their Week 14 game against the Calgary Stampeders on Saturday. Opening kick-off is set for 4:00 p.m. ET.

– With files from Hamilton Tiger-Cats