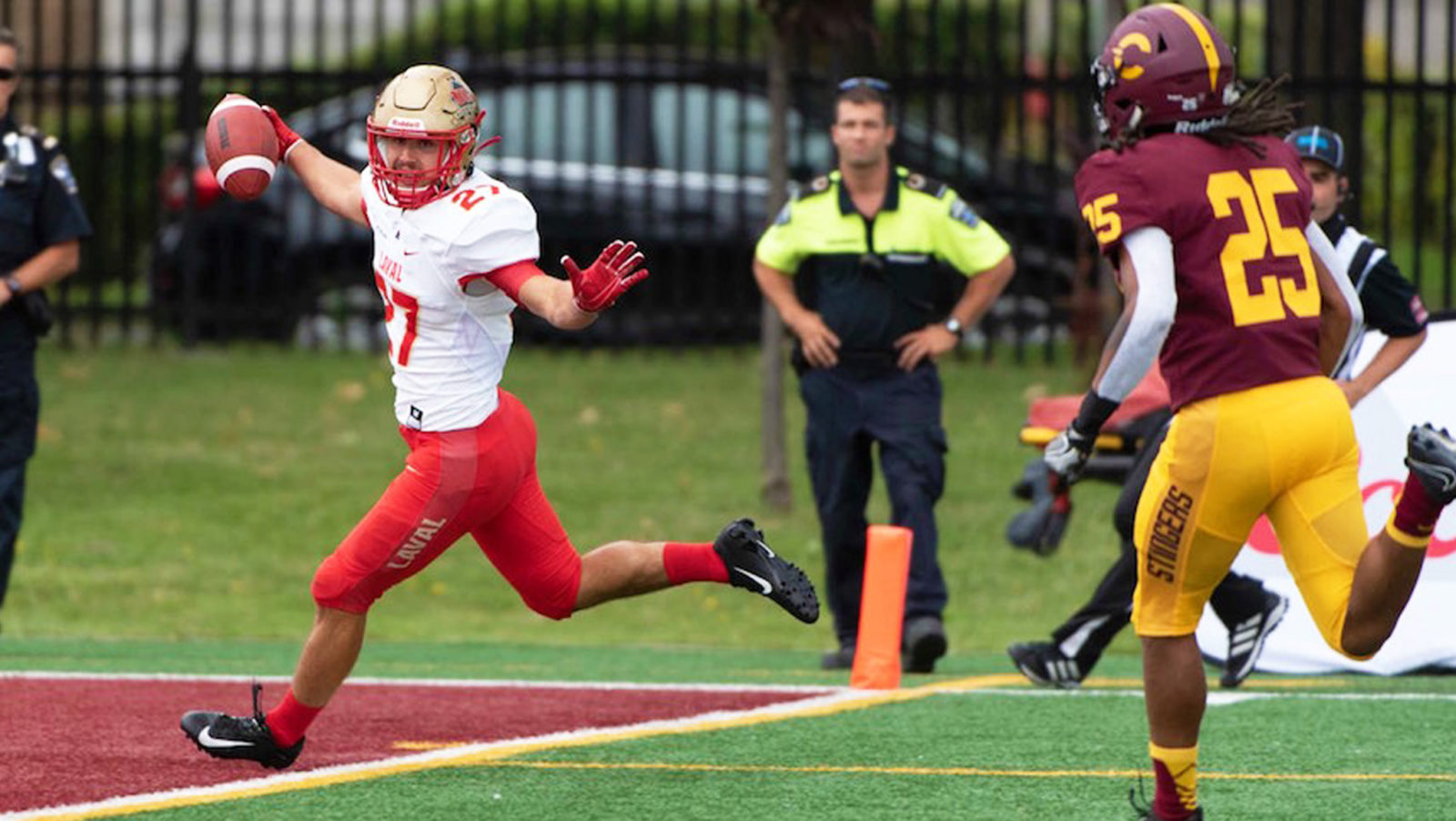 For the second consecutive week, the Laval Rouge et Or were a unanimous No. 1 selection in the U SPORTS football rankings. The reigning national champions have topped each of the three weekly polls so far in 2019.

The Rouge et Or (2-0), who last November captured their record-extending 10th Vanier Cup title, received all 17 first-place votes from the Football Reporters of Canada panel, good for 493 total points when combined with statistical calculation by the ELO Rating System.

For the third week in a row, the Western Mustangs (3-0), Vanier Cup finalists in 2018, and Montreal Carabins (3-0) hold on to the second and third positions, respectively, after meriting 490 and 431 points.

Laval was once again dominant last Saturday in its second outing of the young campaign, cruising to a 41-6 road win over Concordia, thanks in large part to a monstrous 342 to 36 advantage in rushing yards.

The Rouge et Or, who had previously downed Sherbrooke 41-10 in their RSEQ opener on Aug. 25, should face a much stiffer test on Saturday afternoon when they visit No. 3 Montreal, live on TVA Sports at 2 p.m. ET / 11 a.m. PT. The archrivals have faced off in each of the past six RSEQ conference finals with Laval prevailing four times, including a 14-1 triumph in Quebec City last fall.

The Carabins improved to 3-0 over the weekend with yet another spectacular defensive display in a 34-4 victory at McGill. Montreal has allowed 16 points in three games so far this season, after setting an RSEQ record a year ago with a minuscule 46 points against in eight league contests.

In the OUA, Western also improved to 3-0 with a 34-17 road win over top-10 foe McMaster. With the score tied at 17 all in the third quarter, the Mustangs closed out the match with 17 unanswered points to earn their 23rd straight overall success against OUA opponents dating back to the start of the 2017 schedule and their 25th consecutive regular season victory since September of 2016.

In addition to Saturday afternoon’s showdown between Laval and Montreal, the Week 4 schedule is highlighted by a Top 10 duel for first place in the AUS standings, Friday night in Halifax. Acadia travels to Huskies Stadium to battle Saint Mary’s, starting at 6 p.m. ET / 3 p.m. PT (AUStv & Bell Aliant TV1).