The Weekly Say: Are the Ticats getting enough respect? 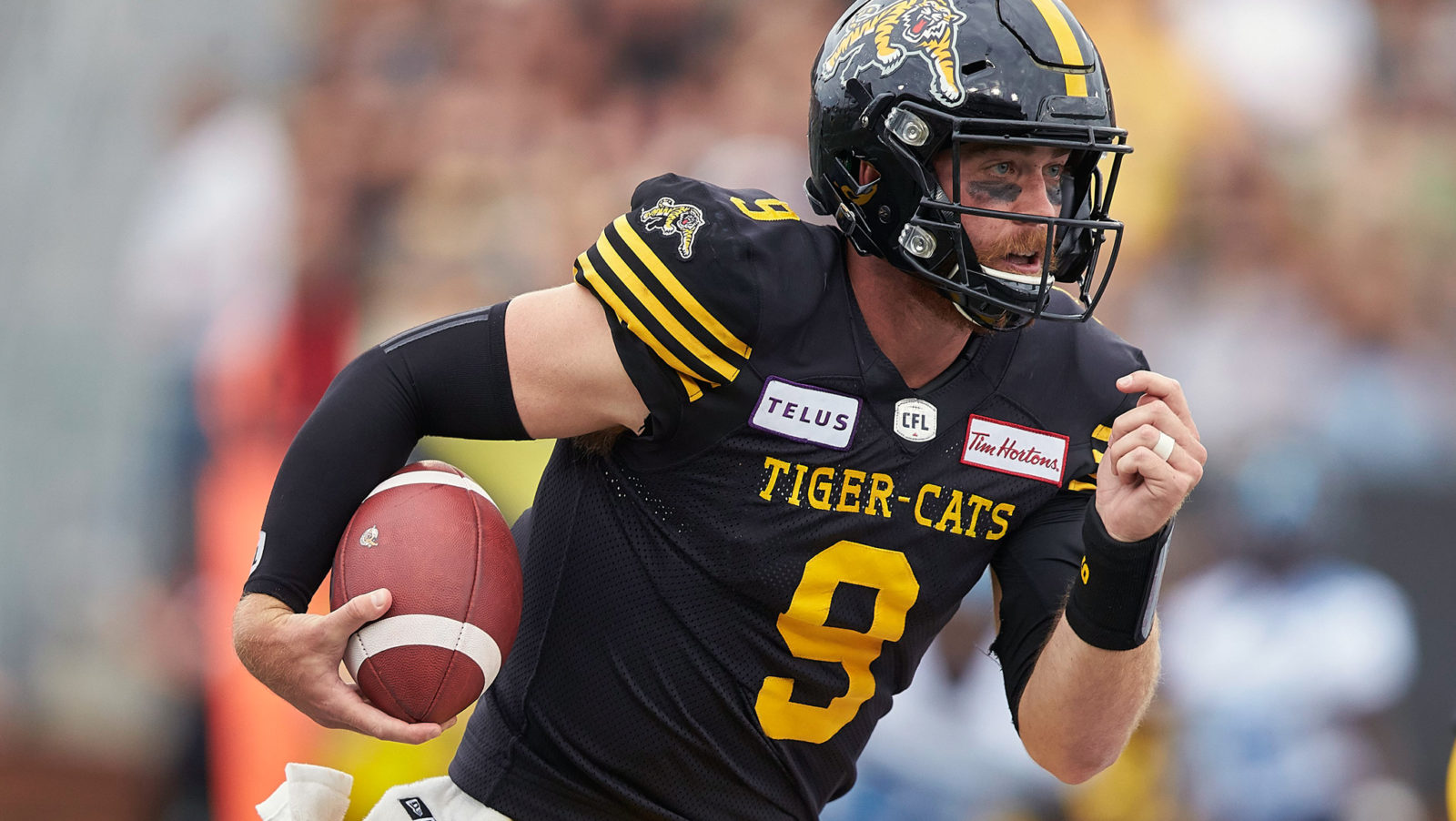 The Weekly Say: Are the Ticats getting enough respect?

TORONTO — All they do is win, yet they can’t seem to buy any love in the Nissan Titan Power Rankings.

The Hamilton Tiger-Cats might just be the CFL’s biggest mystery in 2019, losing several of their top stars to injury yet winning nine of their first 11 games this season.

Despite their success, however, the Ticats have yet to climb higher than second in the league’s weekly power rankings, while Winnipeg, Calgary and Saskatchewan have all jumped over them at various points in the season.

While critics point to a young, inconsistent quarterback in Dane Evans, the replacement to Jeremiah Masoli has won all but one of his starts, coming off a win on Labour Day that saw him complete 19 consecutive attempts vs. the Argos.

In the bigger picture, the Ticats boast the CFL’s top point differential and the third-ranked offence despite losing Masoli, Delvin Breaux, Luke Tasker and several running backs to injury.

Do the Ticats deserve more credit as they inch towards an East Division title? The debate is on in The Weekly Say.

Are the CFL-leading Ticats not getting enough respect? 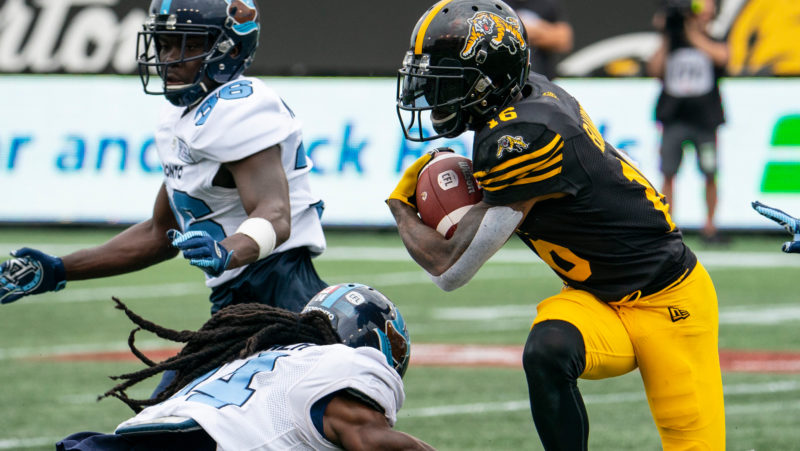 Matthew Cauz: Yes. The problem with Hamilton is we get distracted by all their injuries, which takes away from what they are doing on the field. They lead the league in offensive points scored and are second in points allowed. Now if they beat Calgary this week they should immediately be ranked first.

Chris O’Leary: If a question ever screamed for a Rodney Dangerfield photoshop, this is it. Some of the Ticats have been vocal about a lack of respect and they’re not entirely wrong. On their path to compiling the best record in the league, the haven’t been ranked No. 1 this season. Winnipeg and Calgary sit in front of them this week and the Ticats beat both of those teams. A win in Calgary this week would help them a lot in next week’s rankings.

Don Landry: They deserve a little more respect at this point. They have the best record in the league and have beaten both teams that are ranked ahead of them, although their win over Calgary came with Nick Arbuckle at the Stampeders’ controls, not Bo Levi Mitchell. Still, this Ticats team has shown resilience and great depth and I think this weekend’s game should be seen as a way for the Stamps to overtake them in the rankings, not the other way around.

Jamie Nye: The Tiger-Cats are 5-1 against the West Division with wins over Saskatchewan, Winnipeg and Calgary this season. They need to be higher than third in the power rankings. But if they want to get all the respect, they need to prove it this week in Calgary or they are actually ranked exactly where they should be.

Marshall Ferguson: Tough to judge ‘respect’ but they’ve certainly given themselves a chance to be in the November discussion after Labour Day which is all you can ask for.

Jim Morris: I have no problems with the Ticats being third in the power rankings. The last team Hamilton beat with a winning record was Winnipeg back on July 26.

Was the Riders’ loss to Winnipeg one bad game or a wake up call? 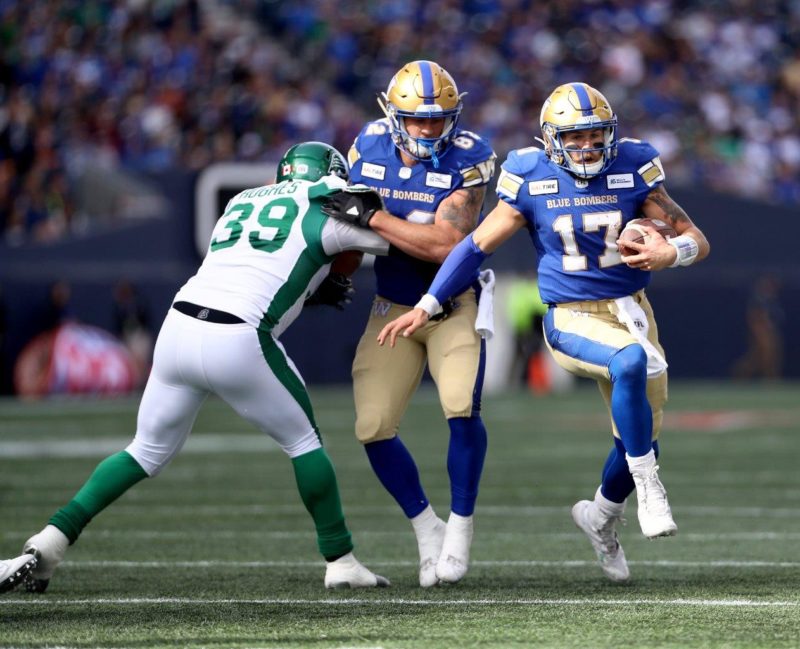 Cauz: I will go with a slight variation of A: This was just one REALLY bad game.

Nye: This is one bad game after an impressive six game stretch where they didn’t allow more than 20 points in five straight. Bad habits can start to grow in win streaks and they get exposed in the worst way. The Riders have lost four of the last five Banjo Bowls. They have won four of the last five Labour Day games. You can’t read too much into these rivalry games. Saskatchewan will rebound this week at home.

O’Leary: I lean toward one bad game. While they pulled off the sweep a year ago, it’s tough to take a back-to-back set of games against a team. When you’re in the type of environment that IG Field provides, a few mistakes can pile up and the game can slip away quickly. The Riders are better than what we saw this past week.

Ferguson: A wake up call. Lots of hype but in a one-game, playoff-like setting they showed their vulnerability.

Morris: The Riders better take it as a wake-up call. I think it showed Saskatchewan might not be as good as its record shows.

Landry: Wake up call. It’s easy to begin coasting a wee bit when you’re on a roll, feeling like all you need to do is show up. The Riders got a rude awakening in the Banjo Bowl, but that’s not necessarily a bad thing. Winnipeg reminded them what it takes and that the Roughriders had better be dialed in for all of their stretch battles. Not a bad lesson to get now. Better than getting it in November.

Who would you rather have as a receiver: Brandon Banks or Reggie Begelton? 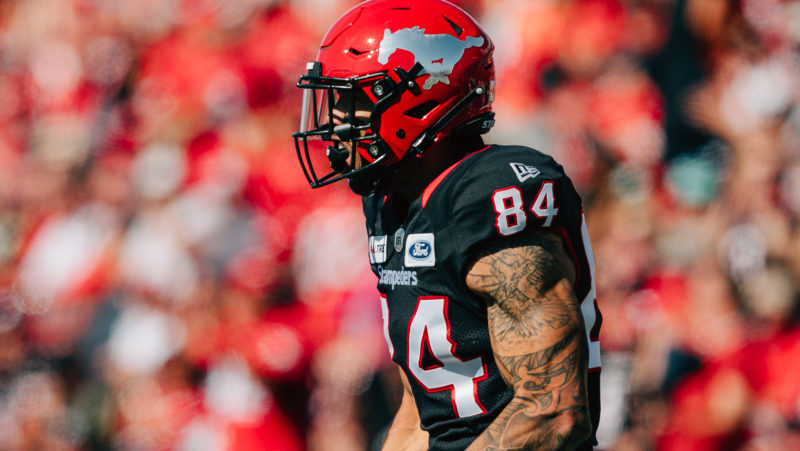 Landry: I’d take Begelton. The numbers are close, for sure, especially when you consider that Banks has played one less game. But I get the sense we’re going to see even more upside to Begelton as this season goes on, with the Stampeders targeting him deep down the field more often than they have so far. And I like 6-foot-2 over 5-foot-7 as a general rule.

Nye: Size or speed? You can’t deny how good Begelton has been in the last month as he’s powered his way to top spot in league receiving yards, but I believe there is nothing better than a guy you can throw a two-yard pass to, who can turn into a touchdown 60-plus yards later. I think Banks can play and be dynamic from anywhere on the football field and you can put him in so many spots to test the defence.

Ferguson: Banks, there’s nothing in the CFL like Speedy in the open field.

Morris: I would take Banks because of the other things he does well.

Cauz: Love what Begelton is doing, he and Bo Levi Mitchell are quickly becoming the most dangerous QB/WR combo, but I have to go with Banks and his body of work over the past three seasons.

O’Leary: I’d take Speedy because he’s been consistently great in this league, while Begelton is just enjoying his breakout season in the CFL.

Fan Poll
Who would you rather have as a receiver?
Reggie Begelton
Vote
Brandon Banks
Vote
Submit View Poll Results