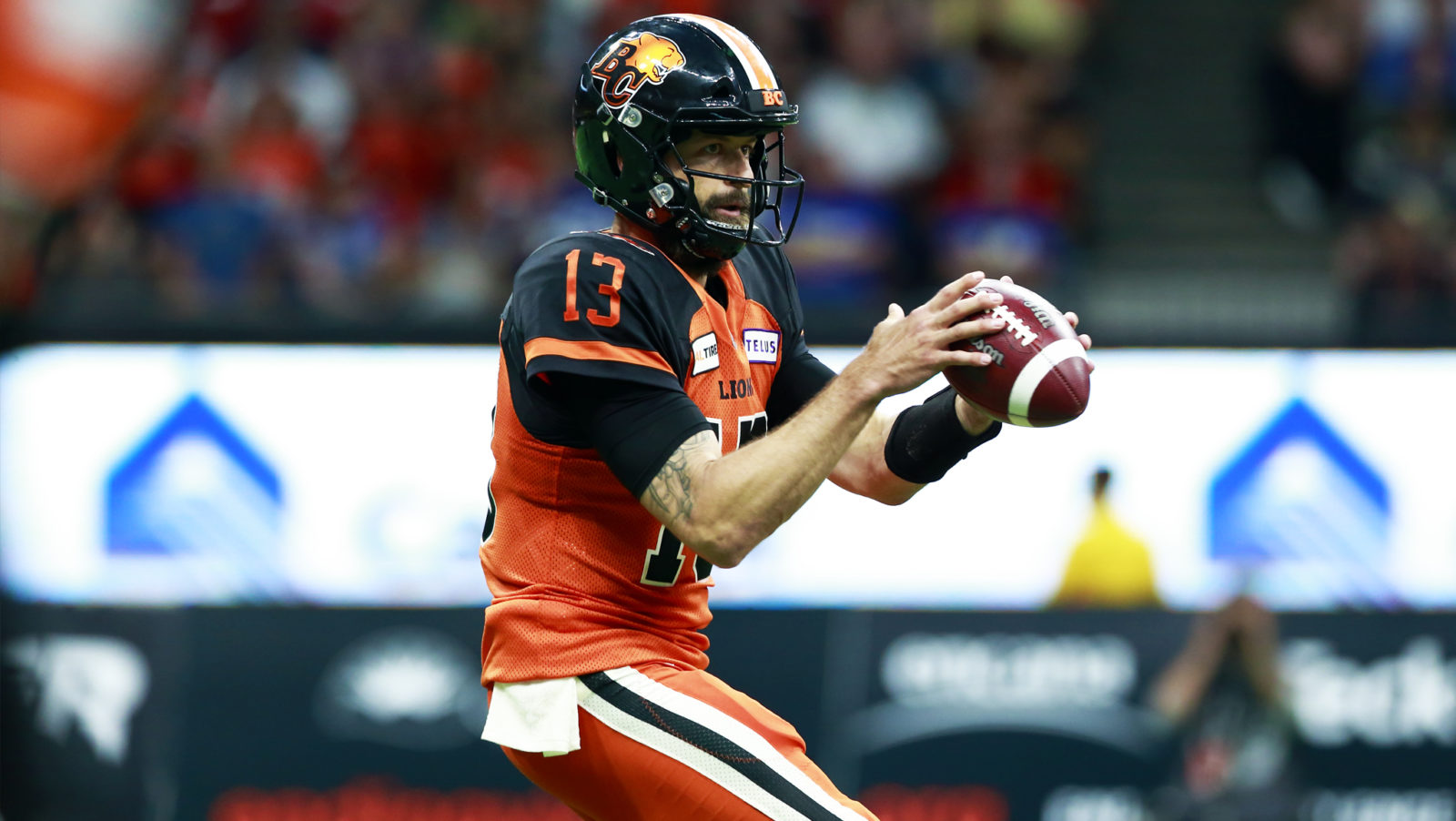 *Do you trust Vernon Adams Jr. ($10,490) against a Roughriders pass defence that is second only to Edmonton in yards allowed per game (235.7) but is a pedestrian fifth in opponents pass efficiency (92.1)?

Is this the week Fantasy users see vintage Mike Reilly ($9,164) versus a reeling REDBLACKS defence that has a combined 43 Fantasy points this season? Or can the Ottawa pass rush — seventh in the league with just 18 sacks — get their turn spending quality time in the BC backfield?

Which Dane Evans ($6,105) will we see? The one who shook off a slow start and lit up the Argos for 442 yards and three total majors in a Labour Day rally? But what if it’s the Evans that has thrown two interceptions in each of his last three games?

PLAY CFL TSN FANTASY
» Sign up and set your lineup for Week 14!

The biggest issue facing Bo Levi Mitchell ($9,106) isn’t the three interceptions he tossed at Edmonton last week. It’s the 43.9% conversion rate on second down that could be an issue against the Ticats’ D, which is third in prevention with a 44.2% stop rate. You have to labour on an issue, but again: Cody Fajardo ($7,870) has not had a multiple TD-pass game since Week 6. Saskatchewan’s offence is second in total yardage (392.2 yards per game), but until Fajardo starts finding the end zone with his arm instead of his legs, he’ll continue to be fool’s gold for Fantasy users.

Jonathon Jennings ($5,581) brought some life to the Ottawa passing game last week. He’s risky but gets a Lions squad that has allowed 19 passing majors and is eighth in opponents pass efficiency (104.4). Oh, yeah: there’s also the motivation of getting a measure of payback against the team that let him go in the offseason.

There’s a sinking feeling that William Stanback ($8,346) is starting to gather momentum. Keep in mind the Alouettes were running the ball well while he was absent, something to ponder when he faces a Roughriders run defence that allows 5.2 yards per carry. Count on William Powell ($8,905) to have a potentially huge evening against Montreal, which has given up a league-high 12 rushes of at least 20 yards. That’s one way to make Fantasy users forget his Week 13 dud.

If the Stamps get Ka’Deem Carey ($5,163) into the flow early, he could also deliver a rebound effort. Hamilton has given 13 rushing touchdowns while allowing 5.4 yards per carry. Brandon Rutley ($4,749) looked sharp in his return to the lineup last week. There’s sleeper potential with him as he gets a REDBLACKS run D that is last in the league (117.5) against the run along with giving up a league-worst 19 rushing majors.

It’s unlikely Mossis Madu ($6,816) gets 14 targets again. It is encouraging, though, to see him as involved in the Ottawa offence as he was. Jackson Bennett ($3,500) will find the Calgary run defence far less easy to run against than the Toronto unit he ran through on Labour Day. Both Terry Williams ($5,127) and Marcus Thigpen ($3,442) have been quiet of late. One of these return specialists will have a big Week 14.

Reggie Begelton’s ($10,621) numbers the past three games: 25 catches, 449 yards, six touchdowns. That’s why he’s atop the rankings. If there’s one thing Mike Reilly knows how to do, it’s finding Bryan Burnham ($9,413), who has Fantasy totals of 33.9 and 26.9 points in two of his last four games. Brandon Banks ($12,591) scored three touchdowns in the previous meeting against the Stampeders in Week 5, but based on the way they slowed down the Eskimos, Calgary’s defence will look completely different.

Jaelon Acklin ($3,334) could be an X-factor for the Ticats. Someone could benefit if the REDBLACKS are too focused on stopping Burnham. Perhaps its streaky Lemar Durant ($4,476) or this could be the week Duron Carter ($3,652) hits his stride.

Calgary ($5,181) scored its first defensive major since Week 6 and its best Fantasy total since Week 7. Could the champs be on the rise? The Roughriders ($5,585) have 11 sacks in the past four games along with five interceptions in their last three. In short: pressuring Vernon Adams, Jr. could get results. Hamilton ($4,189) hasn’t recorded a defensive major since Week 2, but did get four sacks and two fumble recoveries against Calgary in Week 5. The Alouettes ($3,513) have gone four games without an interception but have recorded 10 of their 15 sacks in the same span.