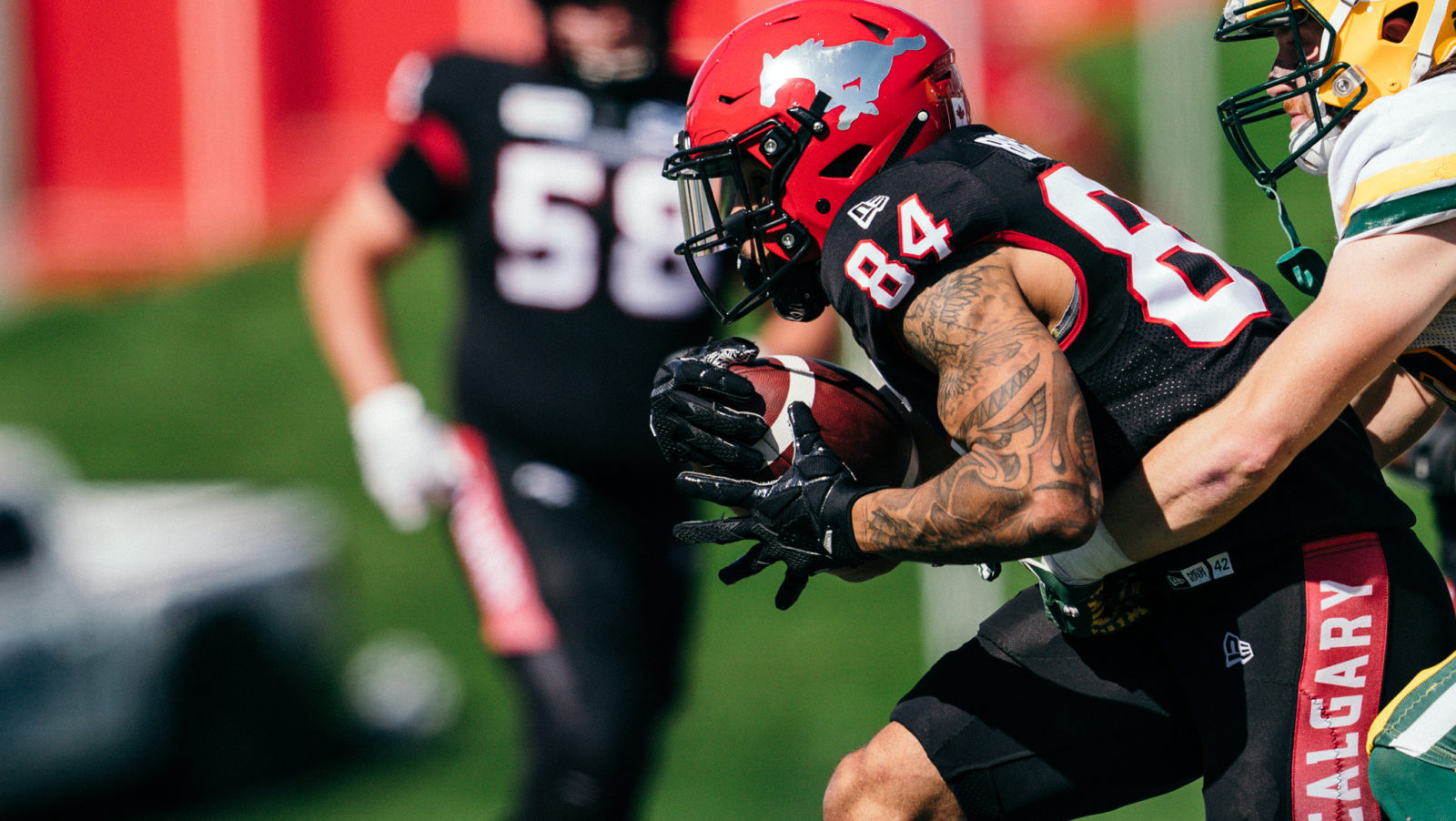 TORONTO — In a format that rewards a full point per reception, receivers can become make-or-break in TSN CFL Fantasy presented by LeoVegas.

Eight of the top 10 single-week performances all season have come from receivers, with Greg Ellingson and Derel Walker each appearing on the last twice.

With current CFL receiving leader Reggie Begelton ($10,621) set to face off against Ticats superstar Brandon Banks ($12,591), the burning question on the CFL Fantasy Podcast this week: who is Fantasy’s WR1?

“Begelton’s the one for me,” said Pat Steinberg. “That is no knock whatsoever on Brandon Banks because Banks is probably still the most explosive and exciting player in the Canadian Football League. But it’s hard to go against Begelton.

“The fact that he can bust big plays, that Bo looks for him in the end zone and does so regularly, and he’s the possession guy you can count on for second and long — that salary is difficult, but if it’s between Banks and Begelton, he wins out for me.”

Steinberg, Hannah Nordman and Jeff Krever covered that along with a number of other topics in this week’s CFL Fantasy Podcast presented by LeoVegas:

Banks is deservedly celebrated as the most electrifying playmaker in the CFL. Lately, however, no pass catcher has been more dominant than Begelton, who’s totaled 104.7 points over his last three games for an average of 35 points per game. Even at a salary of $10,621, a 35-point outing would put Begelton at 3.3 points per thousand dollars spent — among the most productive receivers in Fantasy.

“When you’re talking about the No. 1 Fantasy receiver across the board, you have to consider salary,” said Krever. “I don’t think any of us have taken Brandon Banks this season and he’s never among the most chosen players because the salary is outrageous.

“Reggie Begelton’s points per dollar are still pretty good. If you’re talking about sheer value, Begelton, pound for pound, is one of the most valuable Fantasy receivers in the game. I’d have to argue pretty strongly that this is the No. 1 player in Fantasy right now.”

For Nordman, the price points on both Banks and Begelton are difficult to manage, especially with a $40,000 cap. Other receivers like Bralon Addison ($7,775) and Eric Rogers ($7,289) might be more palatable. Still, in a week with only three games, nothing’s off the table.

“Brandon Banks has always been out of my price range,” said Nordman. “I think Begelton would be too, but if I’m picking between the two, I’m going Begelton. You know it’s getting crazy when his down week is still over 20 points. I feel like I can find $10,000 for a Reggie Begelton when he’s on fire like this.”

For Steinberg, the argument for Begelton comes down to volume. In his last three games Begelton has been targeted 36 times, an average of 12 targets per game. While Banks has averaged 9.6 targets all season, Begelton has similarly emerged as a high-volume receiver.

“What I really like about Begelton is that whether it was Nick Arbuckle or now with Bo Levi Mitchell as the quarterback, this guy’s a volume receiver on top of being a dynamic receiver,” said Steinberg. “I know he only caught the ball seven times, but targeted 15 times on Saturday vs. Edmonton. Think about that, we’re playing in a PPR league — 15 targets.”