Trading Places: Skill set has Bennett on other side of the ball 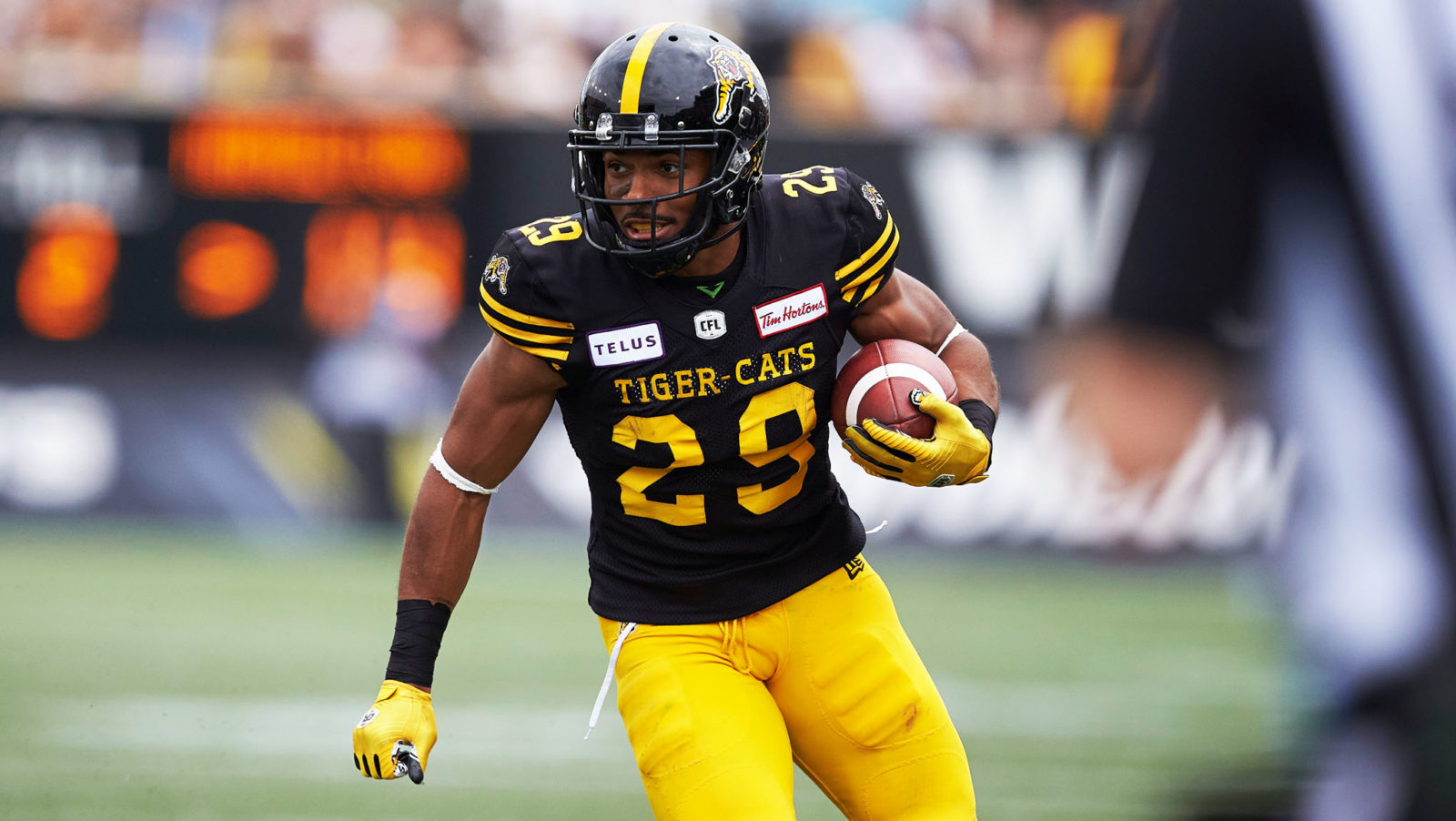 Trading Places: Skill set has Bennett on other side of the ball

Jackson Bennett is the definition of a throwback player, with a twist.

Growing up Bennett played on both sides of the ball while also contributing on special teams, your classic high school hero situation. He can run between the tackles but he can also make an open field tackle himself. He can run routes, but just as easily run down a punt returner for a score-saving special teams tackle.

In a bye gone era before position specialization and expanded rosters, some professional players would attack many of these roles weekly with the understanding that it’s was just what’s required of their football team.

Bennett carried that same attitude into 2019 but has done it with a unique skill set which allows him to adapt quickly at a body type conducive to every role he’s been asked to call home.

RELATED
» Rumble On: Ticats looking to run over Stamps
» Buy Tickets: Hamilton at Calgary
» O’Leary: Time to put respect on the Ticats’ name

To understand the big picture you really have to sit down with Bennett and listen to the way he describes the variety of assignments his football life have taken on.

A running back – primarily – in high school, Bennett committed to the UOttawa Gee-Gees where he quickly became a member of the defence.

“Team needs,” he said. “When I came in to Ottawa they said we need help on defence and as a first year you want to be able to help the team in any way possible.”

So Bennett made the switch. All that resulted in was an OUA All-Star career with tape worthy of being taken 11th overall by Hamilton in the 2018 CFL Draft.

A year spent bouncing around from wide side linebacker to free safety and anywhere in between on practice or game day rosters and Bennett appeared to have found his fit.

“I spent the whole off-season training as a defensive back but two weeks before camp started June (Jones) called and asked me to switch,” Bennett said. “And I said yes because it’s what I originally wanted to play in university so I made the switch and embraced the opportunity.

“I flipped the switch in my training right away. I was working with William Powell in Ottawa and started just trying to visualize what it would look like.”

How does an All-Star university player change from offence to defence and back to offence so seamlessly in a five year stretch? For his new Head Coach Orlondo Steinauer it’s simple.

“First of all the player has to be willing,” Steinauer said. “It’s not a forced thing he didn’t have to be coaxed into it. He wants to play football and this was the best chance because he was a bit buried in the depth chart defensively. No doubt he has versatility I still wouldn’t have any problem putting him at SAM linebacker or free safety and letting him blitz or roam around because he has a special skill set that way.”

It’s hard to blame Steinauer for keeping an open mind with Bennett, the second year pro from Orleans, Ontario has earned it with his contributions on special teams this year, including seven special teams tackles featuring one that ended the BC Lions comeback attempt in Hamilton and a forced fumble.

As Steinauer explains, the Bennett move came as part of a larger organizational shift, carrying a – theoretically – all Canadian backfield.

“When we decided in the off-season to go Canadian at running back we thought there’s no guarantee you can layer it (depth) through the draft. Now we were able to with Maleek (Irons) but unless you believe in over drafting you don’t know and you have to look at trade or doing it by committee. Drew (Allemang) let us know he was confident in Jackson’s ability as a blocker and running back and we respect Drew’s eval so we gave him a call and it was an immediate yes.”

Bennett’s CFL backfield career came sooner than anticipated in Week 1 when he posted three carries for -6 yards. He had no touches for the next nine weeks while grinding away on special teams but the loss of running backs Sean Thomas-Erlington, Maleek Irons, Cameron Marshall and the slow emergence of Anthony Coombs left Bennett as the best available option on Mark’s Labour Day Weekend.

All he did was post 3 catches for 28 yards while adding 12 carries for 77 yards and his first career touchdown.

“It was crazy, my mom was crying and my cousin sent me a video of them celebrating in the stands which was crazy,” Bennett said. “It’s hard to describe that feeling, especially on Labour Day but the best thing was being recognized by my peers because they respected me making the jump from practice roster to actually helping us win.”

For Bennett, Labour Day should have been foreign, but thanks to his earliest days in football the exact opposite was true.

“I felt like I was going back to my roots, playing running back is where I fell in love with the sport.”

After Hamilton returned from their post Labour Day bye week, Bennett had a new teammate likely to surpass him on the Week 14 depth chart due to superior CFL experience.

Former Alouette, and most recently Argo, Tyrell Sutton. Sutton is a well rounded back with 5,380 yards and 20 career touchdowns. Adding Sutton doesn’t change the evaluation of Bennett for Steinauer though.

“What I see in him is a tough kid whose faster and more elusive than people think,” said the Ticats head coach. “He still has to work on his vision a bit but his feet are really good, they’re quick, he doesn’t go down with the first guy unless he’s unblocked. He seems to fall forward a lot so for the amount of time he’s committed to learning running back and committing his training to that position, I’ve been.. not surprised, but happy for him and happy for us.”

You have to believe if Bennett doesn’t get another chance to shine like Labour Day when other Ticats back start to get healthy or Sutton runs away with the job he’ll still find a way, on offence, defence or special teams to contribute.

It doesn’t matter to Jackson Bennett he just wants to play and most chances he’s been given he makes the most of. A true throwback to an era of natural athletes capable of affecting the game on any play from either side of the line.