Lions trying to get back to winning ways against REDBLACKS 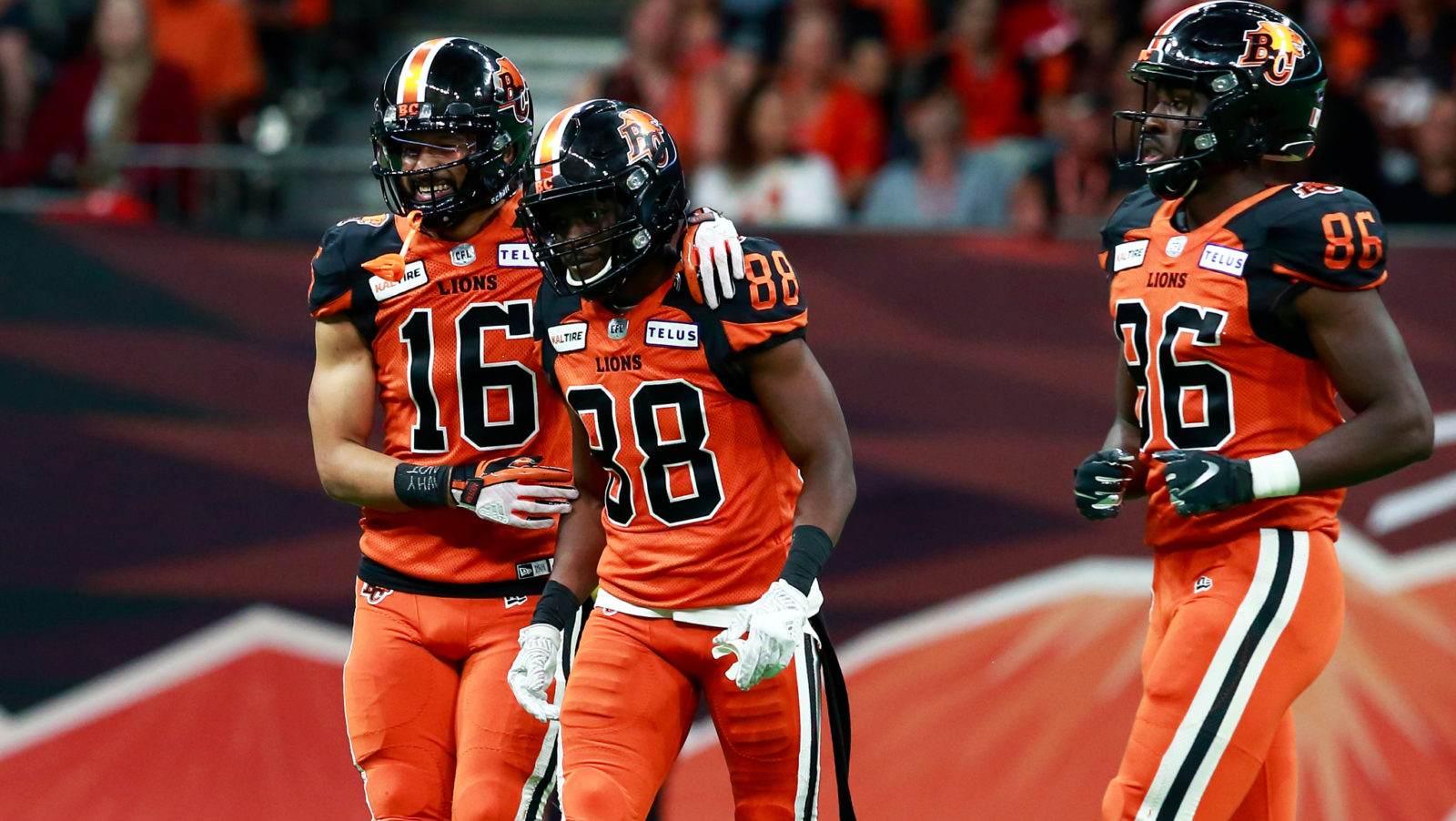 Lions trying to get back to winning ways against REDBLACKS

VANCOUVER — The Lions made the direction of their rebuild clear in the early hours of free agency, opting to bring in the highly-coveted Mike Reilly after previously declaring their intention to cut ties with Jonathon Jennings, a quarterback who showed flashes of brilliance in his first full season as a starter in 2016, then saw injuries and inconsistency hinder his progress in the two seasons that followed.

Now the 27-year old product of Saginaw Valley State has been given the keys to Ottawa’s offence in place of the struggling Dominique Davis. It will be the third start for Jennings as a member of the RedBlacks to go along with a couple of relief appearances early in the season. We may not yet be seeing the Jennings of 2016 lore, but Junior Luke knows a thing or two about what the quarterback is capable of.

“I expect a quick game from him, he’ll pull the ball out fast and he can run,” said Luke.

“We’ve got to make sure we keep him in the pocket, force him to make good throws and make sure we don’t let him score.”

That last part goes without saying. Luke and the veterans on defence may be familiar with a lot of Jennings’ tendencies, but practising against him on a daily basis only goes so far. They know they have to be ready.

“It’s obviously an advantage in some way, but I think Ottawa is playing a completely different offence. It’s more run and RPOs and that’s probably good for him because he’s not going to hold onto the ball for too long. We just have to take advantage of what he’s giving us and make plays.”

They’re saying all the right things. But you know deep down they want to make this a return to forget for their former quarterback. 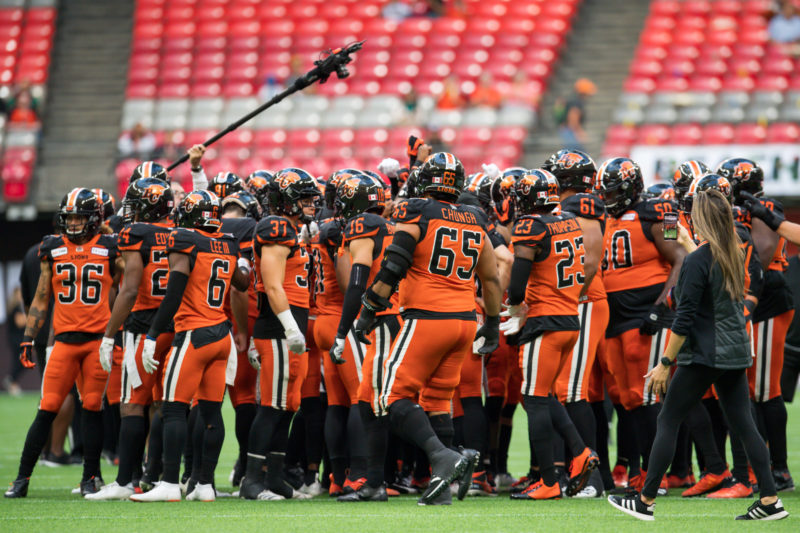 Members of the BC Lions huddle up ahead of their opening game against the Winnipeg Blue Bombers (BCLions.com)

An Ode To The Defence

Speaking of the defence, we would be remiss if we didn’t take a moment to talk about how much they have improved over the last couple of weeks. Yes, they allowed two or three key plays to slip away in Montreal, specifically on the Alouettes’ eventual winning drive, but they did a nice job of controlling the game in the third quarter and turned in perhaps their best effort

“It’s just the familiarity with the system and the guys,” said head coach DeVone Claybrooks.

“Early in the year, you’re trying to find the pieces that mix well together, that play well together and can play one side of the unit. We were two or three pieces away and we feel that we found those pieces in the last few weeks and we’ve got guys in positions. They’re also familiar with the uniqueness of the way that we try to run our defence.”

Flashback to August 24th where the only touchdown allowed in a 13-10 loss to Hamilton came with a short field after a fake punt attempt backfired. In that loss, they only allowed 287 yards of total offence and that came one week after they only gave up 302 yards to the West Division-leading Winnipeg Blue Bombers.

As for some of the new guys in new positions Claybrooks mentions, those that deserve kudos include linebackers Maleki Harris, Isaiah Guzylak-Messan and Kevin Haynes. The return of both David Menard and Shawn Lemon on the defensive line has brought some needed production in both the run-stopping and pass rush game. They are well overdue to be rewarded for it.

With the defence starting to put it all together, the onus now rests on Shaq Johnson and the rest of the offence to back them up. Look no further than last week where they had to settle for two field goals inside the red zone before ultimately losing by five points. It’s been a problem they’ve run into more than once this season and finishing drives will be a major focus for that offence over the course of the final seven weeks.

“It gets annoying, you know what I mean, that you can’t finish and that’s kind of been the story of our season right now,” explained Johnson.

“But we’re just trying to figure it out. We’re not quitting, we’re always going out there and finding different ways and figuring out ways to be better and to compete.”

Yet they enter this week with the fourth-best conversion rate in the red zone at 56 per cent (14/25). Still, a couple of the games where they couldn’t capitalize on those key opportunities are a contributing factor to the 1-10 record.

“Obviously, when teams are scoring sevens and you’re scoring threes, that’s not a good look and you’re not going to win the game, generally. It’s just about us fixing what we need to do, looking in the mirror and just figuring out what we’ve got to do ourselves.”

You get the sense they are about to break out. 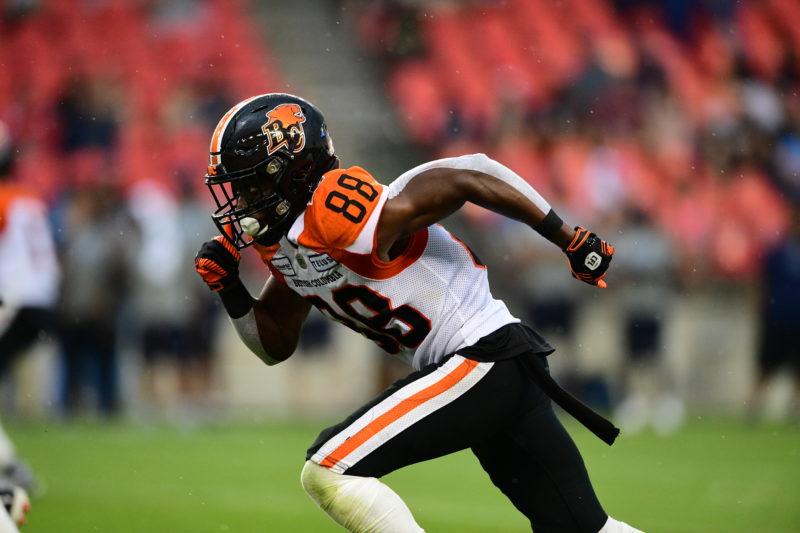 Milestone watch: Bryan Burnham is 152 receiving yards shy of 1,000 for 2019 and is well on pace to surpass his career-best of 1,392 yards set in 2016. He would be the first Lion to eclipse 1,000 yards in four straight seasons since Hall of Famer Geroy Simon who did it every season between 2003 and 2011. Last week in Montreal, Burnham had eight receptions on eight targets for 129 yards and the Lions’ only major of the game.

The Lions will look to avoid their first 1-11 start since the expansion season of 1954.

Since Ottawa’s return to the CFL in 2014, the Lions and RedBlacks have split ten regular season meetings. The Lions swept the season series in both 2014 and 2016.

More kudos for the defence: in the first eight games, they recorded just four interceptions. They have five in the last three games.

Odell Willis is long overdue to record the 100th sack of his great career. He has failed to take down the quarterback in each of the last seven games.

Injury updates: offensive lineman Sukh Chungh has been placed on the six-game injured list with a hairline fracture in his leg suffered on August 24th against Hamilton. Fullback David Mackie (knee) will also miss an extended period of time. Rookie Mario Villamizar takes his spot at fullback while fellow 2019 draft pick Jamel Lyles will make his professional debut in a special teams role.

The RedBlacks are starting eight Canadians on offence, including all five offensive linemen, and none on the defensive side of the ball. Starting safety Antoine Pruneau could be done for the season after getting injured on the opening kickoff last week.

TSN 1040 has you covered, beginning with the pre-game show at 5:00 PM. Bob Marjanovich and Giulio Caravatta have the action at 7:00 PM. Viewers can watch on TSN 1 while fans south of the border can view it on ESPN 2. Fans across the pond in the UK and Ireland can watch on BT Sport.